This morning, a Hacker News thread led me to this blog post, in which Hamburg, Germany-based Michael Büker exposes a nasty trick and smear campaign from 1&1 Mail & Media, a subsidiary of United Internet, one of the world's largest web hosting and webmail companies.

Hiding their identity as good as they legally can, United Internet - which operates free webmail solutions Web.de and GMX.net through subsidiaries - is apparently trying to trick millions of users into uninstalling certain Google Chrome and Mozilla Firefox extensions, the most famous of which are Adblock Plus browser add-ons.

It does so by leading users of its GMX and Web.de webmail products to a website browsersicherheit.info ('browser security' dot info) via a yellow website bar, misleading them into believing they're visiting an innocent site that lets them configure their browser settings. 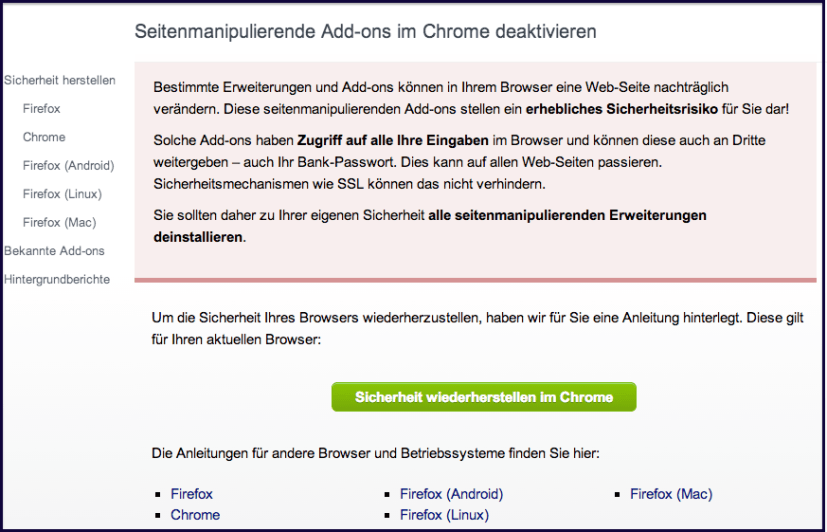 The site is designed to look like a security settings page, and only a small greyed-out 'Imprint' text at the bottom of the page shows the identity of the website publisher (you guessed it, 1&1 Mail & Media). 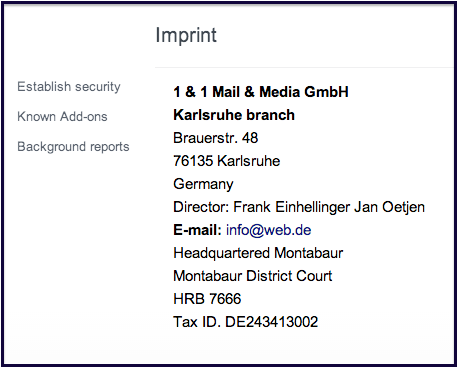 The browsersicherheit.info website goes to great lengths to instil fear in users' minds, tricking them into thinking their security is at risk for using browser add-ons that are merely designed to block advertisements (which is of course United Internet's main income from free webmail products).

Users are invited to learn how to 'restore security' by disabling and removing the supposedly unsafe browser extensions, singling out Adblock Plus products for 'filtering page content' (cute, United Internet), Adguard, Awesome New tab Page and a handful of others. 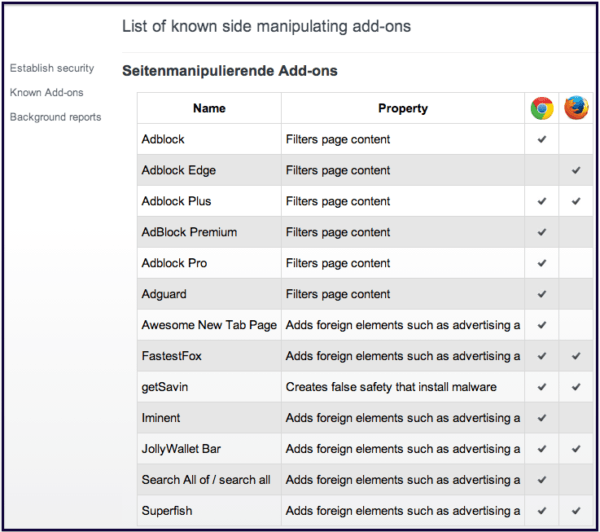 There's also some movement over at Adblock Plus, apparently.

This FUD campaign is a brazenly sneaky way of protecting one's business, and United Internet should be deeply ashamed for trying to mislead its users and making them believe their security is compromised by browser add-ons that aren't developed and distributed with malicious intent at all.

There's also talk of certain German media and online marketing companies looking into ways to sue Adblock Plus parent company Eyeo, which is based in Cologne.

I've contacted United Internet (which also owns Mail.com and Sedo) and 1&1 to learn what compelled them to sink this low, as well as Eyeo CEO Till Faida but haven't received any responses so far.

"We are aware of websites showing deceptive messages that attempt to persuade people to uninstall certain Mozilla Firefox and Google Chrome extensions.

Always be wary of scams or suspicious messages prompting you to install, upgrade or uninstall software from an unknown site."

German webmail providers are trying to trick users into removing Adblock, other browser add-ons
Comments 6
Follow the developments in the technology world. What would you like us to deliver to you?
All