Berlin, Germany-based venture fund and incubator Rocket Internet says its portfolio value went up by €74 million in the first half of the year, and published 100+ slides ahead of its earning call today.
Robin Wauters 17 November 2014
Share
Facebook Twitter Linkedin

Following its IPO last month, German e-commerce focused venture fund and startup incubator Rocket Internet will provide an H1 2014 results update for what it refers to as its "Proven Winner companies" later today at 11AM GMT (12PM CET).

Earlier this morning, ahead of the call, the company published a 107-slide presentation deck (PDF) on its website, detailing the progress of a large chunk of its portfolio while giving a rather bullish outlook on the future.

Rocket Internet, which says its aim is to become no less than the leading Internet platform outside of the United States and China, kicks off by outlining the "massive opportunity" ahead of it in the next decade: 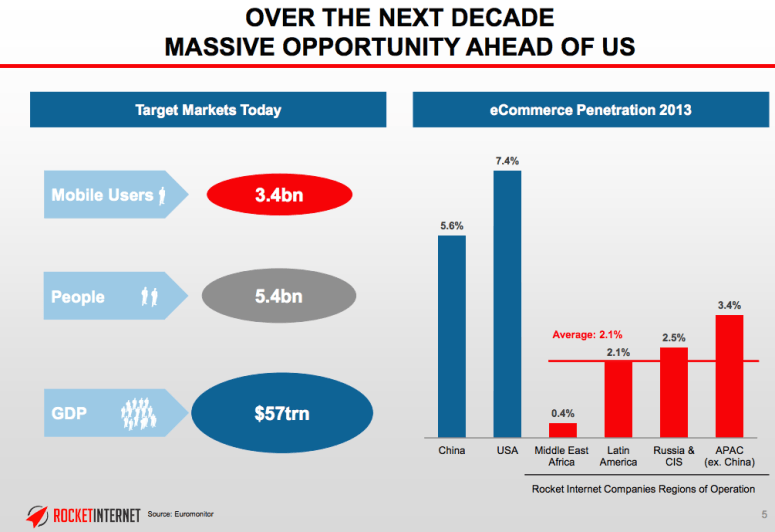 If its strategy is in no way clear to you, Rocket Internet is glad to repeat its modus operandi in one of the following slides: 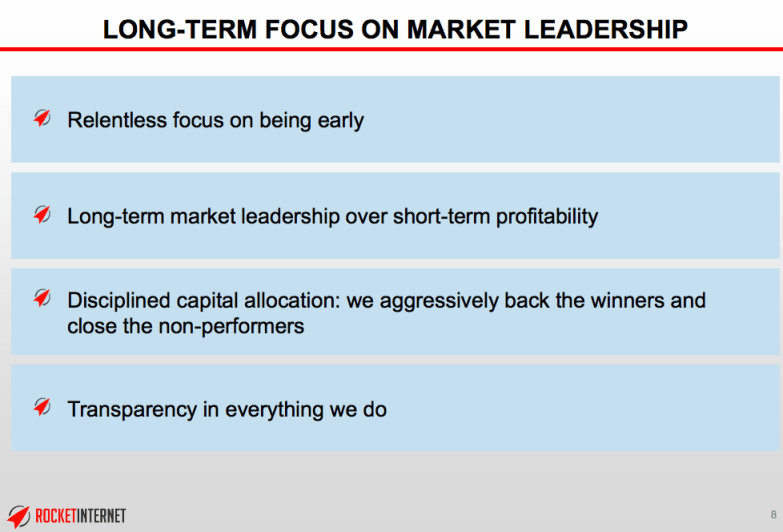 Divvying up its portfolio of companies into three main categories ("Concepts", "Emerging Stars" and "Proven Winners"), the maturity of its businesses looks something like this: 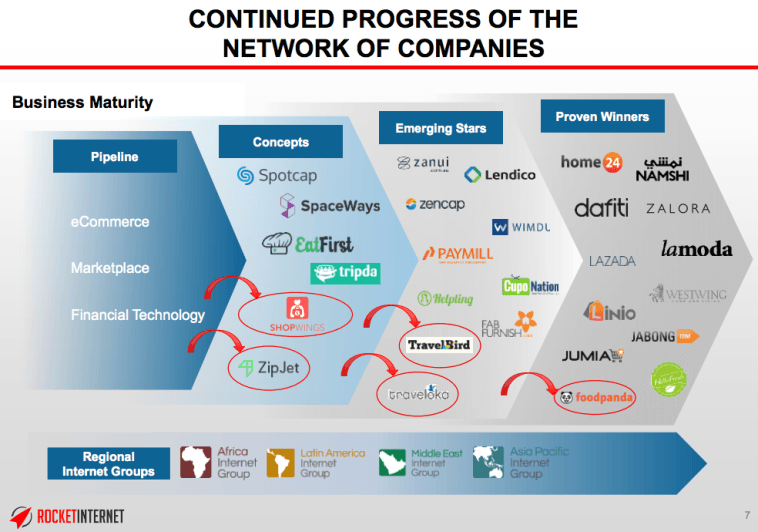 And this is how Rocket Internet says it's delivered on said strategy: 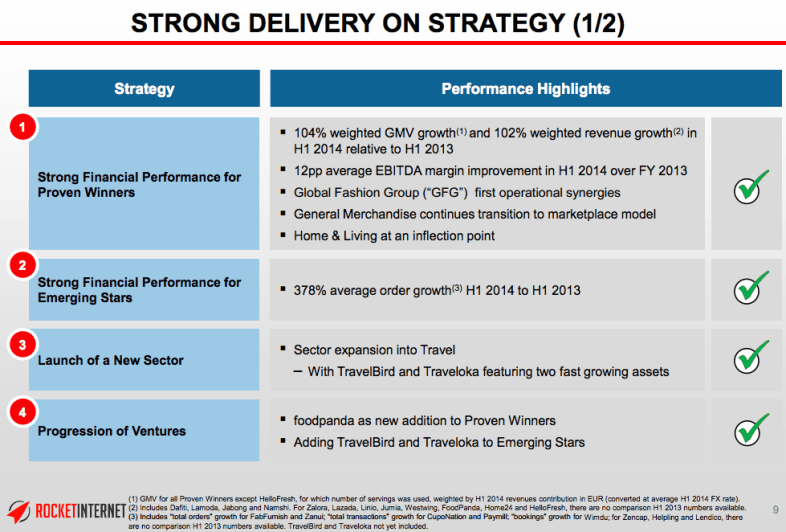 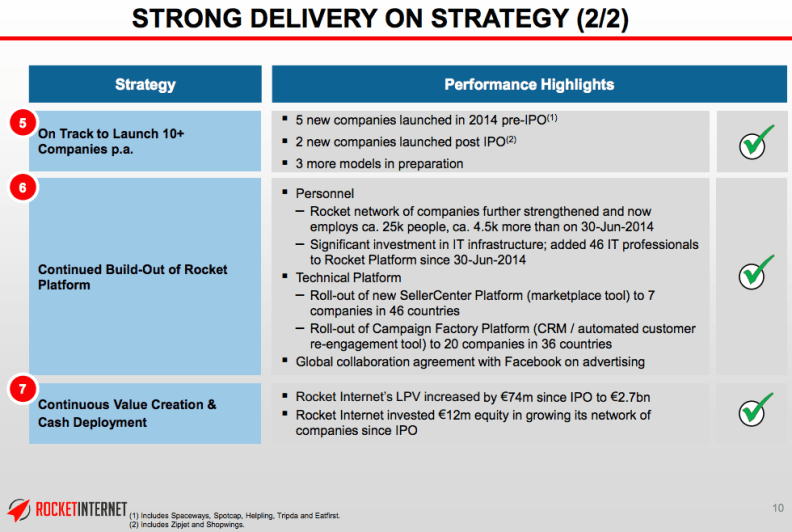 Interesting to note that Rocket Internet aims to launch 10+ startups per year.

Rocket Internet also says it's invested (only) €12 million equity in growing its network of companies since the IPO in early October 2014. 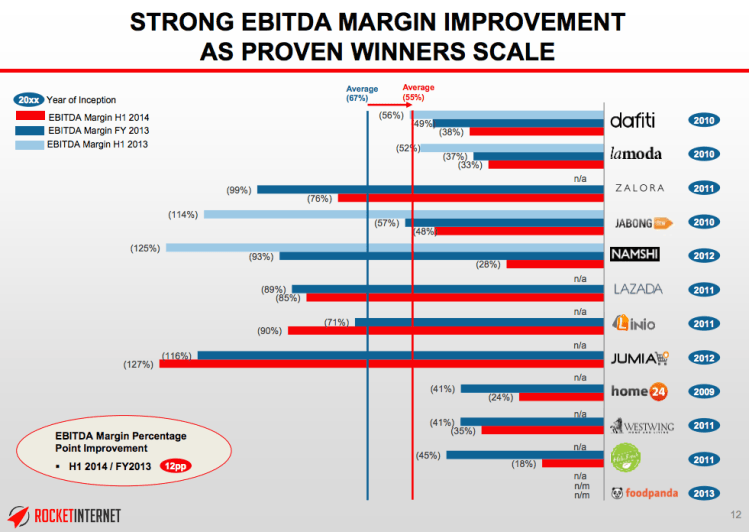 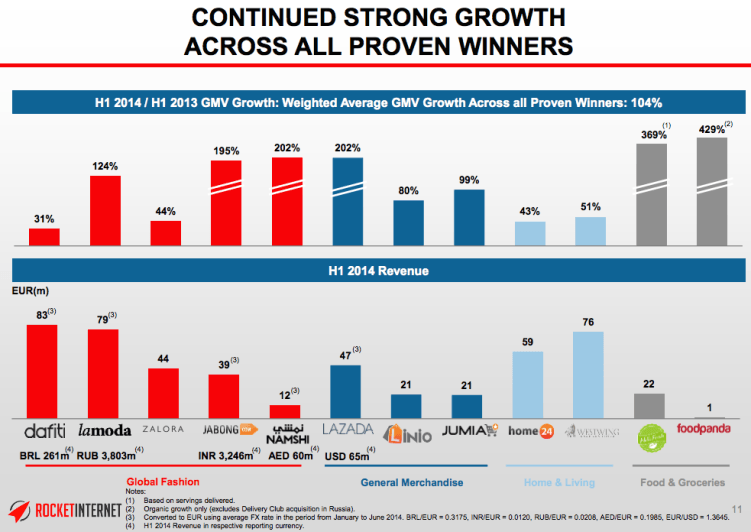 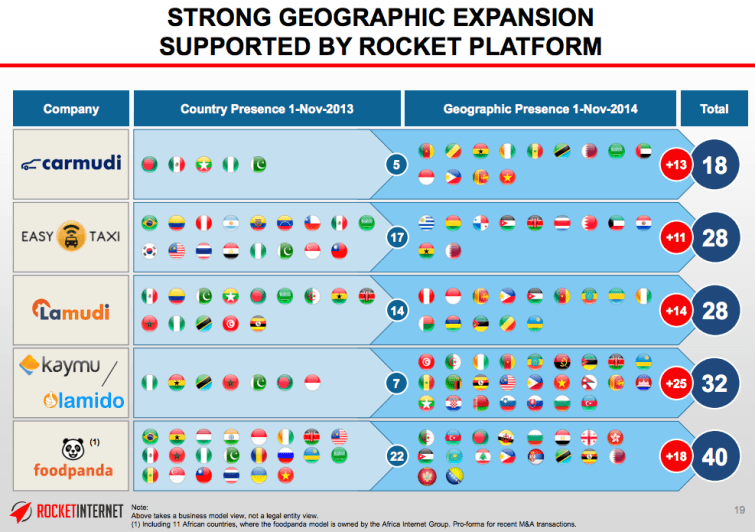 Since the company went public, Rocket Internet says the value of its growing portfolio of companies has grown to €2.7 billion (+ €74 million). 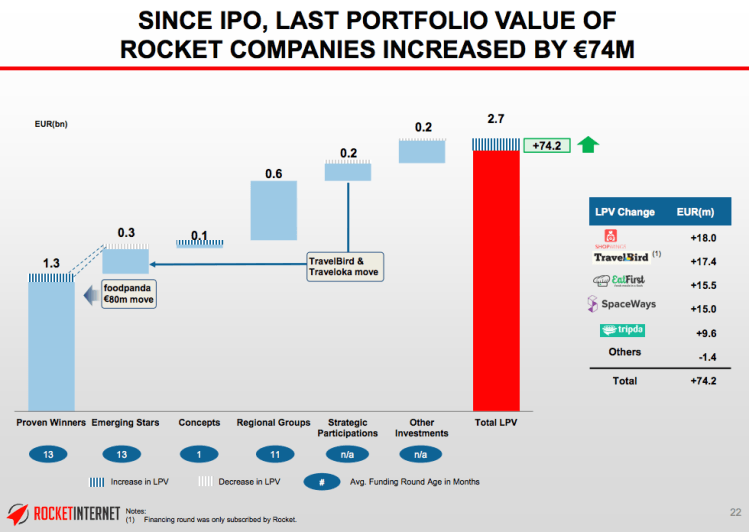 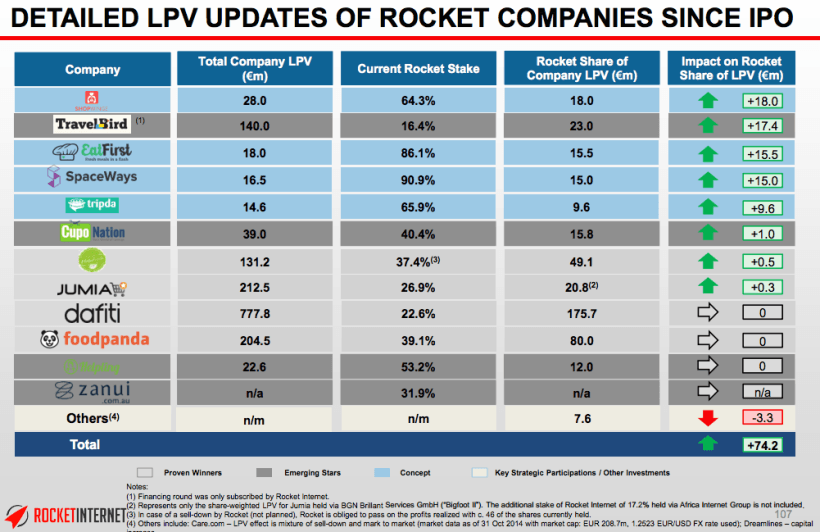 The rest of the slide deck provides a more detailed update and key financials on Rocket Internet's business(es) and expectations. The company says emerging markets is where most of its growth will come from, and that it is now looking more closely at the 'Travel' category for new ventures.

You can download the full deck here - stay tuned for more after the earnings call.

Also read: An inside look at Sweden’s Kinnevik, the money behind Zalando and Rocket Internet

Rocket Internet says portfolio value increased by €74m after IPO, gives bullish outlook for next decade
Comments 7
Follow the developments in the technology world. What would you like us to deliver to you?
All