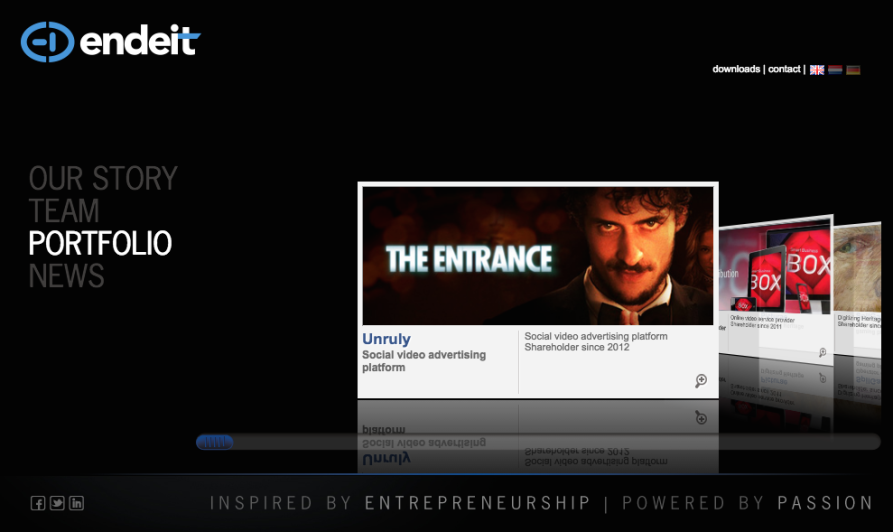 It's not just in London and Berlin that new VC firms are popping up, or raising huge new funds. Today, The Netherlands-based investment firm Van den Ende & Deitmers announced that it will henceforth be known as Endeit Capital and kicking off a second investment fund with an initial size of €107 million.

Van den Ende & Deitmers was started back in 2006 by Endemol founder Joop van den Ende and former member of Endemol’s Executive Board, Hubert Deitmers. Their new fund, under the new name, will focus "exclusively on providing growth capital to companies in the Internet industry", more specifically the fields of digital media & marketing, online commerce and services, edtech and mobile.

With offices in Amsterdam and Hamburg, the fund focuses in particular on the Benelux and Germany.

The main backers of the new fund are van den Ende himself, alongside the European Investment Fund.

No word on whether the VC firm will update its website, which looks like it was made in 1997.

Dutch VC firm Van den Ende & Deitmers morphs into Endeit Capital, launches €107 million fund
Comments
Follow the developments in the technology world. What would you like us to deliver to you?
All