Editor’s note: This is a sponsored article, which means it’s independently written by our editorial team but financially supported by another organisation, in this case, OSCON. If you would like to learn more about sponsored posts on tech.eu, read this and contact us if you’re interested in partnering with us.

Software architecture is a highly sought after role, says Neal Ford from IT consultancy ThoughtWorks. He will be presenting a day-long workshop at OSCON in Amsterdam on October 28 on making the transition from a developer position to software architect, which means mastering a combination of technical skills and soft skills. Neal told us more about what he will be covering.

tech.eu: What do you do at ThoughtWorks?

Part of my role at ThoughtWorks is to work on professional service projects, the consulting role, and part of my job is to speak at conferences like OSCON and also write books and magazine articles and that sort of stuff. 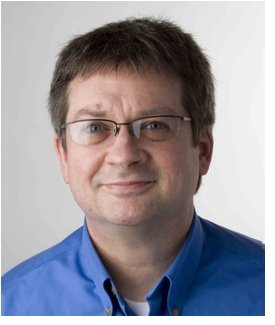 The observation that my friend Mark Richards and I made a few years ago is, if you look at most surveys, not just in the US but around the world, software architecture falls in the top ten . It’s one of the number one desired jobs in the US but if you look at the other jobs on the list, there’s a very clear career path to how you get to those jobs. It’s very vague how you become a software architect because it’s a very multi-faceted role on projects.

What Mark and I did was try to put together a combination of technical topics like architectural patterns but also soft skills like how to write more effectively, how to convince people of technical arguments and aspects of the job like that.

Your day-long workshop is split into two parts. What will each of the two parts be looking at?

Both parts cover all those aspects. The first part is subtitled From Developer to Architect, so the audience there are developers aspiring to be architects or the role that we refer to as “accidental architects” because if you’re a key person on a software project, you’re making decisions that are architectural in nature, they’re hard to change later, they have the ultimate impact, whether you have the title of architect or not.

Is that part for the experienced software architects more so?

Will your colleague Mark Richards be conducting the workshop too?

He helped me write the talk. This is derived from the O’Reilly video series, Software Architecture Fundamentals, we have five videos in that series now. He and I co-authored those videos and do this workshop when we’re both available but our schedules are very hectic. He couldn’t make it to Amsterdam so I’ll be doing it by myself.

Have you attended OSCON before and what has your experience been like?

I really like conferences like OSCON that are based around a diverse technology stack. When for example you go to a Java conference or Microsoft TechEd, it’s a very homogenous group of attendees whereas you go to OSCON and you have open source Java developers and PEARL developers, and Python, or statistical data scientists because the common theme is open source not a particular technology stack. You get a diversity that’s unusual at conference and I think that benefits the conference because one of the things you’re encouraged at OSCON is certainly go to the talks that are in your subject area but go see something wild and crazy. If you’re a Java developer, go to a few Python talks and see how they live. It’s one of the best things about a conference, you can stumble into a subject area.

Do you speak at many conferences on this subject?

We’re really trying to upgrade that role as much as we can.

tech.eu: The European edition of the open source conference OSCON will be taking place in Amsterdam between October 26 and 28, bringing together some of the biggest players and budding startups from the open source community.

Click here for more information on registering for OSCON.

OSCON: ThoughtWorks’ Neal Ford demystifies the fundamentals of software architecture
Comments
Follow the developments in the technology world. What would you like us to deliver to you?
All

NEXT
When Startup Europe met Silicon Valley
Having spent the better part of this week in Barcelona for the White Bull Summit, I haven't yet had a chance to jot down some of my thoughts…
Robin Wauters