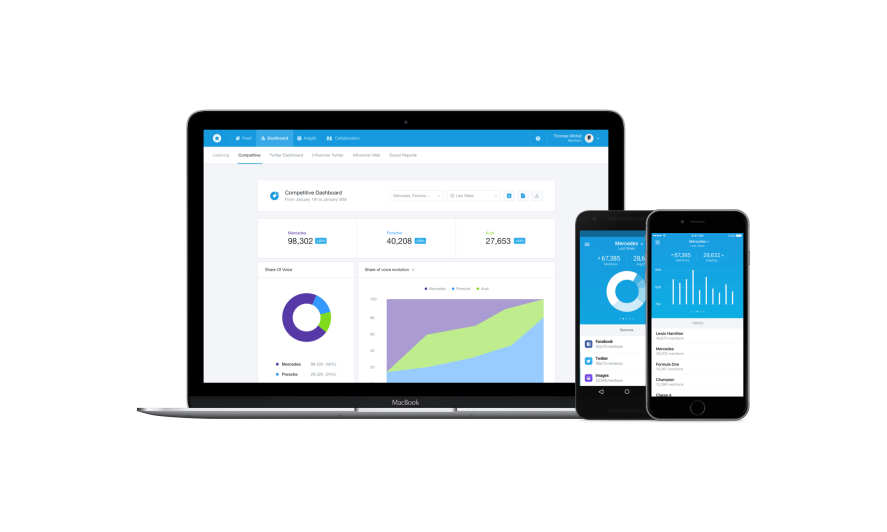 The startup, whose app collates and monitors data from the web and social media, is also celebrating the milestone of 500,000 users. Microsoft and Adobe are among its customers.

Mention Enterprise gives its business customers more flexibility, according to a spokesperson for Mention, such as the Boolean queries feature for creating targeted alerts, widening or narrowing monitoring alerts as well as access to a team of monitoring experts to provide assistance in growing their brands. Mention Pulse is a modified notification system that notifies customers when one of their alerts is seeing more mentions than usual.

It has seen its staff number in its Paris and New York offices grow to 40 over the last year. The company added that it has “tripled its revenue” but declined to share any figures.

Mention was founded in 2012 and now has more than 500,000 customers in 125 countries. It raised $800,000 in funding on 2013 but the startup added that it is seeking further funding at some point this year to accelerate its growth.

Paris-based Mention launches new enterprise services, reaches 500,000 users
Comments
Follow the developments in the technology world. What would you like us to deliver to you?
All