You CEE? Private equity and VC funding for Central and Eastern European firms highest since 2009 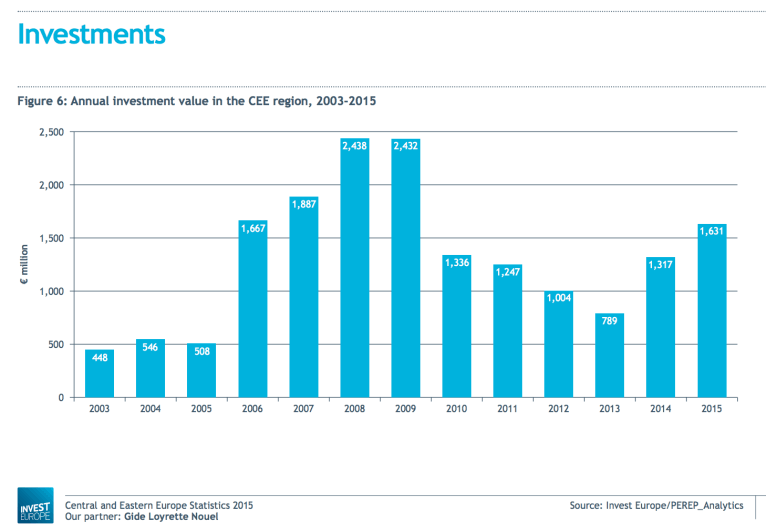 Invest Europe, the Brussels-based non-profit that seeks to represent Europe’s private equity, VC and infrastructure sectors, today published a report (PDF) on private capital investments in Central and Eastern Europe (aka the CEE region) in 2015.

The association's data shows that last year was a good one; to wit, private equity investment into CEE companies was clocked at the highest amount since 2009, when the financial crisis rather brutally put a stop to years of continued growth.

The total investment amount in 2015 increased 25% year-over-year to €1.6 billion, with the number of companies backed matching 2014’s record level.

Last year was also a solid one for private equity exit activity in the region as well, with a record 97 companies exiting at a total value of €1.2 billion – measured at historical investment cost. Invest Europe says that makes 2015 the third-highest year on record for exits. 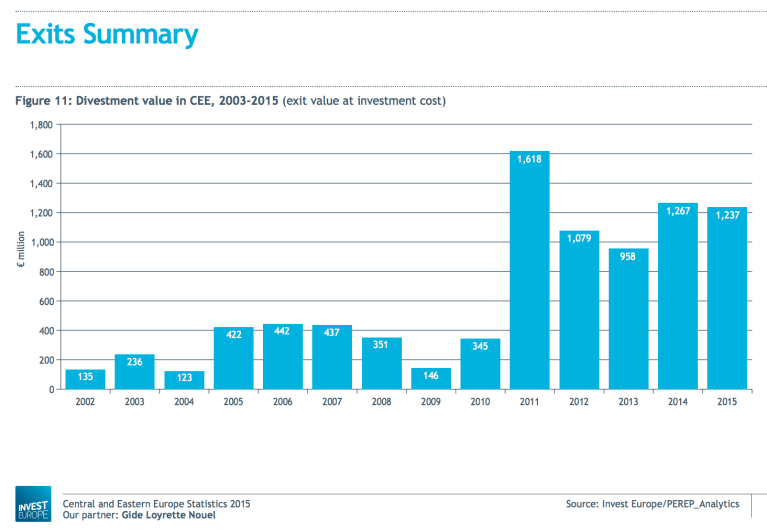 Still according to Invest Europe, over 200 companies in the CEE region received venture capital investment in 2015, including nearly 130 startups.

The highest investment amounts were focused on businesses in Poland, Serbia, Hungary and Romania, comprising 85% of the region’s total investment activity by value in 2015.

EU Tech Funding Report for Q2 2016: a down quarter on the surface, a strong one underneath

You CEE? Private equity and VC funding for Central and Eastern European firms highest since 2009
Comments
Follow the developments in the technology world. What would you like us to deliver to you?
All