GeektimeIsraeli AI analytics startup Logz.io reels in $16 million from OpenView and 83NorthGeektimeTel Aviv-based startup Logz.io just pinned down a new $16 million Series B funding round, the company announced Tuesday, led by OpenView. Before this round, they had raised a $6.7 million Series A funding round led by 83North in October of last year.
Shaheen Samavati 16 November 2016
Share
Facebook Twitter Linkedin
Share
Send email Copy link 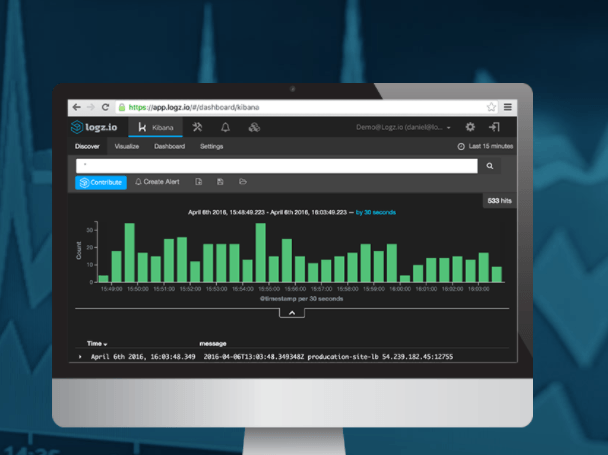 Tel Aviv-based data analytics startup Logz.io has raised $16 million in a Series B funding round.

The company, which has been in business since 2014, says it is combining the ELK stack — Elasticsearch, Logstash, and Kibana, an open-source analytics platform developed by Elastic — with machine learning. AI-powered platform called Cognitive Insights in August this year that combines manual DevOps with machine learning to go over log data.

The company says it has 700 corporate clients in 55 countries. The company previously raised $6.7 million in a Series A funding round led by 83North in October of last year and a $1.2 million seed round from Giza Venture Capital in February eight months prior to that. Both firms also invested in the recent Series B.

Israeli AI analytics startup Logz.io raises $16 million from OpenView and 83North
Comments
Follow the developments in the technology world. What would you like us to deliver to you?
All