Tech.eu Insights creates insight and guides strategies with its comprehensive content and reports. Browse popular Insights content.
Examine the effects of the latest technology with the Tech.eu lens, see the details and create powerful strategies. Take immediate action to access exclusive articles and reports.
Review Advantageous Packages
Does your company have Insights access? Check it
Investment
Sponsored by 0100 Conferences

Editor’s note: This is a sponsored article, which means it’s independently written by our editorial team but financially supported by another organisation, in this case, 0100 Conferences. If you would like to learn more about sponsored posts on tech.eu, read this and contact us if you’re interested in partnering with us.

European venture capital industry is heating up, creating an investment landscape more exciting than ever before. An active participant in this growth, Germany has now become one of the VC hotbeds of the region, being the home to some of Europe's most active VC firms like HTGF and HV Holtzbrinck Ventures.

On September 19, more than 250 European VCs will gather in Berlin for 0100 Conference, an exclusive one-day event for industry leaders in growth and corporate venture capital. The event is held in partnership with the German Private Equity and Venture Capital Association (BVK).

Although this is the first edition of the conference in Berlin, 0100 has held several VC-focused events before in Dublin, Luxembourg, Vienna, Copenhagen, Prague, and Bratislava. Some of the notable speakers from the previous editions include the founding partner at Seedcamp Reshma Sohoni, partner at Balderton Capital James Wise, and partner at 500 Startups Matt Lerner.

The 0100 Conference in Berlin will focus on corporate venture capital, regional VC ecosystems, and, not surprisingly, the impact of cryptocurrencies on the industry. Here is a small sample of the conference's speakers. 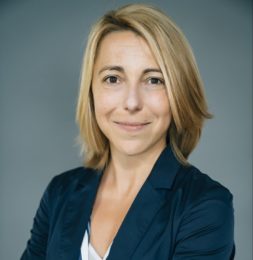 The opening panel on corporate VC in Europe will feature Itxaso Del Palacio, partner at Microsoft's Venture Fund M12, and Jon Koplin, director at Cisco Investments. Itxaso has experience with digital media and consumer technology, as well as early-stage startups and their commercialisation. She's also actively involved in teaching entrepreneurship at UCL and Imperial, having received an Economics and Venture Capital focussed PhD.

Jon Koplin leads the team responsible for investments, joint ventures and acquisitions in Europe, the Middle East and Africa at Cisco. He's an experienced early-stage investor, who also held operational roles at Samsung and Google, as well as NetBeans, a Java IDE acquired by Sun Microsystems in 1999.

Another notable speaker is François Auque, general partner at Airbus Ventures who works on the firm's European investments. Come to the “Strategic investments” panel to hear from an industry expert with over 20 years of Aerospace experience.

At the session, François will share the stage with Karen Stafford, who is the Central, Northern and Eastern European investment director and regional manager for Intel Capital. Speaking from her eight years of experience at Intel Capital and on the boards of many companies funded by the VC firm, Karen will share her take on strategic investments.

You can also expect to see our founding editor Robin Wauters at the conference moderating the Deal Sourcing session in the morning—come and say hi!

The conference will commence on September 19 at the Maritim Hotel Berlin. tech.eu readers receive a special last-minute discount for the event, just use this code during registration: BE18TECH.

0100 Conference brings VC industry leaders to Berlin on September 19
Comments
Follow the developments in the technology world. What would you like us to deliver to you?
All