Barriers to entry: a look at Europe's (lack of) inclusive entrepreneurship programs

Guest writer Selin Bucak takes a look at a number of inclusive entrepreneurship programs in France and other countries across Europe, and how they fall short.
Selin Bucak 05 October 2022
Share
Facebook Twitter Linkedin

Governments are throwing money at startups, whether it’s through grants or loans, in an effort to boost entrepreneurship and become the next startup nation in Europe.

However, despite the different programmes launched by various states to support founders, there is still a lack of inclusive entrepreneurship across the continent. To plug the gap, some state-backed initiatives have been set up, but most focus on increasing gender or ethnic diversity, without a particular consideration of socio-economic backgrounds.

A report last year by angel network Cornerstone Partners, non-profit Diversity VC and consultancy Engage Inclusivity found that 75% of the founders of European startups that raised venture capital or were eligible to do so, came from advantaged socio-economic backgrounds. Just a handful came from families living on welfare entitlements.

Difficulties accessing finance, gaps in skills, institutional barriers such as social attitudes or lack of childcare, and under-developed networks, are all barriers to entry to entrepreneurship.

An OECD report published in 2021 suggested that despite several examples of government support for inclusive entrepreneurship, there are still several areas for improvement “including an uneven quality of support, an insufficient focus on business development and growth, too few support offers for immigrants, seniors and people with disabilities, and a continued reliance on financial supports”.

The initiative was launched in 2019 by the French Tech Mission, within the Ministry of Economy and Finance. It is now in its third round. The first two calls for projects received more than 2,000 applications. There were 350 projects in the first cohort and 600 in the second.

To be eligible applicants must either be receiving minimum social benefits, be a scholarship student, be a ward of the state, reside in an area that’s identified as disadvantaged or have refugee status.

As part of the programme entrepreneurs go through a two-month preparatory phase and a one year incubation to develop their idea. More than 90% of the startups that went through the incubation phase are currently still in development, and more than half have hired additional employees with their first year.

Examples of companies coming out of this programme include E-fusion, Fil & Fab, FeedMi France and Spriiks. 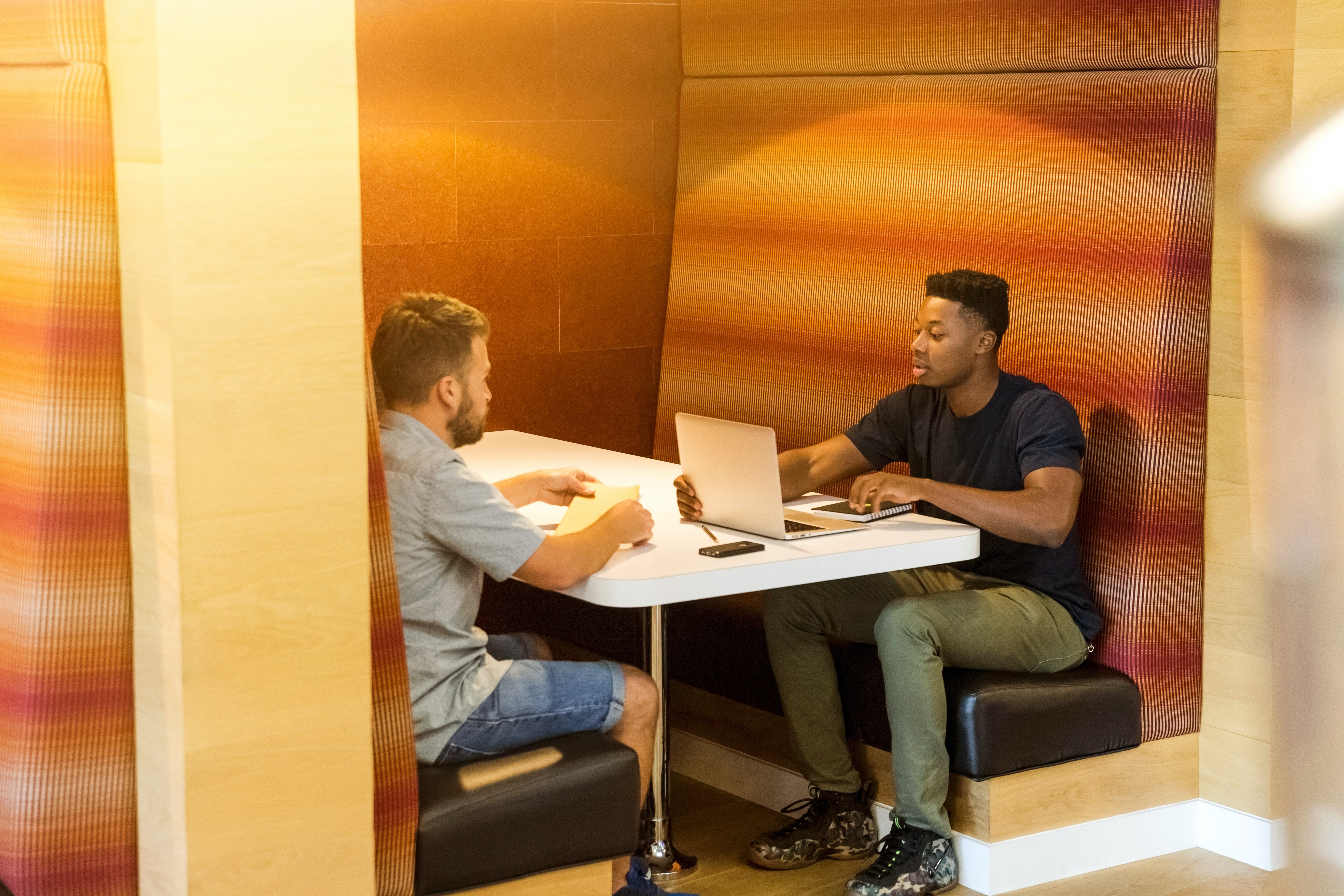 Clara Chappaz, director of the French Tech Mission said: “French Tech Tremplin…allows us to address an issue which is key for startup ecosystems: diversifying the profiles of entrepreneurs. Our objective is to remove the socio-economic barriers that still keep too many people away from entrepreneurship, by offering intensive and concrete support.”

Ernest Boadi, who founded E-fusion, said the programme helped him build proof of concept and the opportunity to go to market. The programme also provides €42,000 in financing to set up the business, including for hiring developers.

Boadi said he was sceptical at first, but has found it incredible helpful to develop his business. And while he believes the French Tech Mission has done its best, the rules of the financing can be too restricting at times, he said. For example, he is unable to use part of the capital on communications, to build brand awareness in the market.

Glwadys Le Moulnier, was in the first group and set up Spriiks, a photography platform.

One aspect of the programme that set it apart for Le Moulnier was “meet your VC” events held by the organisation, where there is a reversal of roles and venture capital funds pitch companies.

She believes it will help improve diversity within the startup ecosystem in France.

“I’m 37 and have been a photographer all my life. I’ve had a lot of problems as a woman and I’m never enough, either because I’m an artist, I don’t live in the right place or don’t have the right parents. It’s the first time I see a programme where everyone loves it. It gives a huge opportunity to people who want to be entrepreneurs.”

Other countries have also initiated programmes designed to support inclusive entrepreneurship, although France stands outs in its focus on socio-economic disadvantage. Many of the programmes that exist across Europe either focus on improving gender diversity or youth entrepreneurship, with few focusing on unemployed people.

The UK has a programme called the Start Up Loans, which was established in 2012 to help new and early-stage businesses access affordable financing and mentoring support. Since launch 40% of loans have gone to women, 20% to people from Black, Asian or ethnic minority background and 34% went to previously unemployed people.

“Our Start Up Loans programme provides finance and advice to new and early-stage UK businesses, and has been particularly successful in supporting entrepreneurship in deprived areas, as well as for female and BAME-led businesses,” a government spokesperson said.

The Austrian Public Employment Service has a Business Start-up Programme to help unemployed people to start their own business.

In Spain, the economic development agency of Barcelona set up the Inclusive Entrepreneurship Model to provide training and advice to groups that are disadvantaged due to their social or personal circumstances.

In the Netherlands non-profit group Techleap is going to be launching a network for intersectional tech executives in October. However, this will be open only to those who have already become a C-level executive in tech or a rising “head of”.

And in Germany, there has been a focus on supporting migrants to become entrepreneurs, in an effort to help integrate them into the labour market. A programme called Start-up Your Future was ran from 2019 to March 2020 as a pilot project in Berlin-Brandenburg, but has not since been extended or expanded to other regions.

Barriers to entry: a look at Europe's (lack of) inclusive entrepreneurship programs
Comments
Follow the developments in the technology world. What would you like us to deliver to you?
All