Pre-money deal values cruised to a median of  €8 million in the nine months to September, up € 2 million from Q1 to Q3' 2021, and deal value soared 8.8% on the year to reach €5.7 billion, although Pitchbook warned "fluctuations" were possible as the year draws to a close. 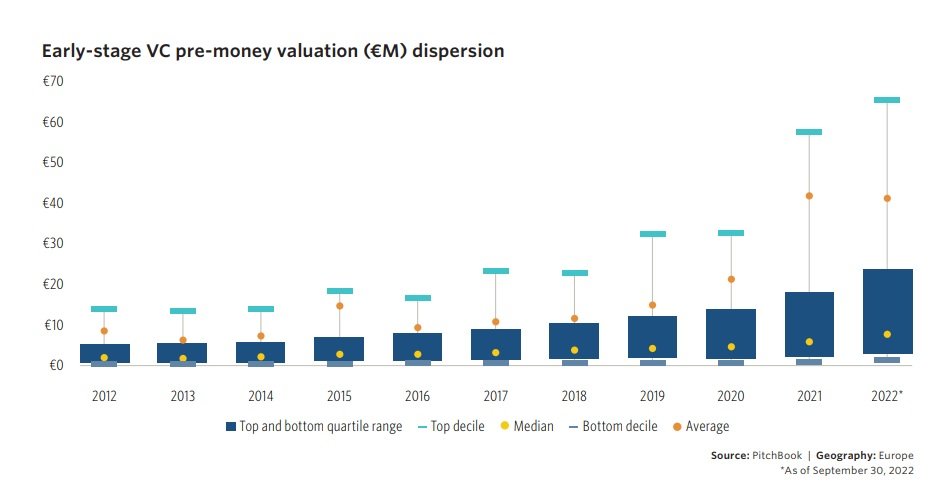 The report published by Pitchbook earlier this week also offers an argument that the decreased allure of IPOing means early-stage valuations are continuing to flourish.

In pure average terms, exits "pulled back from 2021 levels" by the end of the third quarter, but the median exit of €39.8 million remained 2.8% higher year/on/year and more than double on 2020 as acquisitions-driven traffic "kept a healthy momentum."

"But as private markets have exploded in the past — going from €332 billion in 2012 to €3 trillion in 2022 in total assets under management across venture funds — unicorns will only pursue an IPO if public market conditions are favourable.

"Otherwise, they are happy to flourish within the VC ecosystem." 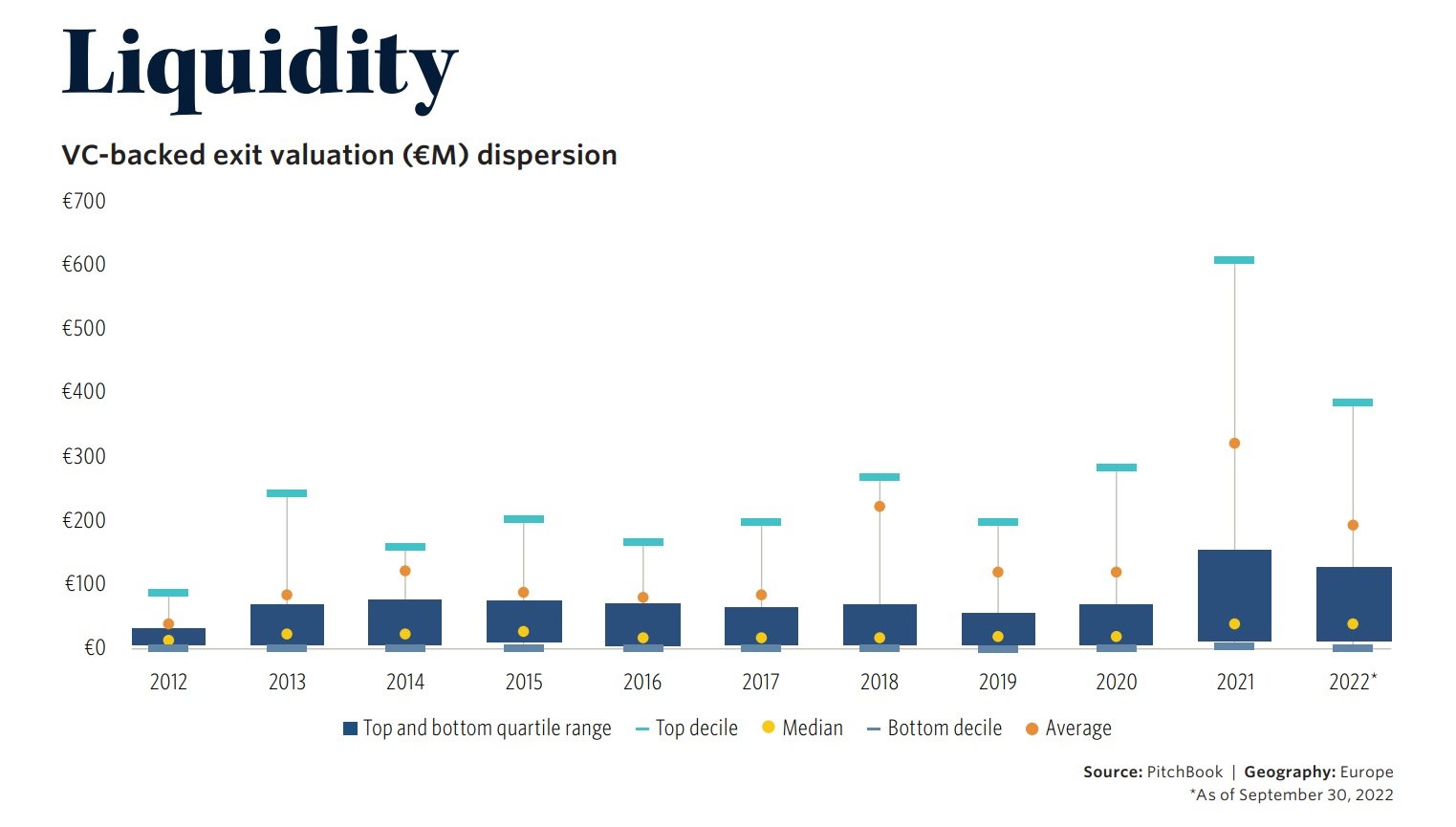 Unsurprisingly given the early tremors of the downturn, the data indicate a "flattening of deal activity" so far this year. As the heating up of deal activity has softened, the role of non-traditional VC investors appears also to be diminishing, with these VCs backing 2,991 deals at September-end, compared to 4,538 in FY' 2021 (and 3,866 on a 311-day basis.)

However Pitchbook says VC appetite is continuing to manifest to channel funding to "several high-profile" companies, founded in challenging circumstances but with highly promising business models which could prove successful even as capital markets tighten.

Meanwhile the median deal size for the earliest VC deal making stages, namely angel and seed rounds, trended at €0.5 million and €1.8 million throughout the first nine months of the year.

European VC pre-money valuations remain on track - for now: Pitchbook
Comments
Follow the developments in the technology world. What would you like us to deliver to you?
All

NEXT
Aiming to give SMEs tools to evolve and thrive, Parisian startup Simbel raises €4 million
Small businesses want a stake in the pie when…
Callum Cyrus