From brain training to edutainment: Getting serious with gaming 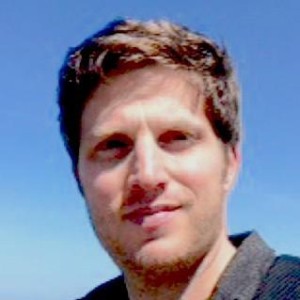 co-­founder at Brainbow, the creator of Peak app.
More articles

Editor’s note: This is a guest post from Sagi Shorrer, co-founder of London-based startup Brainbow, creator of Peak app.

We’re seeing a revolution in the use of games for purposes beyond mere entertainment. ‘Serious games‘, as they are known, are on the rise. The idea is simple: the best way to get people to do something is to make it fun.

But the new ‘serious gaming’ is about more than just educational interactivity – the purpose of a game can be to help the player’s health, give them a perspective to empathise with, or even let them participate in solving a major scientific problem.

What’s more, we’re seeing the intersection of serious gaming with two other important trends. One, is the rise of mobile gaming. The other, is self-monitoring and self improvement, which is often referred to as ‘quantified self’.

A look at the ‘serious gaming’ landscape – some examples

A team of surgeons created Touch Surgery, a simulator that uses touch gaming to aid the teaching of surgery. SimCityEdu: Pollution Challenge!, produced by Glasslab, uses realistic pollution models to offer a challenge of balancing environmental impact with development in true SimCity style.

Some games have even been unintentionally educational: Plague Inc‘s realistic modelling of the factors involved in spreading disease was praised by the Center for Disease Control and Prevention.

Beyond education, some developers have used a unique immersive quality of games to help players empathise with perspectives outside of their own: Papers, Please by Lucas Pope gives players the chance to run a bureaucracy as an immigration inspector, where they must decide whether or not to allow applicants the chance to enter the state of Arstotzka.

Games can also be used to help benefit health: The Walk, created by Six to Start in partnership with the the UK’s National Health Service, encourages players to get walking by giving them context of a thriller game. As the characters move through the game by walking, so must the player, with motions being tracked by the phone’s GPS.

Foldit crowdsources the difficult scientific problem of protein folding. There are many billions of ways a protein can fold, which makes it very difficult to predict its folded structure. Players aim to fold a protein as well as possible, then researchers look at the highest scoring solutions to see if they can be made for the real protein and if they have any scientific benefit.

The first is the rise of mobile gaming – 64% of app users play games, more than for any other category. Over half of those players spend more than an hour per day playing.

The growth isn’t surprising, though. Since mobile devices are the most personal pieces of technology and they can be brought almost anywhere, mobile gaming offers many benefits. People can play mobile games during idle time, which would otherwise go to waste, while commuting, waiting for an appointment, and so on and so forth.

The second trend is the use of apps for monitoring and self-improvement. The trend started several years ago with fitness apps such as RunKeeper and Strava. In April, Facebook acquired the maker of Moves app, which is also part of the ‘quantified self’ trend. Apple is expected to announce soon its own wearable version, which would further boost the this trend.

But quantified self doesn’t just stop with physical training. Young professionals and executives are increasingly understanding the importance of mindfulness, regular assessment and other forms of cognitive improvement.

Almost a hundred years ago, psychologists and doctors realised that mental stimulation could help a patient recover from traumatic brain injury and compensate for the deficits caused by it.

As a commercial service, however, it first came into play in the 1980s. The early cognitive training methods required trained professionals to administer them. As a result, the first wave of cognitive gaming was restricted to specially-equipped research facilities.

Because of its origins, early cognitive gaming was used to combat health problems, such as compensating for neurological deficits and reducing the risk of age-induced dementia by keeping the mind active. Initially there was some skepticism about how effective cognitive training was, but nowadays, as more studies are published, it is gaining acceptance in the scientific community.

The rise of the information industry and how it changed gaming

Using the toolset of video games, anyone with access to a computer could play cognitive games without having to use other expensive equipment or trained professionals. Furthermore, the Internet made it easy to distribute cognitive games, and mobile devices meant they could be played anywhere… Cognitive gaming became a viable business.

According to recent market reports by SharpBrains, cognitive gaming actually has a larger potential outside the health market than within. In fact, individual consumers who purchase games for their own personal development are responsible for most of the growth in the market. The revenue for brain health (including both games and biometrics) in 2020 is projected to be $6 billion. Of that, half is expected to come from consumers rather than health providers or employers.

From this, we can see that third-wave of cognitive games – which are designed predominantly as apps for mobile devices making them more accessible and allowing them to fit more easily into the lives of busy professionals – aim to tap into this market.

Examples of the third-wave include our app Peak, designed to help users reach their peak performance at work and elsewhere in life, as well as Happify, which aims to increase happiness through brain-training games.

Overall, we’re seeing a growing trend – the new serious games, with their background in multiple areas and growing accessibility to users, are poised to have wide-reaching implications in education, in health and in the corporate world.