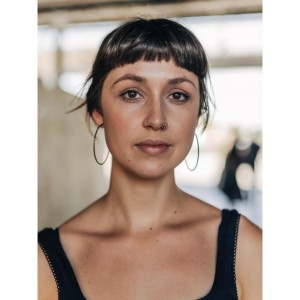 On the morning of Tuesday 2nd July the familiar thump of techno music, the smell of vegan burgers and a number of studious-looking techies were emerging from an abandoned-looking industrial complex on Nalepastraße in former East Berlin. Tech Open Air (TOA), Berlin’s largest interdisciplinary technology festival, was back in full swing.

Located at culture venue Funkhaus in a former GDR broadcast center, Tech Open Air welcomed approximately 20,000 entrepreneurs, artists and technology experts – 44 percent of whom were female – to participate in talks and workshops designed to make us all ‘future proof.’

This year’s three-day festival saw 150+ thought leaders in fields from deep tech, art and science take to the stage to share their vision on how to solve the world’s most pressing challenges. Discussions centered around topics such as urban mobility, mental health, climate change and data privacy.

In keeping with the festival’s aim to connect people from all disciplines, presentations were also given on the impact of music streaming on the record industry and how artists are engaging with new digital mediums. Founder of TOA and the brain behind this year’s program, Niko Woischnik, said that the cross-pollination between different industries is what creates innovation and progress in society.

“Interdisciplinary practice is what gave birth to the Renaissance,” he told me. “Think about Michelangelo and Leonardo da Vinci – they were engineers as well as artists.”

Founded in 2012, Tech Open Air was the first crowdfunded festival in Europe which was set up to foster collaboration and community within Berlin’s startup ecosystem.

Against the backdrop of a city that had formerly been divided by years of war and political unrest, the idea was to create a relaxed setting where startup employees could rub shoulders with CEOs on an even playing field.

“That’s why I believe it’s called Tech Open Air,” says Logan Ouellette, Berlin-based community builder and former TOA employee from the 2014 edition. “It borrows from Berlin that spirit of openness similar to the spontaneous open-air parties the city is known for.” The acceptance of new and unconventional ideas was certainly the vibe at the festival this year.

Day 2 kicked off with a number of talks outside on the Forest Stage about the power of meditation practices to calm our minds, support productivity and, ultimately, insulate us from the onslaught of information we absorb every day. Phoebe Kiddo, founder of Berlin-based mindfulness platform DreamHaus, opened with a discussion about how mindfulness can foster innovation and creativity, making it an essential part of any entrepreneur’s toolkit.

Additionally, Alex Zosel, cofounder of aircraft manufacturer Volocopter, discussed the advantages of launching air taxi transport services in cities across the world in a podcast later that afternoon.

For me, these talks prompted questions about the effectiveness of alternative transport methods, like the new e-scooters and electric bikes scattered across streets in Berlin, and whether they’re worth the time and investment.

Since the German government gave the green light to the use of such vehicles in cities across the country, citizens are still debating about whether they’re a practical means of getting about or simply a nuisance for drivers and pedestrians. Like the many car-sharing apps or delivery services Berlin’s ecosystem is known for, will this be yet another startup craze? Talks for the day wound up with thoughts from Mathias Döpfner, CEO of digital publisher Axel Springer SE about the current media landscape. Since the rise of digital content platforms has enabled everyone, in some respects, to be an author, Mathias argues that there should no longer be a distinction between blogger, journalist and publisher.

“There are many things we can learn from YouTube influencers and other content creators about reaching mass audiences,” he said. “The bloggers of today are the publishing giants of the future.”

The changing world of journalism also seemed to be a hot topic of discussion at TOA.
The following day, former Boston Globe journalist and author Ben Bradlee Jr. – best known for uncovering the sexual abuse scandal in the Catholic Church – discussed the decline of investigative reporting and the current crisis in regional journalism in the US.

“People need to support their local newspapers and be willing to pay for it,” he said, adding that online media is damaging the business models of traditional news outlets.

Discussion about newspapers in the States would not be complete without some mention of Trump’s unsubstantiated war on the press. This topic seemed especially poignant in light of American Independence Day which fell on the second day of the conference. Ben spoke about the President’s limited attempts to unify the country, his attack on freedom of expression and his uncanny ability to “rewrite the rules of politics.” On the topic of rewriting the rule book, whistleblower Erika Cheung shared her first-hand experience of ethical breaches at multibillion-dollar healthtech startup Theranos and how this has inspired her to promote a more trustworthy and safe environment within tech companies. She is currently launching a new non-profit dubbed ‘Ethics in Entrepreneurship’ to promote ethical practices within the industry.

Another notable speaker was Seth Bannon, founding partner of Silicon-Valley-based VC fund, Fifty Years, who discussed how deep tech companies can solve the world’s biggest problems. We caught up with him afterward to chat about Europe’s investment landscape and why risk-averse VCs are the reason why it still lags behind the US – stay tuned for more on that.

These ideas all came to life amid the familiar Berlin vibe of the conference. People could be seen dancing to techno, lounging on the Google Beach overlooking the River Spree and eagerly networking outside the many food trucks that were dotted throughout the site.

Berlin’s historic reputation for doing things differently, its cheap rents (at least for now) and its inherent ambition has attracted people from all over the world and has consequently created a vibrant and inclusive startup ecosystem. But it could still be doing more to support companies.

According to Zakaria Jaiathe – who only recently cofounded his mixed reality company Xibit in Berlin two months ago – securing investment can be an uphill battle for startups. Public funds in Germany and Europe more widely are slow and extremely particular with their requirements.

Additionally, Zak says that investors in Germany “expect an immediate return on investment which makes it very hard for user-based platforms to flourish.”

However, Berlin-based founders seem to agree that the ecosystem is brimming with passionate, hardworking people who are willing to help and support others and has a strong sense of community.

Since TOA has sparked the conversation about how companies worldwide can create a better future for everyone, I’m excited to hear more about what Berlin’s entrepreneurs can bring to the table.