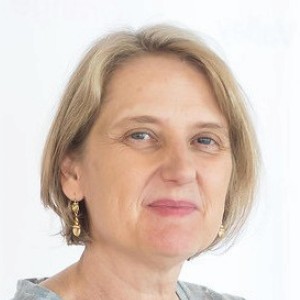 Gené is the Research Leader at Crunchbase exploring trends within private company data. She is an experienced public speaker and moderator currently focused on venture markets, female founders, and women in venture.
More articles

Editor’s note: this is an article from Crunchbase News written by research lead Gené Teare and syndicated with permission.

Europe’s venture trends differ from those seen in North America. For the U.S. funding market, 2018 was a peak. For Europe the upward trend in funding continued into 2019.

On a quarterly basis, the pullback started in the fourth quarter of 2019 and has continued into 2020. In general, the fourth quarter can be slower due to the end-of-year wind down, but in some years funding matched or outpaced a strong third quarter as venture markets heated up.

Sectors that garnered increased funding for both quarter over quarter and year over year include biotechnology, e-commerce and shopping, science and engineering, health care, and privacy and security. Leading sectors that picked up fewer investment dollars this quarter were in transportation and lending, both raising large funding amounts in the first quarter of 2020 as well as the second quarter of 2019.

Supergiant round amounts are down

The reset is far more pronounced at funding rounds above $100 million.

This contrasts with North America, where more funding is going to supergiant rounds at 52 percent of funding.

Notable Series A funding includes London-based Hopin, a virtual events platform, which raised $40 million led by IVP, and Berlin-based Choco, a platform to connect restaurants to the food supply chain, raised a $30.2 million Series A2 led by Coatue Management.

Significant Series B rounds include a $150 million round to London-based Checkout.com, an API platform for the checkout experience, led by Coatue Management. The round values Checkout.com at $5.5 billion. Berlin-based Trade Republic, a mobile-only, commission-free trade broker raised $67 million led by Accel and Founders Fund.

Series C rounds that stand out include an $80 million raise for Zurich-based Scandit, a mobile computer vision company for enterprises. Aircall, a cloud-based call center technology, raised $65 million led by DTCP, the investment platform backed by Deutsche Telekom. And an Index Ventures-led raise of $65 million for Taxfix, a mobile app that simplifies tax filing.

Investments into the U.K. market are more than double the next leading market, Germany. France rounds out the top three, followed by Sweden and Switzerland.

As venture capital is moving across borders, we also looked at the spread of European investors in 2020 versus those based in North America.

As expected, North American investors are investing more at the later stages. However, European venture investing is growing. (It is worth noting that leading investors Index Venture and Accel are headquartered in the U.S., but have a strong team and investment presence in Europe. Were we to attribute their investment to European firms, the impact is a 1 to 2 percentage point difference.)

Three European startups joined the unicorn board this quarter. Berlin-based Lilium, an all electric vertical take-off and landing aircraft for regional travel, raised a $240 million Series C led by Tencent Holdings in March. It raised a $35 million extension in June, adding Baillie Gifford as an investor. This latest addition to its Series C put them at $1 billion post-money valuation.

The used-car platform Cazoo, based in the U.K., also joined the unicorn ranks this quarter. It is the fastest European company to become a unicorn by achieving the status within 18 months of founding. Cazoo raised $30 million in a round led by Draper Esprit with participation by General Catalyst and dmg ventures.

European funding is down in 2020 after a continued annual upward trend since 2016. As of the fourth quarter of 2019, funding has slowed down but less so at the earlier funding stages. This bodes well for the health of the European venture funding ecosystem.

The data contained in this report comes directly from Crunchbase, and is based on reported data.

Data lags are most pronounced at the earliest stages of venture activity with seed funding amounts increasing significantly after the end of a quarter.

Amounts for the most recent quarter will increase over time relative to previous quarters. For funding counts, we notice a strong data lag–especially at the seed and early stages–by as much as 26 percent to 41 percent from a year ago.

Please note that all funding values are given in U.S. dollars unless otherwise noted. Crunchbase converts foreign currencies to U.S. dollars at the prevailing spot rate from the date funding rounds, acquisitions, IPOs and other financial events are reported. Even if those events were added to Crunchbase long after the event was announced, foreign currency transactions are converted at the historic spot price.

Early-stage consists of Series A and Series B rounds, as well as other round types. Crunchbase includes venture rounds of unknown series, corporate venture, and other rounds above $3 million, and those less than or equal to $15 million.

Technology growth is a private equity round raised by a company that has previously raised a “venture” round. (So basically, any round from the previously defined stages.)