How to successfully obtain an entrepreneur visa (in Spain) 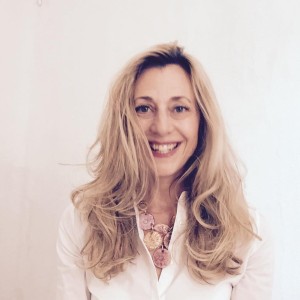 Mary Clare began her career as a buy side equity analyst on Wall Street. After years of telling large oil and gas companies how to run their businesses, she decided she wanted to start her own. She started and ran two small businesses in Manhattan. After 10 years she wanted a better lifestyle, so she decided to move to Spain and launch her yoga app.

The first time anyone called me a serial entrepreneur happened last January, in Madrid. The truth is I was pleasantly shocked at how proud it made me feel about myself.

I had flown in from New York City for five days to look for apartments and decide if I really wanted to move to Spain. Although I attended school in Madrid for a semester when I was an undergraduate, moving from New York City was a big step- especially since I had no visa, few friends and wanted to start another business.

Over coffee, I told a Madrileña friend of mine my plan.  She said, “You’re a serial entrepreneur! You could live anywhere. Why here?”

Most Spaniards ask me the same question. They think of the United States, and New York City, as an entrepreneurial haven.  The truth is being an entrepreneur is often a struggle.

I started, and operated, two successful small businesses in the city but after 10+ years, the cost structure became unsustainable. This, coupled with New York City taxes and an almost Byzantine permitting process for new business construction, sent me in search of greener pastures.

My third (or fourth, depending how you count consulting opportunities) venture is in the tech space. I want to create an online app for yoga classes. For lifestyle reasons I wish to live in Europe, so I set about determining the optical location. I wanted a place with: (1) a reasonable cost structure, (2) a qualified labor pool and (3) high smart phone penetration. I needed a place that would give me a visa.

In autumn 2014* I researched the matter, and discovered Spain had recently introduced a new entrepreneur visa program. It didn’t require any initial investment- just a good idea in either a strategic area (tech being one of them), or a business that would create a number of jobs. This was very different than the entrepreneur visas offered by Italy and the UK, which required minimum 50.000 or 200.000 euro/sterling investments. Since I spoke a fair amount of Spanish, the decision was made.

The only information I had about how to obtain a Spanish entrepreneurial visa was from a New York Times article, published in November, 2014. It didn’t contain any details but since I’m an entrepreneur, I was willing to take the risk. I signed a lease and decided I’d figure it out in situ.

I asked a number of Spaniards what they knew about the program. They were immensely discouraging. They either knew nothing, or didn’t think the program really existed. This leads to:

Rule #1 in navigating the Spanish Bureaucracy: Don’t ever ask a Spaniard for advice. All they will do is de-moralize you. They assume non-Spaniards simply can’t handle it. I have four words for them (my fellow Americans reading this will understand): Department of Motor Vehicles. Compared to the DMV on 34th Street, the Spanish Bureaucracy is positively delightful.

I floundered around a bit, and at one point even toyed with the idea of staying in the country illegally. Then I stumbled upon a presentation led by a prestigious Madrid based law firm about how to obtain an entrepreneurial visa. I attended it, and was dismayed at the pessimism. Even though the presentation topic was about how to obtain an entrepreneurial visa, their advice was simple: don’t try. Their logic: there isn’t a 100% guarantee of receiving one and only a few have been awarded. The lead lawyer gave me her business card and suggested that I, “sign up for a class.” This leads to:

Rule #1 in Life: Lawyers are there to help themselves first- you’re a distant second. This is true even outside America.

I went home and thought about the matter deeply. I understood that there were risks, but finally I thought to myself, “Aside from Bill Gates wanting to start a business here, I can’t think of many people that are better qualified than me. I have experience, a good idea, I work very hard, I’m no stranger to writing a business plan and I have an amazing looking Hugo Boss suit.” I decided to go for it.

I wasn’t sure where to begin, so I went to the Internet. I immediately came up with a number of websites that contained information. I called one and they were ultimately quite helpful. Truth is they gave me some erroneous advice at first but, when pressed, sent me an email with the exact procedures laid out, step-by-step.

Rule #2 in navigating the Spanish Bureaucracy: Use the Internet to double check everything you are told before you start running around Madrid.

Rule #3 in navigating the Spanish Bureaucracy: Never trust the person “manning” the phones, or at a junior level. They’re the human version of those annoying voice recordings that answer the phones in America and the UK. Be polite (the good news is they always are- they won’t shame you or scold you like the IRS) and move up the food chain until you find the competent person that can help you. They’re usually sitting at the top, and highly educated. You’ll recognize them when you find them. A clue: often they switch to English. Everyone else only speaks Spanish.

How to Apply for a Spanish Entrepreneurial Visa

The email came from the ICEX, a division of the Spanish Ministry of Economy and Competitiveness (http://www.investinspain.org/invest/en/index.html). It laid out the procedures to follow if one is in Spain, or abroad. For those in Spain, there are essentially two phases:

First, write a business plan. The Ministry provides a link with the outline they want you to use (http://bit.ly/1QPAg6i).

Second, submit that plan to the Registrar at the Secretaría de Estado de Comercio, located at Paseo de la Castellana, 162 for approval. You also need to submit an application (http://bit.ly/1Na2Rx3). The ICEX claims the process takes 20 business days. The good news is in Spain, Saturdays are considered business days. The bad news, there are a lot of municipal and state holidays. I encountered two. They didn’t make it in the promised 20 days but they were close: 24 days.

After about 10 days, I started getting anxious. The most comforting part of the process was that the Secretaría de Estado de Comercio was extremely responsive. There is an email listed on the website (http://bit.ly/1SJqsZ2) which I used a number of times. On every occassion, they responded within a couple hours. When I started getting pressed for time because my tourist visa was in imminent danger of expiring, someone walked my positive report through, had it signed and mailed the next day.

Rule #2 in Life: Do your own research- most people live in fear and make things sound much more difficult than they really are.

Once your plan is approved, you will be sent a positive report via certified mail. This report is the most important thing. With the positive report in hand, you take it and the following to the nearest police station, and apply for a residence permit:

If you apply in country, you apply for a two year residence permit (applying out of country is only for a one year residence permit). The Spanish Government has committed to a fast track on approval of these applications: 10 days. I’m told that they are currently running 5 days on that. As of writing this blog, I’m in Day 2. Wish me luck! If you want to hear the final outcome, check back and I will post a comment on this blog when I receive it.

*In 2015, France and the Netherlands also introduced entrepreneurial visas.