Holtzbrinck Ventures exchanges its stakes in 7 Rocket Internet startups for a direct 2.5% stake in the incubator itself 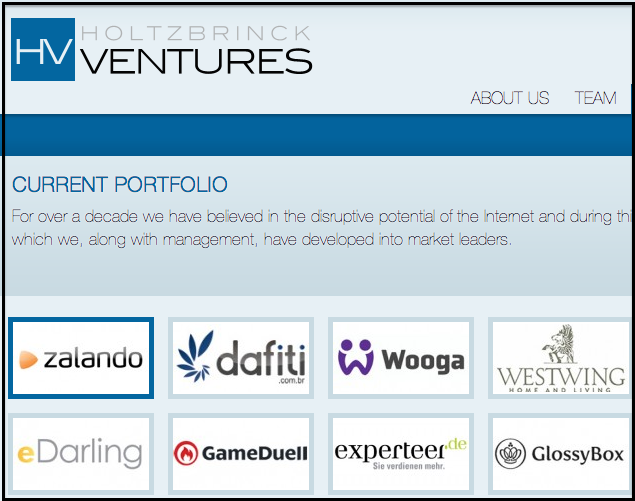 There we go again: German tech startup incubator Rocket Internet has announced yet another new investor, as its longtime partner in crime Holtzbrinck Ventures is receiving a 2.5% stake. The news comes on the heels of Rocket Internet selling a 10.7% stake to United Internet, and another 10% stake to Philippine telco PLDT. This time, however, there is no cash investment as part of the deal.

Holtzbrinck Ventures, which is an early-stage and long-term backer of many startups incubated within Rocket Internet, is contributing its entire stakes in seven of the latter's most developed e-commerce businesses in exchange for equity in Rocket Internet.

To be more precise, Holtzbrinck Ventures is giving up its stakes in Lamoda, Dafiti, Jabong, Namshi, Home24, Westwing and HelloFresh in exchange for a relatively small chunk of Rocket Internet, which is reportedly planning to take its shares public before the end of the year.

**Update:** sources tell Reuters that Rocket Internet wants to announce plans for its IPO in the first half of September.

All contributed stakes by Holtzbrinck Ventures were valued on the basis of the last external funding round of the respective companies, Rocket Internet notes.

Lorenzo Grabau, CEO of Rocket Internet investor Kinnevik (which will retain an 18.1% interest in the incubator), says the acquisition allows Rocket Internet to "progress on its strategic objective of owning larger stakes in the most established companies it has founded over the last five years".

Rocket’s platform allows us to build and scale online businesses in fast growing markets all around the world. Holtzbrinck Ventures has been an early and long term supporter of many Rocket companies built on this platform, and has invested in more Rocket companies than any other external investor.

> This transaction helps Rocket pursue its strategic objective of owning larger stakes in its companies and we welcome HV’s support at the group level. We look forward to continuing our successful partnership.”

Holtzbrinck Ventures exchanges its stakes in 7 Rocket Internet startups for a direct 2.5% stake in the incubator itself
Comments
Follow the developments in the technology world. What would you like us to deliver to you?
All