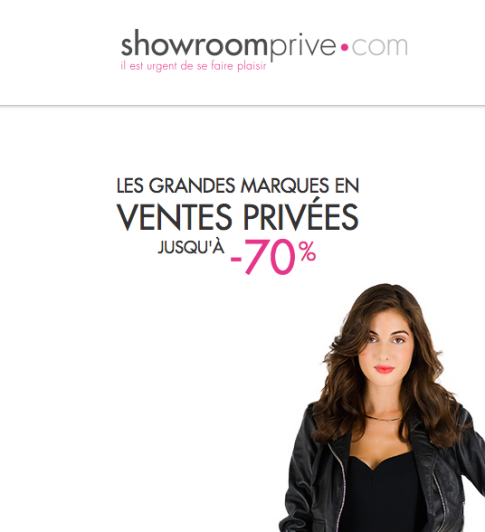 Based on the offering price of 19.50 euros per share (PDF), Showroomprive’s market value hovers around 660 million euros, but the stock price dropped 10% not long after the fashion e-commerce company's debut on the exchange.

Launched in 2006 by co-CEOs David Dayan and Thierry Petit, Showroomprive operates primarily in France but also 7 other European countries. Last year, the e-retailer recorded €350 million in net revenues and €15.5 million euros in EBITDA. With 700 employees and counting, Showroomprive has amassed more than 20 million members to date. 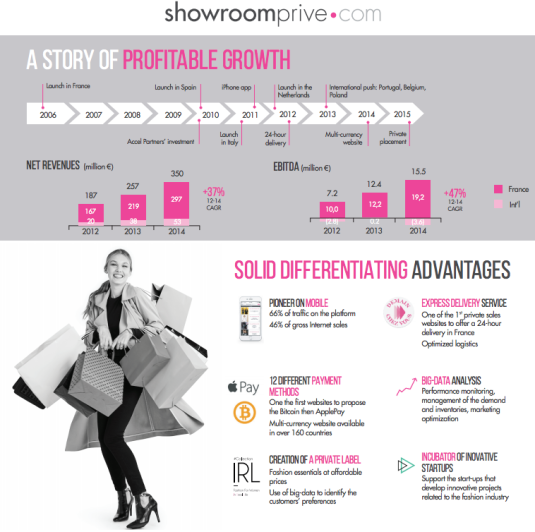 Showroomprive raised 50 million euros through the issuance of new shares. The sale of existing shares by the founders, Accel Partners and other shareholders amounts to approximately 176 million euros.

Accel was the sole institutional investor in Showroomprive, injecting $50 million into the company back in 2010. One of the VC firm's partners, Harry Nelis, became the only non-company board member as a result, and comments today:

“Since investing five years ago, it’s been fantastic to be a part of Showroomprivé’s rapid and profitable growth. When I first met Thierry and David, I was impressed by their blend of experience; they brought together the technology and retail experience necessary to build a successful online fashion retailer that was profitable from inception. Their expertise and the team’s solid execution have paved the way for the company to become a leader in the market and the IPO today.”

It's IPO day for Showroomprive: French online retailer valued at €660 million on market debut
Comments
Follow the developments in the technology world. What would you like us to deliver to you?
All