What Europe needs isn’t just a Digital Single Market, but a Multilingual one 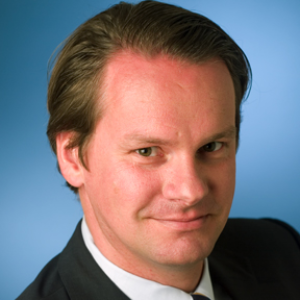 Jochen is the CEO of ESTeam and Coreon, and chairman of LT-Innovate, an association for the language technology industry.

Editor’s note: this is a guest post from Jochen Hummel, a serial entrepreneur and chairman of LT Innovate, a Brussels-based association of the language technology industry

The real challenge towards a Digital Single Market are Europe’s many languages. It’s amazing how politicians, but also businesses, have overlooked this so far.

We often don’t notice how hard it is for software to process language, because it’s so natural for us humans. Yet Language Technology (LT) is actually quite big.

In Europe, we have around 2,500 SMEs in the field of language, knowledge, and interface technologies and over 5,000 companies providing language services. Globally, language technology is valued at around €26 billion.

Artificial Intelligence and Big Data are key drivers for the projected doubling by 2020. We will talk to robots and not key in commands. But most Big Data is unstructured, i.e. text.

Which, in Europe, is historically multilingual.

These game-changing technologies, though, are largely available for English-speaking citizens and consumers only. Worse, even a “trivial” problem like a simple product search does not cross borders.

European Commission VP Andrus Ansip has nicely summarized the essence of the Digital Single Market (DSM): “Consumers need to be able to buy the best products at the best prices, wherever they are in Europe.”

Well, if one of his compatriots searches for, let’s say, Muruniidukid, she is already trapped in a language silo and thus limited to national market offers.

Addressing Europe’s Multilingualism is the missing piece in the efforts for a real DSM. Therefore a delegation of the LT industry has met VP Ansip and a group of MEPs to raise awareness and promote solutions.

We will only get a true DSM for all Europeans if the 24 official languages (and these of our major trading partners) are supported in the same base quality. This requires a public infrastructure for basic Natural Language Processing.

Public, because industry cannot build and maintain it profitably for lesser spoken languages. The EU has already made the first steps towards an NLP infrastructure in the CEF program.

On top of this, infrastructure companies can build horizontal technologies such as machine translation, speech recognition, voice generation, and sentiment analysis. Language Technology is a wide field, dominated by SMEs, fragmented by language.

This makes it hard to discover LT, to try, and to buy it.

The key initiative of the European language technology industry is therefore the creation of the LTI Cloud. This SaaS wrapper functions as a marketplace for various language technology components. The LTI Cloud will enable software companies to build solutions for the whole ‘Multilingual Digital Single Market’.

In a recent article the Washington Post mocked Europe’s DSM efforts by stating that Europe’s digital decline is actually accelerating! Not necessarily. Why don’t we turn Europe’s multilingualism into a unique selling point?

If we manage, in spite of our many cultures and languages, to create a Multilingual Digital Single Market supported by cross-border eGov interoperability, I would argue that we will in fact become the fittest for the global market.

This website uses cookies to improve your experience while you navigate through the website. Out of these, the cookies that are categorized as necessary are stored on your browser as they are essential for the working of basic functionalities of the website. We also use third-party cookies that help us analyze and understand how you use this website. These cookies will be stored in your browser only with your consent. You also have the option to opt-out of these cookies. But opting out of some of these cookies may affect your browsing experience.
Necessary Always Enabled
Necessary cookies are absolutely essential for the website to function properly. These cookies ensure basic functionalities and security features of the website, anonymously.
Functional
Functional cookies help to perform certain functionalities like sharing the content of the website on social media platforms, collect feedbacks, and other third-party features.
Performance
Performance cookies are used to understand and analyze the key performance indexes of the website which helps in delivering a better user experience for the visitors.
Analytics
Analytical cookies are used to understand how visitors interact with the website. These cookies help provide information on metrics the number of visitors, bounce rate, traffic source, etc.
Advertisement
Advertisement cookies are used to provide visitors with relevant ads and marketing campaigns. These cookies track visitors across websites and collect information to provide customized ads.
Others
Other uncategorized cookies are those that are being analyzed and have not been classified into a category as yet.
SAVE & ACCEPT
<script type='text/javascript' src='https://tech.eu