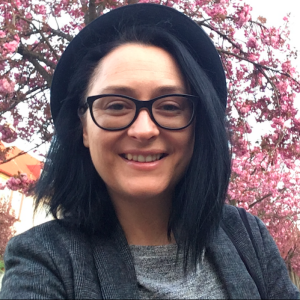 Back in 2016, when Kolibri Games first launched as Fluffy Fairy Games, the co-founders Janosch Sadowski (co-CEO), Daniel Stammler (co-CEO), and Oliver Löffler (CTO) received a lot of pushback from the industry for applying a lean startup methodology to the development of a game.

“People in the industry said that you can’t release a game with just two months of development, totally unpolished and with no in-app monetisation. That we’d burn away our first users, and wouldn’t scale. We decided to try it though, at that time we didn’t have experience or knew any better. Running a gaming company was a whole new world for us,” shared Sadowski.

The startup released the MVP version of Idle Miner Tycoon after 8 weeks of development. At first, it had to do without features like 3D artwork, ad mediation, IAPS. All it had was just core gameplay. And while over time the company began releasing weekly updates with new features, improved gameplay, and in-app monetisation, its lean approach was a secret sauce to the first success.

“Ultimately it worked because players responded well to the game, and we were able to keep refining the product through constant new updates which helped keep retention rates high even after the first day or weeks”, added Sadowski.

The team decided to stick to what worked for them — meaning the agile, sprint-like design methods. It did not change after rebranding Fluffy Fairy Games to Kolibri or moving their board meetings from the kitchen at the university dormitory in Karlsruhe to the hip office in Kreuzberg, Berlin, where a team of over 100 employees reside now. Kolibri Games continues releasing games in a lean way to see if its target audience accepts it first. Then it makes updates based largely on players’ feedback.

“This development process is also ideal for startups as it minimizes the initial investment needed to launch a game. We limit risks by avoiding long and costly development processes for a game which might ultimately fail in the end,” explains Panos Semitekolos, lead brand manager at Kolibri Games.

Going against the industry standards while bootstrapping may sound counter-intuitive for any startup. But applying a lean methodology and listening to its users made this gaming company struggle worth going through, bringing its current revenue up to €120,000 per day. In 2018 Kolibri Games was also awarded the Deloitte Technology Fast 50 Award in the “Rising Stars” category, and just last week, their game reached a milestone of 100 million downloads.

“100 million downloads is a major milestone for us. It’s been an incredible journey having grown so quickly, and created games which millions of people have enjoyed. Ultimately it comes down to player-centricity and creating a game which users respond positively to, giving the players something they actually want,” summed up Sadowski.