How transformative are things like 'Big Data' and 'Open Data', and what could be its economical impact in Europe by 2020? A new, comprehensive report set outs to answer these questions, and many more.
Robin Wauters 29 January 2014
Share
Facebook Twitter Linkedin

Do big and open data have the potential to become major growth engines in Europe, or can we already deem them missed opportunities?

That's the main question asked in a new report commissioned by think-tank demosEUROPA (Centre for European Strategy Foundation) and penned by the Warsaw Institute for Economic Studies (WISE).

The report employs a macro-economic model to assess the future economic impact of ‘big and open data’ in European regions and all 28 member states as part of overall ICT advancements, by 2020.

Among the major findings are that a whopping 206 billion euros in additional GDP (meaning +1.9%) could be achieved by then, provided a range of data-driven solutions are adopted.

Percentage-wise, that may not seem like that big a deal, but it would be the equivalent of one full year of economic growth in the EU. 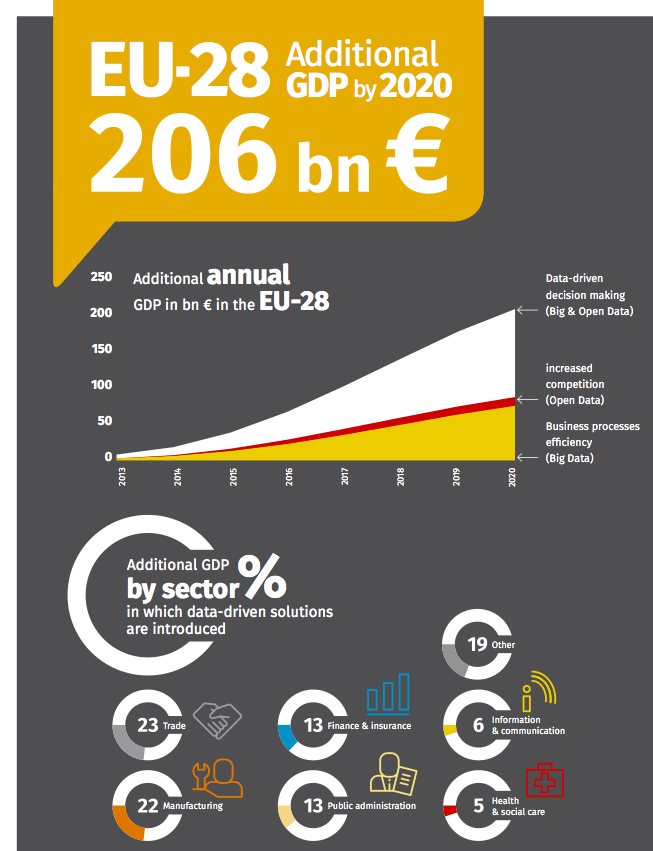 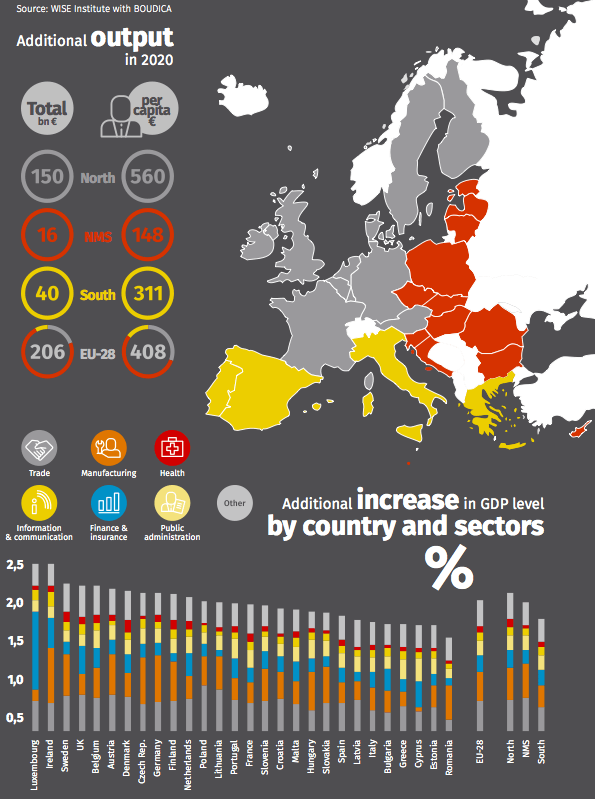 It would also basically mean that policymakers will need to recognize the different ‘levels of readiness’ of Northern, Southern and Eastern parts of the European Union, tailor their policies to the local landscape, and incorporate big and open data policies into a broader technology reform agenda rather than treating it as an isolated regulatory challenge. 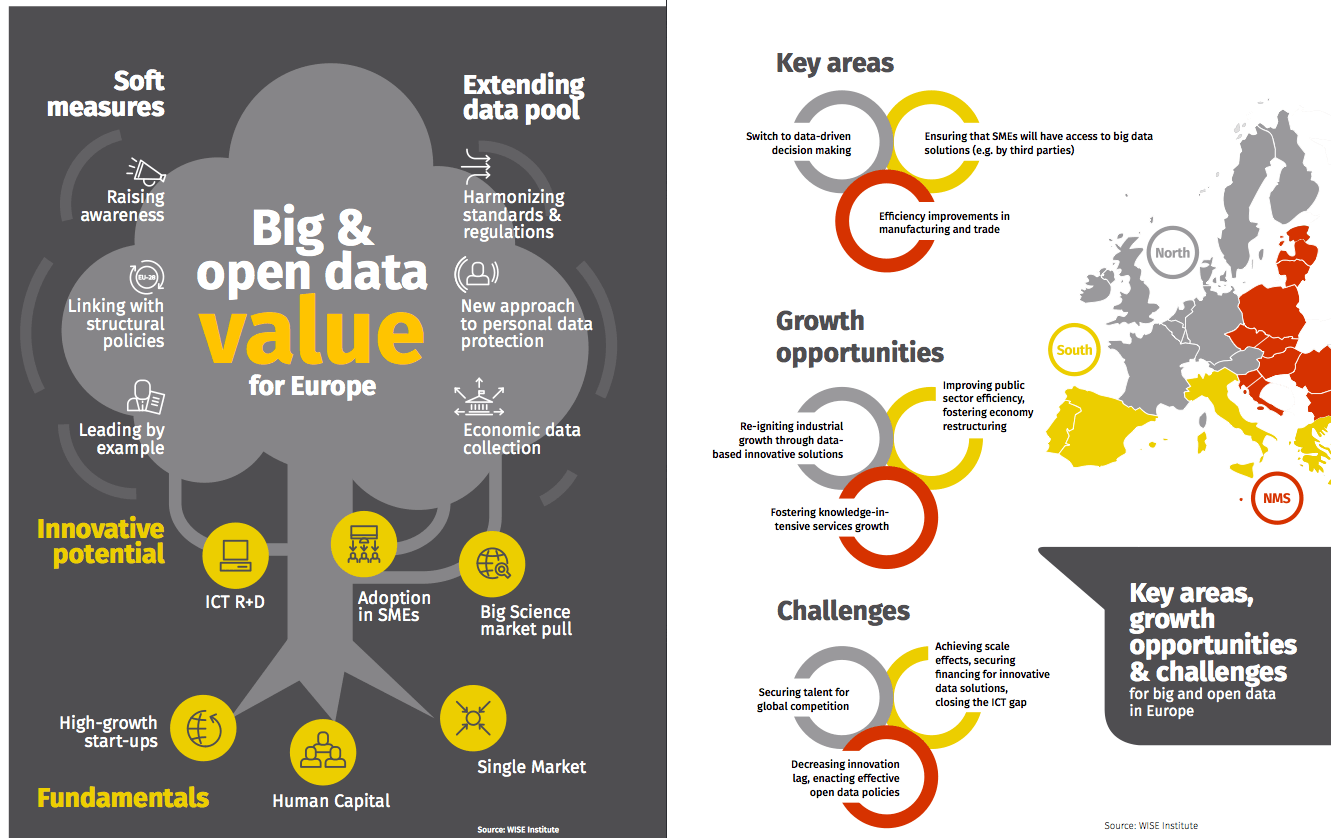 If nothing else, the full report manages to give readers a clear insight to what exactly constitutes as 'big' and 'open' data, and explains how it might be able to make a clear economic impact in Europe. 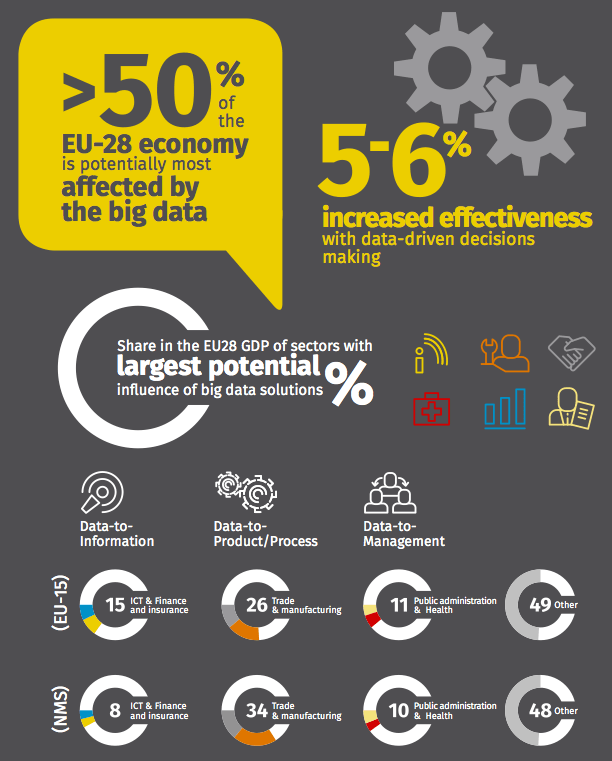 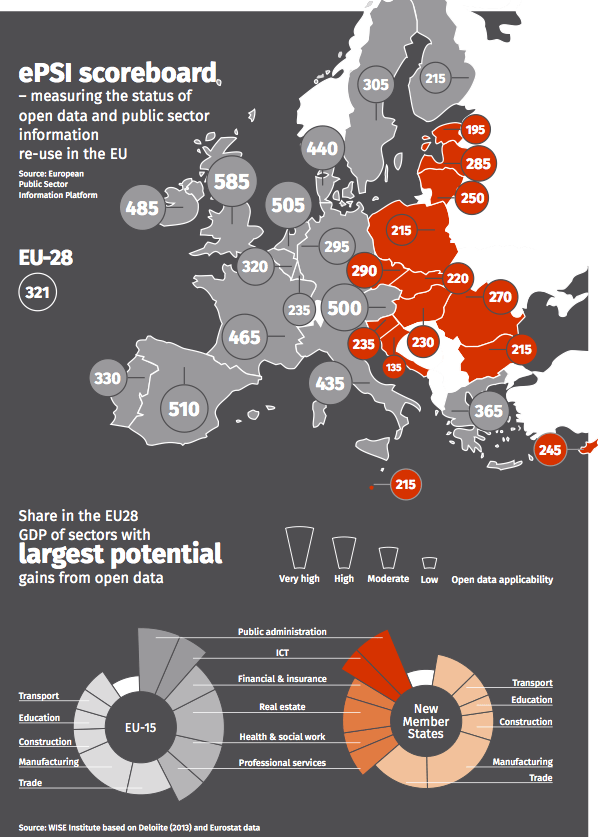 Other findings of the report that are worth highlighting:

- Northern Europe can expect the strongest average increase in GDP level due to exploitation of the economic potential of the data.

- The Czech Republic and Poland will be benefit the most from the new member states due to the (Czech) manufacturing sector integration of big data into their international supply chains, and increased productivity of large (Polish) companies in the wholesale and retail trade sector.

- The UK is leading the transition to open government not only by opening up ever more public-sector data but also through stimulating the uptake of the solutions based on provided data. 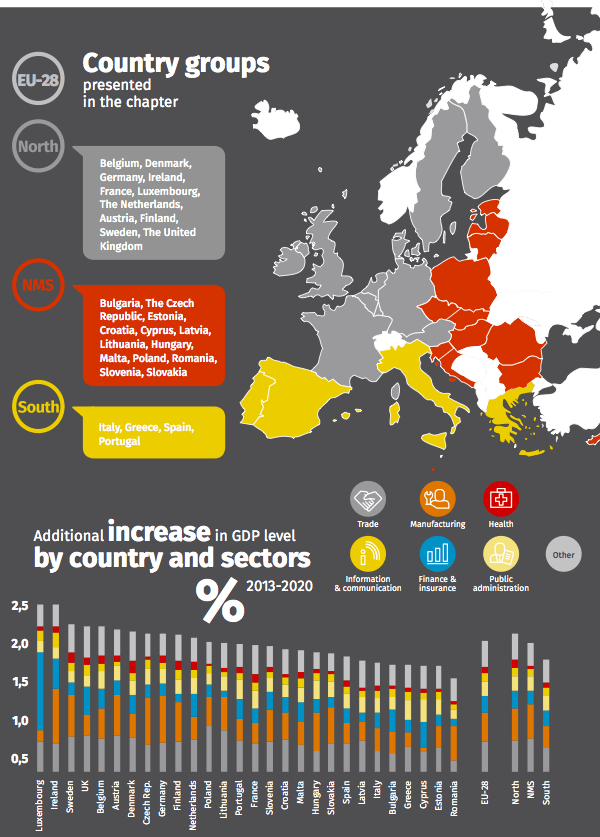 And here's the full report, for your downloading and reading pleasure:

Open and big data in Europe: potential growth drivers, or a massively squandered opportunity?
Comments 5
Follow the developments in the technology world. What would you like us to deliver to you?
All

NEXT
The Kernel acquired by The Daily Dot publisher; founder and editor Milo Yiannopoulos to move on
UK publication The Kernel, the self-described…
Robin Wauters