Banking on the "bottom 3 billion"

Oradian aims to disrupt micro-financing, with a broader vision of serving the "bottom billion". tech.eu contributor Ivo Spigel is the first to report on the project as it comes out of stealth mode.
Ivo Spigel 31 January 2014
Share
Facebook Twitter Linkedin 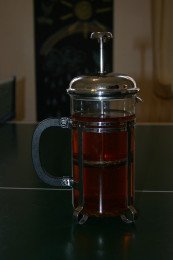 They had me at the French press.

I don't drink coffee, but I love tea, and my favourite method of brewing tea is in a French press (yes, tea lovers, I know this is somewhat controversial).

So when I visited the Zagreb headquarters of Oradian for a conversation about their business and was served Rooibos tea from this device, it was quite a delightful surprise!

I should have been warned by the location, though. The office is not in one of the typical bland new office buildings, nor in one of the founders' flats, garages or sheds. The team is sitting in the historic old center of Zagreb, in a street called “The Bloody Bridge“ (for historical reasons).

In the conference room, a chandelier hangs above a piece of furniture much more typical for startups: the conference table is a ping-pong table, complete with net, paddles and ping pong balls.

These organizations – banks, cooperatives and others – are serving "the other 3 billion"- customers far removed from the white or blue-collar jobs in Croatia, Belgium, England or the United States.

By far, the most famous of these institutions in Western, developed countries is Grameen Bank, founded in Bangladesh in 1983 by Nobel laureate Muhammad Yunus. Today, there are thousands of micro-finance companies and organizations worldwide. The big ones, as the Oradian team explained to me, typically use large and largely outdated "MIS" IT systems, while many others get by with Word, Excel and often even pen and paper. 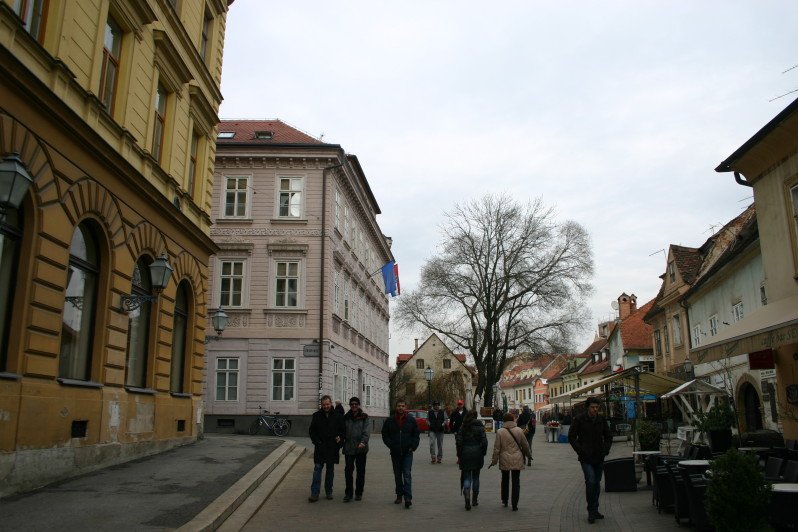 The Oradian founders couldn't be a more diverse bunch, fitting perfectly into my recent tech.eu post about burning houses and growing startups. Antonio Separovic, the CEO, was born in Split, Croatia, and grew up in South Africa to Croatian parents.

Julian Oehrlein is a German, while Andrew Mainhart is American with (again) Croatian roots, and Onyeka Adibeli is Nigerian. They got to know each other through being on various sides of the "CIO buyer" vs. "system integrator sales guy" relationship - but what did they have in common? 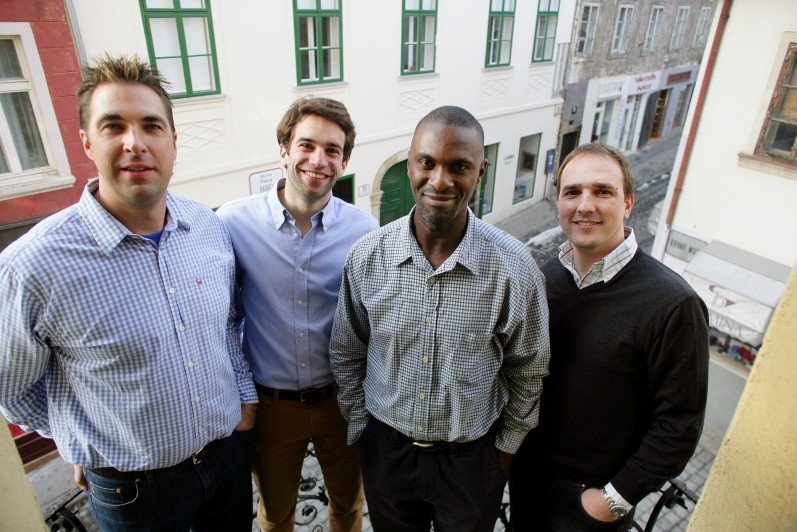 "IT systems in microfinance institutions are totally broken," the team explained to me over Rooibos tea. "The costs can easily run into the millions of dollars in licencing fees alone, and the implementation costs can be even higher than that. The worst part is that after all these millions, the whole thing very often simply does not work properly." Hmmm… where have I heard similar comments before in the wonderful world of enterprise IT implementations?

"With Instafin, you don't need any of that upfront cost or complexity. We deliver the whole solution and our payment model is very simple – our customers pay based on the number of clients managed by our system per year."

Oradian doesn't disclose pricing, but our understanding is that the annual price per managed client can be as low as a few euros. Additional services envisioned in the future include credit scoring, debt management, ATM/POS Switching, EFT switches, Business Intelligence tools, notification services, mobile banking, etc.

If the pitch sounds familiar – no wonder. It's the pitch of every SaaS company looking to disrupt an existing industry. Oradian essentially wants to disrupt the financial systems serving the world's poorest customers – the "3 billion underserved" or, as a slightly more catchy phrase puts it: "the bottom billion".

The billions at the bottom

How many people live in Nigeria? Google says just short of 170 million. But, by the end of this century, demographic projections say that Nigeria will have a population of 730 million. The only countries with more people by then will be India and China. China's projected 940 million is more – but really not *that* much more - than Nigeria.

And this is only one African country. Oradian will soon be moving into other African markets, such as Kenya, Uganda, Tanzania, and Ethiopia, and then further on to Latin America and South East Asia.

I asked CEO Separovic about the broader vision they have for the company.

"In the future, we'd like to leverage our Ecosystem to provide the actual end clients with tools and applications that are complimentary to our current B2B solutions. After all, many of these microfinance institutions are small & medium-sized enterprises themselves."

"Their needs are similar to those of their end clients. Accounting, inventory management, HR, etc. Why not figure out ways to deliver the same functionality to every micro or small entrepreneur? In theory at least, it should create a synergistic economy, where the whole is greater than the sum with Oradian as the glue holding it all together."

A recent McKinsey Global Institute study estimates a 16% Internet penetration in Africa, contributing $18 billion to the GDP. By 2025, McKinsey's crystal ball says, there is a potential of 50% penetration (600 million users) and a $300 billion GDP contribution.

Some well-known names and brands are working to either provide or gain access to these "underserved".

The first globally recognized product geared for this market was undoubtedly the „One Laptop Per Child“ computer. Google has recently made public its plans to supply broadband connectivity to the emerging market masses using balloons. A tech / business solution that has been globally recognized as an African success story is the M-Pesa mobile banking system. Meanwhile, the Kenyan BRCK project has successfully crowd-funded the development and production of a super-versatile and robust connectivity device designed to bring much-needed data access to even the remotest of places.

Oradian has set its sights on the same group.

Their intended customers, however, are not consumers in the developing world – they are financial or, more precisely, micro-finance institutions, businesses providing financial services to these consumers. They are organizations that already have existing relationships with clients.

They may have different legal forms (banks, credit unions, cooperatives), perhaps even different long-term goals, but in the end they all need "a system". If Oradian can supply a cloud-based, high-quality and cost-effective solution, the potential is clear.

The project is well-funded, too. Having raised a sizable amount in two "friends and family" rounds, there are now 20 full-time employees on board. The Croatian government agency supporting SMEs provided a loan guarantee of a further 200,000 euros.

The company is now in the process of raising another “F&F“ round, and is at the same time in negotiations to close a Series A round a few months later. By the end of this year, Oradian plans to triple its 20 employees to 60.

Most of these are software developers based in Zagreb and Split (both in Croatia). Although Antonio was born in Split, and Andrew is a 3rd generation Croatian - born in Philadelphia - none of the co-founders were living in Zagreb when they started the project.

So, my inevitable question was: "Why Zagreb (of all places)?"

The team rattled off a series of reasons, "low-cost developers" being very, very low on that list.

Croatia's recent EU membership was one of the key reasons.

"We wouldn't have set up the company here if Croatia was not in the EU, period." the founders explained to me. Other reasons included a time zone which worked well for Africa (where the first customers are), a convenient location for occasional business trips to the rest of Europe and Africa as well, and also a good "living price / performance" factor.

"It's hard to beat Eastern Europe when it comes to the combination of a great environment, reasonable cost of living, infrastructure, connectivity, safety and access to talent."

And where does their software live?

"We are hosting our solution in a data centre near Zagreb. They offered not only competitive pricing but also a personal touch, as we are able to discuss any changes in configuration, performance issues and future expansion plans directly with the management."

There is a framed document on the wall at the Bloody Bridge HQ: the first purchase order. This customer, Development Exchange Centre (DEC), in Nigeria, has 100,000 clients. The two-year contract is a significant first source of revenue for the company.

"DEC chose to work with Instafin because of the mutual benefits involved in developing an MIS solution that provides a close fit with our organisational operations." said Atiku Usman of DEC when tech.eu inquired about the Oradian relationship.

With billions of financial services customers in increasing need of micro-finance in the emerging world – it gets easy to predict where the Oradian story is going.

Banking on the "bottom 3 billion"
Comments 5
Follow the developments in the technology world. What would you like us to deliver to you?
All