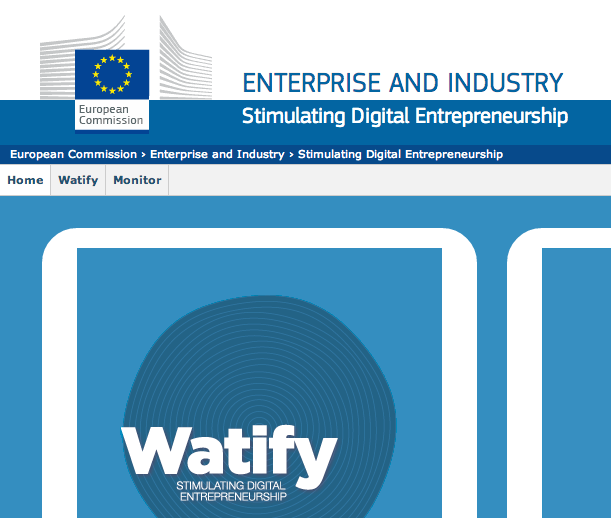 The European Commission has launched a new non-profit initiative dubbed Watify in collaboration with Deloitte Belgium, DIGITALEUROPE and EBN in an effort to "accelerate the creation of up to 1.5 million jobs in digital entrepreneurship" in Europe.

While this is a laudable goal, it's unclear just exactly how budding entrepreneurs are supposed to get inspired to start their own digital businesses, and have their "doubts removed" so they can "overcome barriers".

For now, the Watify website only features a module which people can use to express their doubts, a series of video interviews with entrepreneurs and some sort of event directory. That's not much in terms of practical advice and resources - at least not yet.

Of all the things the European Commission can do to stimulate digital entrepreneurship, we're just not sure this is the sort of thing they should be dedicating their time and resources on.

FWIW, the Watify initiative will run throughout Europe for two years.

The European Commission launches Watify to foster and promote digital entrepreneurship in Europe
Comments
Follow the developments in the technology world. What would you like us to deliver to you?
All

NEXT
European tech companies raised $1.2 billion in Q1 2014; on track for $5.3 billion in VC for the full year
Interesting data coming out of Dow Jones…
Robin Wauters