As part of our new weekly 'Startup Spotlight' series featuring interesting but mostly-below-the-radar European startups, we give you an interview with Marko Guček, founder and CEO of GoOpti
Robin Wauters 27 February 2015
Share
Facebook Twitter Linkedin

We're kicking off the 'Startup Spotlight' series with an interview with Marko Guček, founder and CEO of GoOpti.

Founded roughly 4 years ago, GoOpti is a Slovenian company that lets users book low-cost transportation (private shuttles and whatnot) to airports, ports, train stations and other places, including smaller towns that are typically poorly connected by public transport. The company is poised to expand across Europe.

tech.eu: How could you best describe GoOpti and what you're trying to achieve in just a few lines?

Marko Guček: We are a web/mobile marketplace connecting transportation companies with travellers who wish to travel on less-travelled routes by offering them on-demand, shared, low-cost direct shuttle transport services. We want transportation to flow smoothly and efficiently everywhere for everyone.

I know Uber has a similar mission, but their solution is only good for cities. Ours works well also on long-distance routes and on routes with lower demand.

What's the killer feature / magic sauce i.e. the one thing that differentiates you the most from your competitors in your space, in your view?

Our platform can bring profitable business to transportation companies where our competitors fail to do so due to low demand. Only carpooling services can offer similar prices, but are unreliable and unprofessional and therefore will never be interesting for the mass population.

Our killer feature is the flexibility window, where you set the desired travel time but at the same time specify how flexible you are with your departure. The magic sauce are big data analytics, pricing and time/route optimisation algorithms which set the prices based on the probability of other people joining the ride and which optimise the transfer to set the transport time as close as possible to the client’s desired departure time.

On the other hand, they maximize the vehicle occupancy and profit for the transportation company.

Where and how did the idea for a transportation booking service come about?

We are also the owners of a successful travel agency in Slovenia.

Our local airport is small with little direct connections and with high prices. More and more people were deciding to travel from the surrounding airports which are 1-5-hour drive away, but everyone was asking us how they could get there, from Ljubljana to the Venice airport or from Ljubljana to the Munich airport (and vice-versa), for example.

Public transport was uncomfortable due to multiple stops and bus/train changes. Taxis are really expensive on longer distances, shared shuttles do not operate and the carpooling option was only for the most daring travellers, and often unavailable at their desired times or again did not involve a direct transfer to the airport. So everyone needed to use their own car and pay expensive parking fees or bother their friends to drive two times for their drop-off and pick-up.

So we started to work on a platform that would unite the knowledge from low-cost airlines with a shuttle dispatch system. But we had a lot of problems due to low demand scattered through the whole day, so we needed three years to make the MVP, and we started operating in 2011.

In 2014, we launched a completely new SaaS cloud-based platform with an improved marketplace and optimisation.

How did you meet your co-founder(s) and what were (most of you) up to before starting GoOpti?

Sašo Sušnik was my schoolmate in high school and I have done master studies together with Tomaž Lorenzetti. Sašo is the operational guy and he was in the logistics sector before.

Immediately after our master studies, Tomaž and me opened an incoming travel agency, which then slowly developed into the 3rd largest business travel centre in Slovenia. 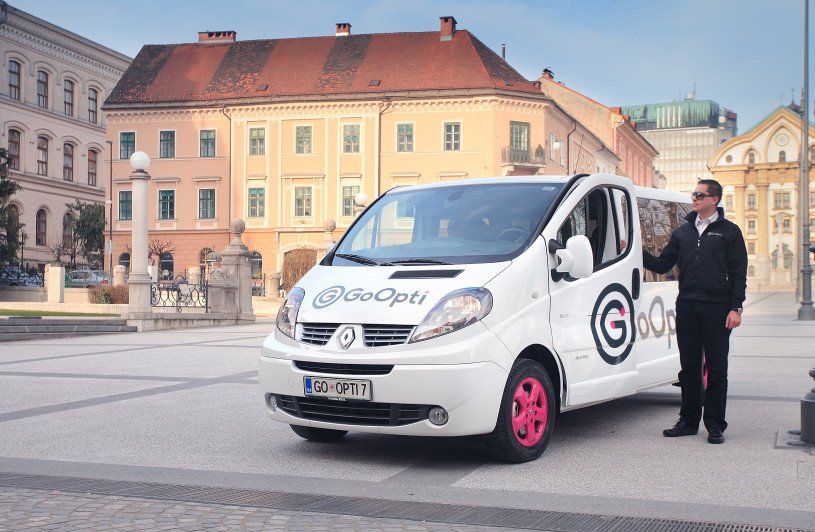 So far we have bootstrapped, and because we were growing so fast we never got into liquidity problems, as all our services are pre-booked and paid. But now we are raising funds for expanding to other countries and we are just in the middle of the process.

Our business model has definitely evolved. When we started, we just wanted to provide a marketplace, but there was no transportation company that would want to work with us.

Everyone said this wouldn’t work and we would go bankrupt soon. So we needed to purchase our own vehicles. After 3 months, we started making profit, and after 6 months, there were many transportation companies wishing to work for us.

At first we thought franchising was the best way to control higher standards and to expand fast. We expanded to other cities in Slovenia and Croatia, but we have learnt that the franchising way is actually slow and there are the same problems with standards as with all other transportation companies.

So in the last half of the year, we have been testing the Uber way, upgraded with some features of the shared transportation model where people pay fixed prices in advance, with the possibility of negative rides.

What are the company's plans for the near future?

In the next 3-6 months, we will be taking GoOpti to new cities in Slovenia and Croatia. In 6 months, hopefully, we will also follow with the first cities in Italy.

In 12-18 months, we plan to implement GoOpti in 3 cities in Italy and 2 in Austria. We are continuously adding new features. In the next three months, a last-minute module will be added, which will be the first step towards implementing our services also for shorter routes.

What are your thoughts on the Slovenian tech startup ecosystem?

It is much better as it used to be 8 years ago when we were starting. The government support and the funding landscape are more and more active, but unfortunately, not yet really efficient.

The bureaucracy and high labour taxes are definitely a problem, but on the other hand, the costs of living are still not that high, while the quality of life is.

I haven’t thought about it much and I know even less about the American one to do any comparisons. I have spent some time in Berlin and I am enthusiastic about all the accelerators and the positive spirit of everyone involved in the startup community.

There is definitely a lot going on and it is a place to be for startups.

Every decision you make has positive and negative impacts to all aspects of your life.

The decision to be an entrepreneur made my professional life part of my private life, which could be treated as negative, but on the other hand is enriching me as I am following my heart and soul and doing what I want, and adding my piece to improving the world.

Do you allow people to bring pets to the GoOpti office? Why (not)?

Actually we do. The mother of one of the founders has a dog, and when she travels, the dog stays in our office. So other employees also got used to sometimes bring their pets to the office.

Well, GoOpti grew in a city that is not so well connected with the world and will also grow in similar cities, so I am happy with the current location. But in the future, maybe someday London, Barcelona or Berlin would also be interesting.

London and Berlin because it is good to be in the centre of the action, since meeting the right people in person is, I believe, an important part of the growth process. And Barcelona, well, because I like the city and the southern vibe. 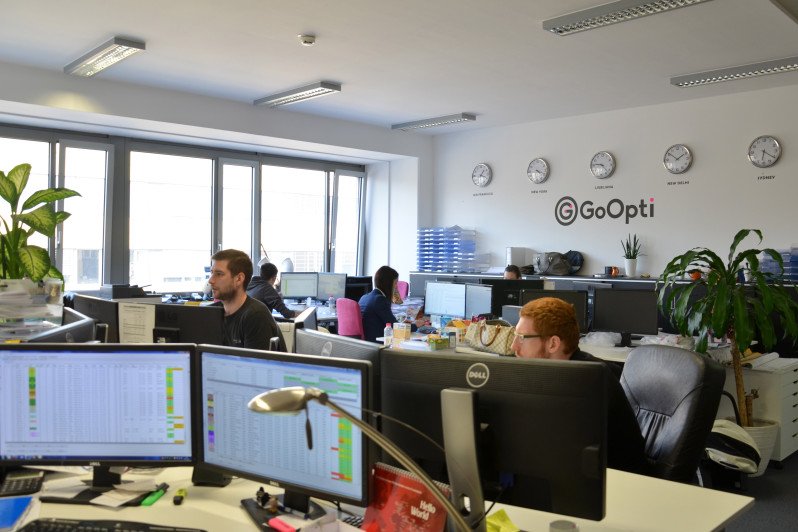 (All images used above courtesy of GoOpti)

Startup Spotlight: Q&A with Marko Guček, founder and CEO of shuttle transport booking startup GoOpti
Comments
Follow the developments in the technology world. What would you like us to deliver to you?
All

NEXT
Under pressure, Google moves to consolidate its European operations and hands the reins to Matt Brittin
This morning, I attended a Google event in the…
Robin Wauters