For the first time, startup associations from across the EU have collaborated to send a letter to EU Commission VP Andrus Ansup in the lead-up to the unveiling of its Digital Single Market strategy.
Robin Wauters 04 May 2015
Share
Facebook Twitter Linkedin

Today, I will be attending a Startup Europe policy roundtable in the European Parliament, co-hosted by MEP Eva Paunova, bringing together once more a slew of entrepreneurs, investors and pundits from across the region to talk about how Europe can foster an environment that enables (more) technology startups to scale (faster).

Later this week, European Commission VP Andrus Ansip will present his strategy for the creation of a Digital Single Market (DSM), which will be of major interest to startups from across the EU. A draft copy of the plan and other documents have already been leaked (see coverage in The Wall Street Journal and Politico Europe) but it will still be interesting to see if startups - and scale-ups - will be at the center of the DSM strategy.

To urge Commissioner Ansip to do just that, an unprecedented coalition of startup associations from across the European Union have today sent a join letter on behalf of their local ecosystems.

In total, 15 associations from 13 member states are banding together to underwrite the letter, itself an initiative from Allied for Startups, a worldwide network of advocacy organisations focused on improving the policy environment for startups. You can find the names of participating associations and their representatives below; we've reprinted the letter in full below.

While it's encouraging to see, for the first time, startup associations unite to address the European Commission with one voice - expectantly making it impossible for policy wonks to ignore - the question remains whether it is too little, too late.

After all, the strategy for a Digital Single Market has been pieced together by plans from the previous Commission, and a number of additions spearheaded by Mr. Ansip, and it is unlikely that major changes to the game plan will be made before its official unveiling next Wednesday.

That said, every little bit helps.

The letter, which you can read below, calls for action on consumer rights, data protection, copyright, tax and company law, including the introduction of simple, online processes for: registering a web domain, forming a company, paying VAT, hiring resources and managing small equity investments. 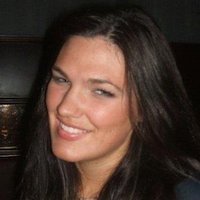 "When startup communities from 13 member states unite with one voice, the Commission must pay attention.

It’s vital for the future success of the European digital economy that policymakers listen to innovators and put startups at the heart of the Digital Single Market."

"The European Commission now has the opportunity to show that its on the side of Europe’s innovators and disruptors. We hope Vice President Ansip seizes that chance and ensures the Digital Single Market package supports digital startups and entrepreneurship."

And here's the letter that was sent to Mr. Ansip this morning, in full:

With just a few days to go until the unveiling of the Digital Single Market package, we are writing on behalf of Europe’s digital startups to ask you to put innovation at the heart of the proposals.

Between us, we represent the startup communities in the United Kingdom, France, Germany, Italy, Spain, Greece, Sweden, Denmark, Hungary, Portugal, Netherlands, The Slovak Republic, and Poland.

The onward march of Moore’s law has led to plummeting barriers to entry for digital businesses – with todays chips over a million times faster than forty years ago. Startups are now cheaper to start and can scale up more quickly than ever before. This is a hugely positive trend, but it also means that they run into international barriers much earlier in their lives.

The good news is that digital startups in Europe are thriving and in the last decade, Europe has created more than 30 ‘unicorns’, those elusive billion dollar tech companies. Companies like Spotify, TransferWise, Klarna and BlaBlaCar – all startups themselves not long ago – have become household names across the world.

But too often digital companies struggle to grow in Europe, and make the leap westwards to the US in search of a large market, uniform regulations, a more positive culture towards risk, and easier access to finance. 28 sets of regulatory requirements present a barrier even to big players, and can be insurmountable for startups.

We hope that the Digital Single Market package will aim to identify tangible barriers, and tackle those problems directly. It should be about encouraging innovation and reducing the barriers to growth.

That means things like a common set of consumer rights and a clear set of rules on data protection that give consumers confidence, but don’t stifle innovation. We need to make one-stop-shop systems work so that startups only have to deal with one regulator or tax authority.

We would like to see simple, single, and online processes for:

It means going toward a 29th regime, for pan-european companies, to have really simplified management of contracts, operations, resources, and intending the proposed SUP scheme only as an intermediate step in that direction; but also copyright reform to help make content portable, and cross-border licencing simpler – letting the next Spotify scale up more quickly.

The package should be aimed at reducing the regulatory burden to allow high growth companies to thrive, rather than levelling up across the continent. This will require some tough choices that may upend some existing business models, but regulations should always be about protecting consumers from harms, not incumbents from competition.

We would also urge caution before embarking on attempts to regulate and create new laws for each technology in the digital market. For innovative and evolving companies to emerge and thrive in Europe it is key to avoid imposing strict horizontal regulation that may apply differently to each startup and place further burdens on entrepreneurs seeking to scale up within Europe.

We are optimists about the European digital economy, but this depends on leadership from policymakers to embrace innovation.

15 European startup associations unite to urge Commission to put innovators at heart of Digital Single Market strategy
Comments 8
Follow the developments in the technology world. What would you like us to deliver to you?
All