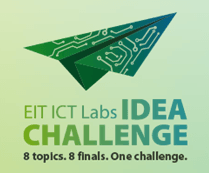 You don't necessarily have to be a prolific jogger or cyclist to know that activity trackers are everywhere these days. Keeping track of physical activity has become easier as sensors and other technology have tremendously evolved in the past few years, finding their way into increasingly stylish and capable wristbands and whatnot.

In fact, the overall market for health-related apps and related digital services and tangible products is ballooning as the technology part of 'wearable technology' gets better with each passing day.

But as these devices get better at tracking your heartbeat, steps, calorie intake, sleep patterns, menstrual cycles, insulin usage, and everything else we're increasingly monitoring by choice, what happens to all the data gleaned from all the apps and services?

After all, a person’s health-related data is some of the most personal and sensitive information one can possibly imagine, and yet app developers often don't know (or sufficiently care) about what they're collecting and whether everything is in compliance with data protection laws.

Last year, Jovan Stevovic and Stefano Tranquillini, the co-founders of Italian startup Chino looked at the research they had been carrying out at the University of Trento in northern Italy on the topic and began to put the pieces together on this growing problem.

The pair had known each other for a decade, working together with various companies on solutions for the healthcare industry, while building up knowledge and experience in the areas of privacy and online security. This eventually prompted them to go out and build a set of secure APIs with full encryption and secure storage for sensitive information, which fully complies with EU laws.

To wit, it's often challenging for mobile health app developers – particularly small-sized ones – to keep up with relevant legislation across the borders of the EU's 28 member states (all with different data laws), and the idea was to build something to make their lives easier but also generally raise awareness about the security aspects of tracking personal health data.

What Chino.io is essentially trying to do is to allow – especially small and medium-sized - app developers to delegate the management and storage of collected health-related data to a secure third-party without much integration hassle. This way, the issue of non-compliance with stringent EU data laws can be solved.

To accelerate development, Stevovic and Tranquillini eventually entered the Idea Challenge competition, partly for the (equity-free) cash involved and partly for the business support they get from EIT Digital's pan-European network. Chino.io grabbed first place and the prize package that came with it - €40,000 in cash that was spent on developers, graphic designers and legal support. But, additionally, the duo (self-described 'tech guys') says it received support from the wider EIT Digital community, allowing them to come up with a revenue model and more quickly get in touch with potential partners, customers and investors.

Chino.io’s platform is currently in beta with five testers, almost all of them from the healthcare sector. One of the health-related testers is developing games for children with mental illnesses, while another is working on monitoring the medication people take, alerting someone if, for example, there is an interruption. At present, its solution is compliant in Italy, Germany, the Netherlands and the UK, and it should be ready for primetime in the coming weeks.

It's good timing, too, as Europe inches closer to a common set of simplified data protection laws across all member states.

Chino helps health app developers be more mindful (and comply with EU laws) about data protection
Comments 1
Follow the developments in the technology world. What would you like us to deliver to you?
All

NEXT
Fairphone announces its second phone with the aim of being a more ethical smartphone maker
"I don't want us to grow too fast. I'd hate it…
Ivo Spigel