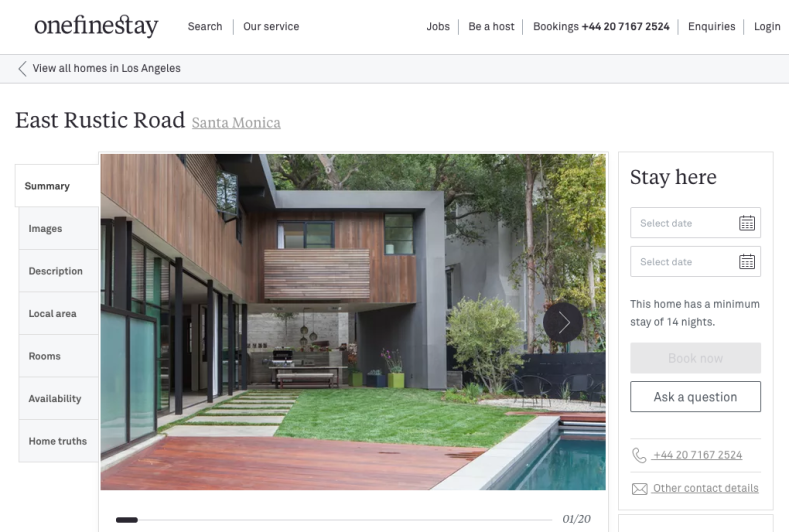 Onefinestay, a 6-year-old London company that is often billed as an upscale version of Airbnb, has raised $40 million in growth financing, bringing its total of capital raised to more than $80 million.

Investors include Intel Capital, Quadrant Capital Advisors and - notably - hospitality brand Hyatt Hotels, as well as a number of angel investors and prior backers Index Ventures and Canaan Partners.

According to a press release, the fresh cash will go primarily to bolstering cleverly named Onefinestay's offering for both guests and homeowners, and to support its expansion plans in existing and new international markets.

The company also announced a spade of executive announcements, rounding out its management team with a crew well-versed in e-commerce, the hospitality industry, ICT and HR.

Onefinestay raises $40 million growth round for its upscale spin on Airbnb
Comments
Follow the developments in the technology world. What would you like us to deliver to you?
All

NEXT
How Amsterdam's Rockstart supports startups, the 'rock bands of the industry' (video + photos)
My first question to Oscar Kneppers, the…
Robin Wauters