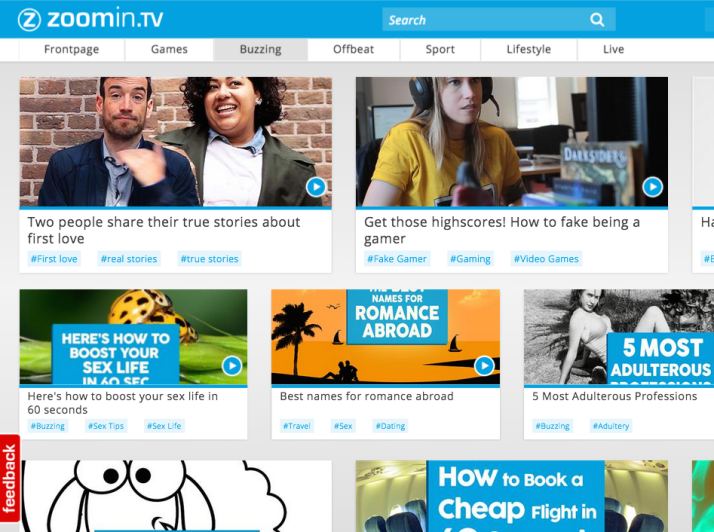 Zoomin.TV’s co-founders, Jan Riemens and Bram Bloemberg, will stay on to "drive the company’s development" after the transaction, which is billed as an investment rather than a purchase.

Zoomin.TV also has a network of 2,000 publishers, including media brands such as Yahoo, AOL, Bild and Telegraaf. Zoomin’s daily production is said to include more than 400 premium short video clips in 18 languages and 27 categories from video journalists all around the world.

The move follows MTG’s recent acquisition of 74% of shares in ESL, the world’s largest e-sports company, and an investment in Splay, Sweden's largest YouTube network.

MTG acquires 51% of Zoomin.TV, valuing Europe's largest multi-channel network at €88 million
Comments
Follow the developments in the technology world. What would you like us to deliver to you?
All