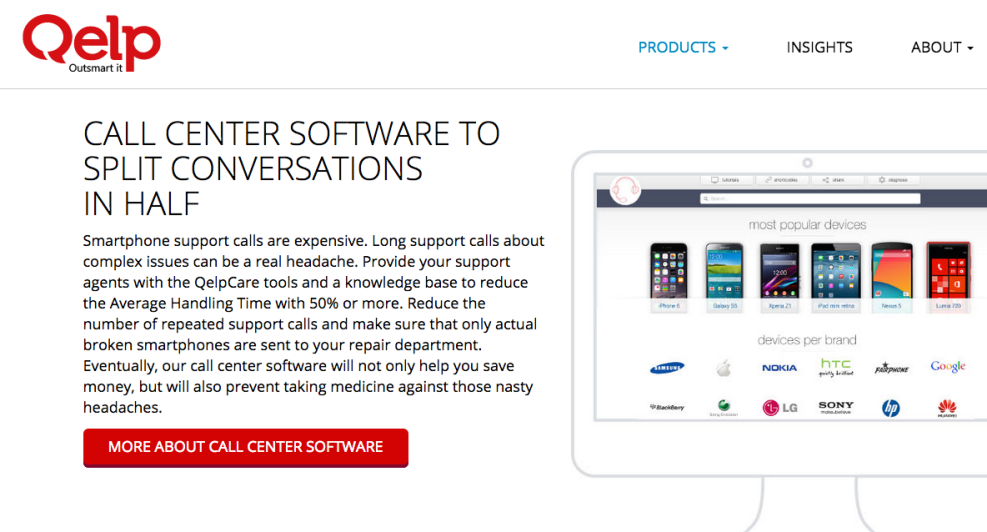 The Netherlands-based Qelp, a bootstrapped company that builds software for more than 60 mobile operators to help call center staff and customers configure and use smartphones, has been acquired by publicly listed Sykes Enterprises.

The Amsterdam company was acquired for an initial cash price of €8.9 million, exclusive of a substantial contingent consideration, which could drive the total purchase price up to €18.5 million.

Qelp generated revenues of €4.1 million in 2014 and is growing in excess of 25% to 50% annually, according to a press release. Worth noting: the company has never raised venture capital funding since its founding in 2005.

Sykes, which is based in Tampa and operates call centers globally, said the deal further broadens and strengthens its service portfolio around digital customer support and extends its reach into adjacent, but complementary, markets.

Amsterdam-based call center software firm Qelp acquired for up to €18.5 million
Comments
Follow the developments in the technology world. What would you like us to deliver to you?
All

NEXT
Startup acceleration in unlikely places: Meet the Gaza Sky Geeks (video interview)
When you think of Gaza, I would wager the first…
Robin Wauters