A train of thoughts on transportation: Interview with Dirk Ahlborn, CEO of Hyperloop

While in Madrid, we caught up with Dirk Ahlborn, CEO of Hyperloop. We talked about the current state of the project and what its future looks like.
Alex Barrera 16 October 2015
Share
Facebook Twitter Linkedin

A couple of weeks ago, we had the opportunity to sit down with Dirk Ahlborn, CEO of Hyperloop, in Madrid. He was in town for the XSpain event, an SXSW-inspired event that’s starting to gain steam in Spain.

Mr. Ahlborn has a unique background. Born in Germany, he started his career in finance, as a broker in a large bank. He hated it. It didn't take long for him to realise that world wasn't for him: "I’m the worst employee you can hire."

Wondering with what to do with his life, he decided to leave Germany and head south. He established himself in Italy, where he founded several companies.

During those years, he worked all over Southern Europe. With partners all around, he experienced the pains of the European startup mentality.

In a stroke of luck, a friend invited him to join his startup in the US. The company had raised $4 million and was in need of talent. Ahlborn relocated to Silicon Valley and started working on this new venture.

The differences with European operations and mentality were soon clear. Doing business in the US was very different. During his tenure in California, he discovered the power of incubators.

Ahlborn joined Girvan Institute of Technology, a non-profit incubator and co-working space. The Institute, located in Southern California, was created to assist NASA’s Ames Research Center. Whilst working there, he started thinking about ways to apply the co-working notions elsewhere.

"We already have a process to help create a physical startup. Why not do that online? Why not create an online crowdsourced incubator? This way we allow tech-disconnected hubs to connect with the best technology hubs and co-found new companies. It's all about building communities smarter and faster."

This pushed him to create, in 2013, Jumpstarter Inc., the first 'distributed incubator' in the world.

But, what about Hyperloop? Here is where the story gets even more interesting. While Ahlborn and his team were drafting what Jumpstarter would look like, Elon Musk expressed his vision for Hyperloop (PDF).

Musk knew he didn't have the time nor the manpower to pursue the execution of Hyperloop. So he decided to crowdsource it through Jumpstarter.

This was a major milestone for Ahlborn and his team. It was the first big project that Jumpstarter was pursuing. Not only that, it had Elon Musk behind it.

But, how do you deal with a complex engineering project, with a distributed team and Elon's clout around you? That was the real challenge.

"The people involved in the project are amazing. We have NASA engineers, aerospace engineers, Google developers, etc."

As Ahlborn told us, the original SpaceX's specifications were unusable. They were flashy, but not realistic. If they wanted to make this project happen, they had to rewrite everything.

"The technology was already out there. It's been in existence for decades now. We just needed to put it all together."

The question was then, how involved was Elon with the Hyperloop team? The truth is that while Musk was a great help in the way of PR, he has zero involvement in the project.

The project is currently self-funded, but looking for a new round. While Elon's name has helped to kickstart the project, now it seems it's more of a liability.

"Elon's support has been critical, but currently it's taking the spotlight from the community."

From PR to reality

The project locked down Quay Valley, their first test track, at the beginning of 2015. All the engineering work is done and they're just waiting for the construction permits to come through. For the Hyperloop team, Quay Valley is their first MVP.

"All the materials and engineering concepts already exist and have been put into play at Quay Valley. It was easy. We just want to test the whole system." 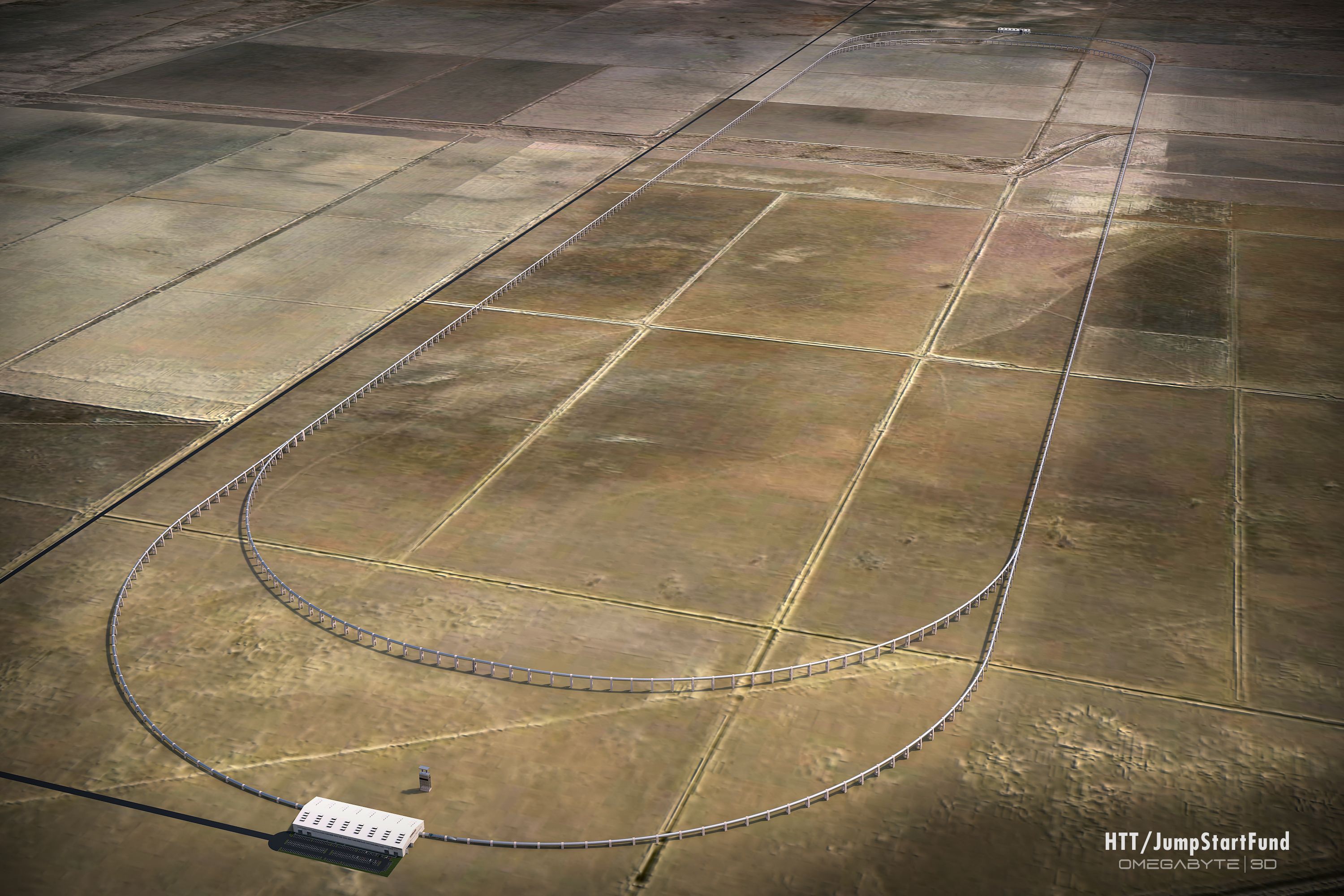 When asked what's next, Ahlborn stressed the importance of a holistic vision.

They're already researching new materials. Materials like Carbon Concrete which requires less concrete, avoids corrosion and enables thinner layers. They're also looking into ways to produce the materials locally. Having to ship steel to the construction site is expensive.

One surprising thing is how adamant they're about the whole travel experience. What happens during travel? How can we use Big Data to ease the experience? They want to create a true travel ecosystem around Hyperloop. An ecosystem where other companies can plugging their products and enrich it.

We asked Ahlborn what are the team's next steps. The answer will surprise many.

"We're already planning the next deployments of Hyperloop. We've charted 20 city pairs that are interesting. Out of those 20, some of them are in Europe. The problem is that building Hyperloop in Europe or the US will take forever. We're looking into regions that would allow for a rapid expansion, places like Asia, Middle East, Africa or India."

He conceded that they're already in talks with many of those regions, so it seems Hyperloop will be a reality very soon.

As for their funding, they've already been approached by over 500 investors. They're still trying to figure out how much they need to raise.

"We're aiming to raise 150 million dollars, between equity and loans. Our goal is probably to raise 50 million dollars from private investors. We'll first let the team invest, then strategic partners, and then the Jumpstarter community." 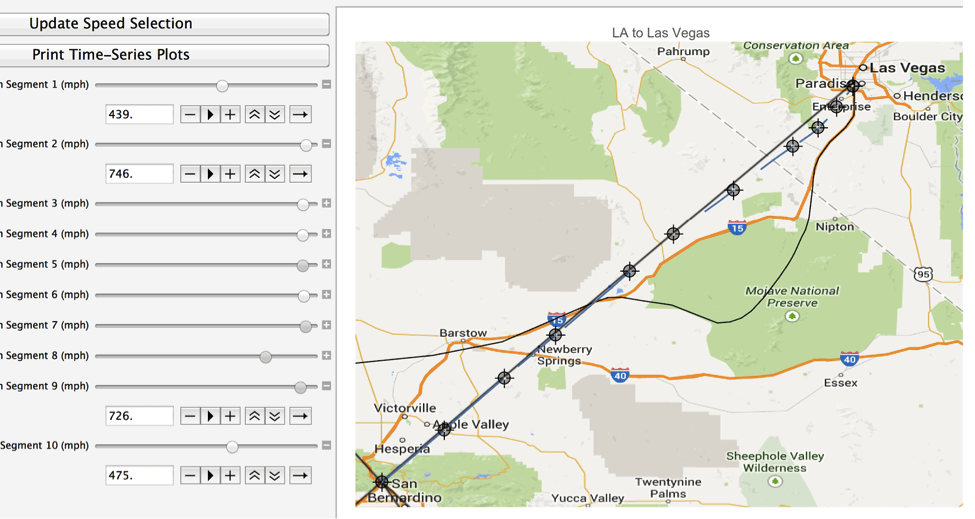 The Hyperloop is one hell of a story. That said, the whole magic Jumpstarter is creating behind the curtains is the real story for me. How something so innovative can be done at such a scale, in a distributed fashion, is mind-blowing.

As Ahlborn told us,

I think Ahlborn is right, distributed collaboration is the future of startups. The fact that they're pulling Hyperloop off is a great example of this. To some extent, the notion is expanding and building on the current equity crowdfunding platforms.

There are many problems to tackle, but I think that in the future we'll see more and more people engaging with platforms like Jumpstarter.

I wonder if the future of labor will look like this. What do you think?

A train of thoughts on transportation: Interview with Dirk Ahlborn, CEO of Hyperloop
Comments 1
Follow the developments in the technology world. What would you like us to deliver to you?
All

NEXT
OSCON: Secret Lab dives into programming with Swift 2
Editor’s note: This is a sponsored article, which means it’s independently written by our…
Jonathan Keane