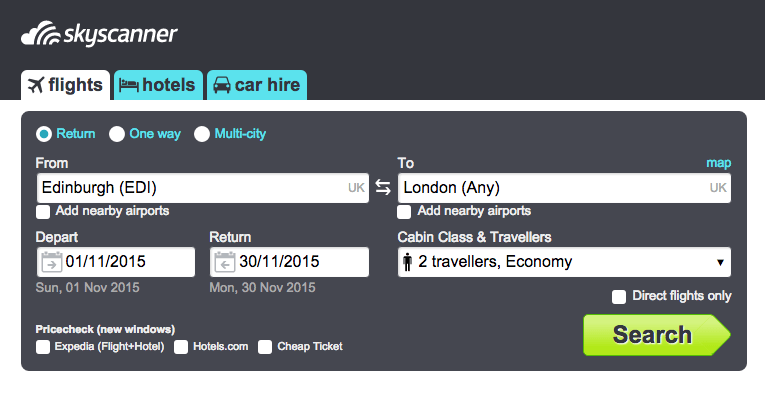 Skyscanner was originally started in 2003 in Edinburgh, Scotland, and has gone through a period of accelerated growth in the past few years. In 2014, the Sequoia Capital-backed company saw a 42% increase in revenue to £93 million. Today, the company helps over 50 million people each month to find their travel options (flights, hotels and car rentals).

The company says its engineering team now makes up close to half of its total staff, and it's currently recruiting another 115 people for its European offices alone. Skyscanner is today also announcing that it has hired Bryan Dove, previously Director of Engineering at Amazon's S3 and Skype, to lead its global engineering teams as Senior Vice President of Engineering.

Skyscanner opens three new offices (in London, Sofia and Budapest), nabs former Amazon exec to head up global engineering
Comments
Follow the developments in the technology world. What would you like us to deliver to you?
All