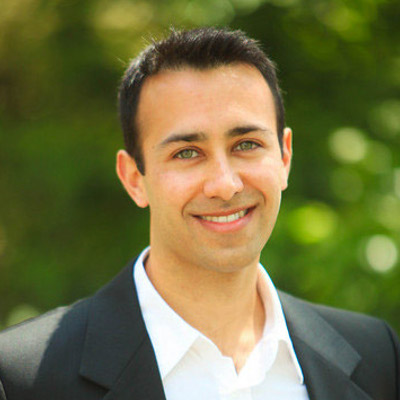 Atomico, the global investment firm established by Skype co-founder Niklas Zennström (also tech.eu's 'Person of the Year' for 2015), is in the middle of a big expansion phase.

Earlier this month, the London-based VC firm announced a number of new 'Entrepreneur Partners' (including Brent Hoberman and the founders of Supercell) as well as a couple of 'Entrepreneurs-In-Residence' and 'Executives-In-Residence' from and in around the world.

Today, Atomico is announcing a new, sixth member of its core investment team: Siraj Khaliq, an early Google engineer who rose to tech fame after co-founding and serving as CTO of The Climate Corporation (né WeatherBill) and selling it to Monsanto for a cool $1.1 billion.

After the exit, Siraj moved back to Europe, where he's originally from, and has been doing angel investments in startups ever since. I spoke to Siraj, who studied Computer Science at Cambridge, on the phone yesterday, and asked him why he now decided to join a VC firm.

First of all, Siraj knows Atomico well, as the firm was an investor in his previous company. Needless to say, the VC firm is a big believer in the fact that former entrepreneurs make the best investors, something Siraj subscribes to.

For Atomico, Siraj will scout for investments all across Europe, but primarily in the UK and Switzerland (as he's based in Zurich). The time is right, he said, as Europe has been buzzing with entrepreneurial activity in recent years, combined with the availability of raw talent but less so 'smart' early-stage capital to turn that talent into well-rounded founders and teams, and support their growth.

Siraj will not be focusing on a specific vertical per se, but his background in computer science and engineering, and his experience as CTO of a fast-growing startup, will naturally lead to him looking at investment opportunities that are deeply technical (machine learning, AI, big data, etc.).

The Climate Corp co-founder Siraj Khaliq joins Atomico, adding deep tech clout to its investment team
Comments
Follow the developments in the technology world. What would you like us to deliver to you?
All

NEXT
Angry Birds creator Rovio spins off its education business to double down on media and games
Rovio, the Finnish creator of the Angry Birds…
Robin Wauters