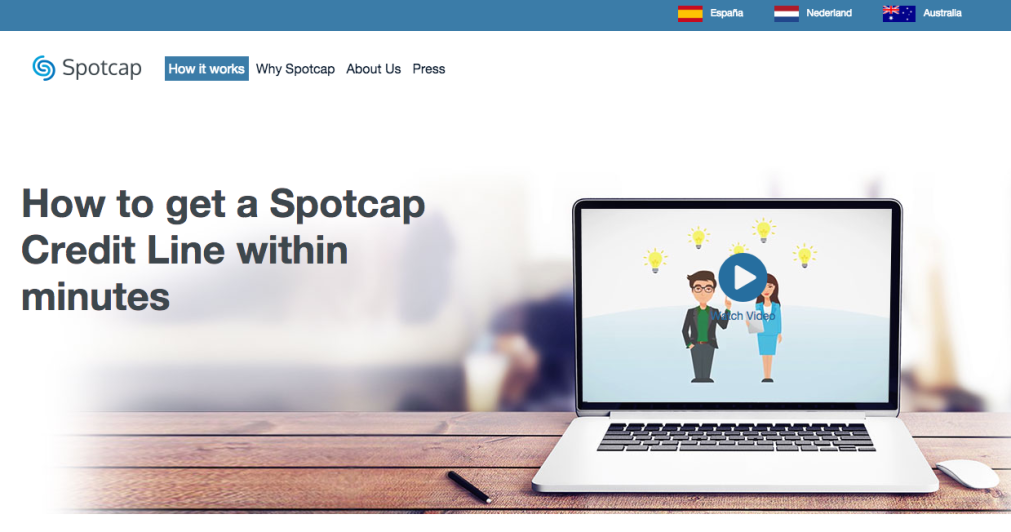 The company had earlier raised €5 million in 'growth debt funding' in March 2014, followed up by a €13 million round (with participation from Len Blavatnik's Access Industries) in October 2014.

When it last secured financing, the company had only launched its online lending platform for a few weeks. A year later, Spotcap hit half a billion euros in 'credit inquiries', positioning it for solid growth coupled with rapid international expansion (as is its backer Rocket Internet's _modus operandi_).

Spotcap is not a peer-to-peer lending marketplace (like, say, Rocket Internet's Lendico), and focuses squarely on loans to SMBs. If you must compare it to other fintech companies, the closest would be Kabbage in the US, LoanBook in Spain, and EZBob and iwoca in the UK.

Toby Triebel, co-founder and CEO of Spotcap, told tech.eu that the additional financing round was needed for three main reasons: 1) to support fast growth in the handful of markets it currently operates in, 2) to fund its own loanbook (because it's not p2p, Spotcap requires debt capital to guarantee loans and provide proper credit to businesses) and 3) to expand internationally.

In a recent phone call, Triebel argued that "Germany is over-banked, if anything", making the market not as a attractive as countries and regions where SMBs don't have many alternatives when it comes to securing loans, particularly online.

Nicholas Jordan, CEO of new backer Finstar, commented on the round:

“Finstar is pleased to be working in partnership with multinational online MSME lender Spotcap. By acquiring a stake in Spotcap, we are strengthening our position in the digital financial services sector and increasing our reach to new territories. As its shareholder and major strategic partner, Finstar will intensify efforts to further develop Spotcap’s innovative online lending platform and facilitate its global expansion into high-yielding markets.”

One to watch, certainly.

German fintech startup Spotcap secures €31.5 million to bolster its online business lending platform
Comments
Follow the developments in the technology world. What would you like us to deliver to you?
All