After an ad blocker, Opera bakes a free VPN client right into its desktop browser 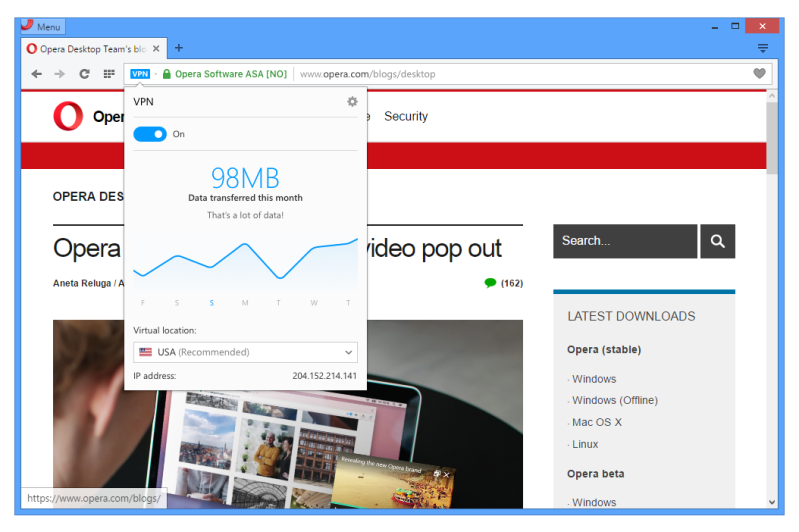 Norwegian browser software and mobile advertising company Opera this morning announced that it is adding a free built-in virtual private network (VPN) client to its desktop browser, in a first among major browsers.

Last month, Opera already raised eyebrows when it baked ad-blocking technology directly into its desktop browser engine, and today it is taking the wraps of a free VPN client with unlimited data usage and 256-bit encryption.

Opera says VPN clients from other browser makers are actually extensions, offering limited data usage and often charging via a subscription model. The company is instead integrating the VPN client right into the browser engine, albeit only in its latest version for developers for the time being. 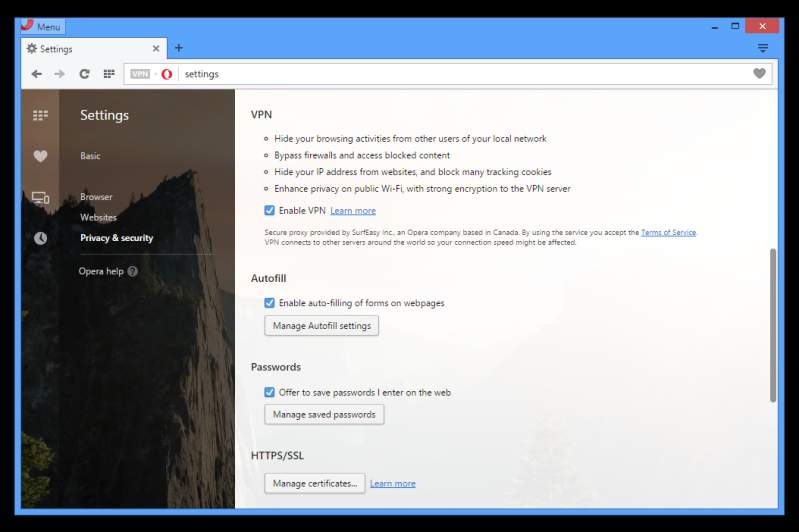 “Everyone deserves to be private online if they want to be," said Krystian Kolondra, SVP at Opera. "By adding a free, unlimited VPN directly into the browser, no additional download or extensions from an unknown third-party provider are necessary."

"So, today, our Opera desktop users get a handy way to boost their online privacy, as well as easier access to all their favorite online content no matter where they are,” he added.

Opera’s market share is tiny relative to the size of Google (Chrome), Apple (Safari) and Microsoft (IE), but its user base is nothing to sneeze at, either.

Former Opera CEO launches Vivaldi, a browser that’s not for the masses

After an ad blocker, Opera bakes a free VPN client right into its desktop browser
Comments
Follow the developments in the technology world. What would you like us to deliver to you?
All