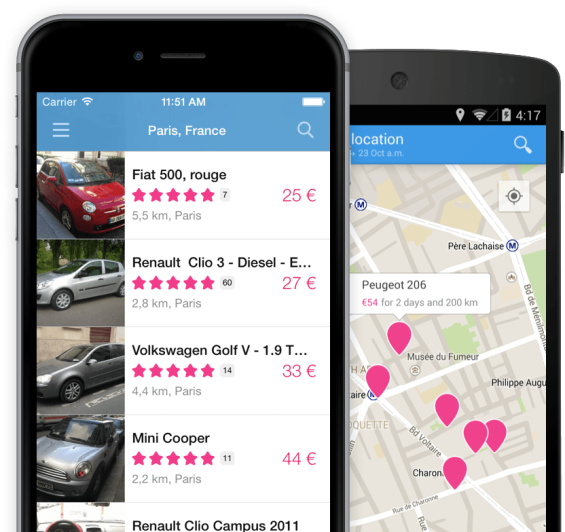 French startup Drivy wants to become the leading car rental marketplace in Europe, and has raised €31 million to make good on its plans through a boost in product development and further international expansion.

Drivy has already attracted 850,000 users across France, Germany and Spain, and plans to launch in a number of other European countries (including the UK) before the end of the year.

The fresh capital injection was led by Cathay Innovation and Nokia Growth Partners, with participation of early investors Bpifrance (through its Ecotechnologie Fund), Via-ID (Mobivia group) and Index Ventures. The round brings the total amount raised by Drivy since it was founded in 2010 to €47 million.

A few months ago, the startup launched 'Drivy Open', neat technology that enables drivers to open cars with their smartphones and carry out self-service rentals. Drivy says it will give priority to the deployment of the service in several major European cities in the coming months.

Paulin Dementhon, founder and CEO of Drivy, said: “Drivy combines the quality of car-sharing, user experience and the scale of peer-to-peer marketplaces, with 3-digits growth every year. We have met all conditions to accelerate international expansion - great apps, a worldwide insurance partnership, and a strong management team. We will also continue to reduce friction in the rental process thanks to mobile and telematics, with Drivy Open self-service rentals spearheading this effort”.

**Also check out** a recent tech.eu podcast in which we featured Drivy and read:

When it comes to connected car technology, Europe is among the best in class

Drivy secures €31 million to expand its car rental marketplace internationally
Comments
Follow the developments in the technology world. What would you like us to deliver to you?
All