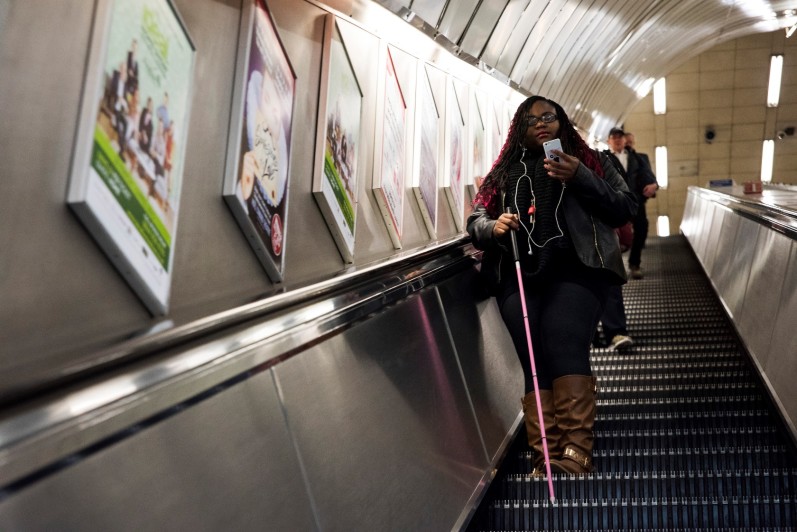 Non-profit organisation Wayfindr has published a working draft and demonstration app for the world’s first open standard for wayfinding technology for people with vision impairments.

The Wayfindr Open Standard is aimed at providing tools for other organisations to build and design consistent apps for the blind that use smartphones and beacon navigation systems to get around a building or public space.

Wayfindr, which is based in the UK, has already built an app that helps people with vision impairments get around tube stations in London. The app communicates with Bluetooth beacons throughout the station and sends audio directions to a user’s earpiece.

The organisation, co-run by the Royal London Society for Blind People (RLSB) and digital product studio ustwo, believes that its Open Standard’s design guidelines will provide uniformity across navigation apps and procedures on best practices for installing wireless wayfinding technologies like Bluetooth beacons.

It is building the Wayfindr Community, a collective of like-minded organisations, app developers, transport officials and many others to ensure the Open Standard is disseminated and used. Some of the other founding members of the Wayfindr Community include Finnish navigation software developers BlindSquare, Polish beacon hardware and software startup Kontakt.io, Australian spatial intelligence startup Bluecats, and research institute Nominet Innovation.

Wayfindr received a $1 million donation from Google.org to enhance its technology and is now also working with transport authorities in Sydney, and will carry out more tests throughout the year in various locations.

“As we investigated solutions to the global issue of independent travel for blind and partially sighted people, it was clear to us that we needed to do more than create another app. The world’s software developers and venue owners needed a standard to rally around in their efforts to improve the lives of the vision impaired,” said Umesh Pandya, CEO and co-founder of Wayfindr, adding that the ultimate goal is to see the community cover as many settings as possible with wayfinding technology together.

Mark Evers, London Underground’s director of customer strategy at TfL, said that it intends to work closely with the Wayfinder Community moving forward.

Publication of the working draft of the Open Standard is a “significant first step” in bringing navigation technology for the blind to more people, added Dr Tom Pey, chief executive of the RLSB.

Google-backed non-profit Wayfindr publishes draft of world’s first open standard for blind navigation apps
Comments
Follow the developments in the technology world. What would you like us to deliver to you?
All