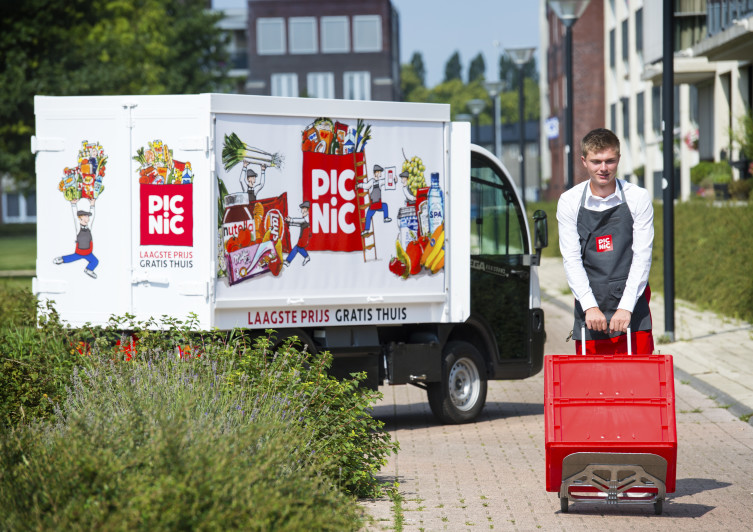 Picnic was founded 18 months ago and provides free online grocery delivery via electric vehicles. Cofounder Joris Beckers describes the company as the “modern milkman”. The company will invest the new funds in further expansion around the Netherlands.

It’s currently active in Utrecht, Amersfoort, and Almere with launches coming in more cities shortly – it recently added Delft, Leidschendam, Voorburg, Nootdorp, Ede and Veenendaal – and has plans to open more distribution centres around the Netherlands. According to its announcement, the company will employ over two thousand people this year.

The high profile investors include family funds like De Hoge Dennen, the firm behind pharmacy and retail chain Kruidvad and NPM Capital, the investment arm of SHV Holdings. The investors said they were impressed by Picnic’s long term vision.

Dutch online supermarket Picnic raises €100 million
Comments
Follow the developments in the technology world. What would you like us to deliver to you?
All