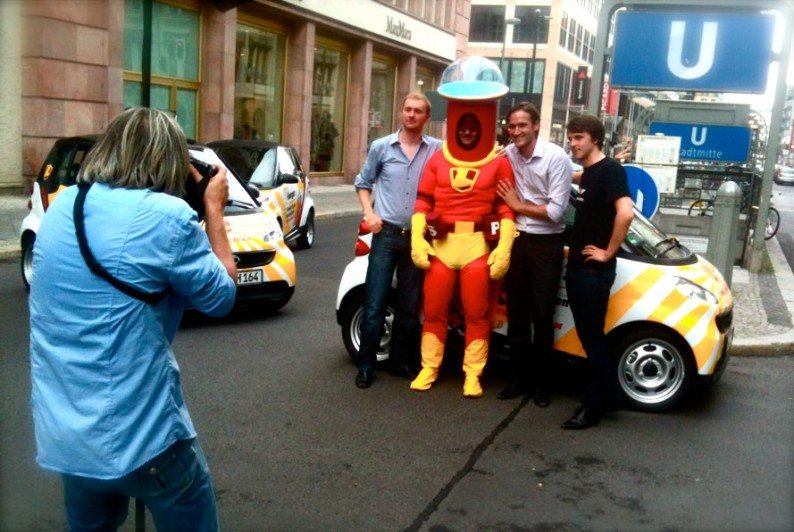 Take-away food ordering and delivery service Delivery Hero has raised €387 million (about $423 million) from Naspers, a global Internet and media group that often backs and acquires companies in Europe.

The Berlin-headquartered company, one of Rocket Internet's most successful portfolio companies, has raised more than $1.4 billion to date and currently enjoys a reported valuation of more than $3 billion.

Rocket Internet still owns a stake of around 33% in the company, which saw a 71% increase in revenues in 2016 with processed orders worth €2.3 billion across the globe. An IPO is probably not far off, though we might not see Delivery Hero go public until next year.

Niklas Östberg, CEO of Delivery Hero, commented on the fresh funding in a statement: "We are delighted to welcome such a renowned and strong investor with a proven track record in building successful platforms around the world. Naspers' capital and knowhow will support our growth momentum as we continue to focus on creating an amazing takeaway experience."

It's been quite the week for European tech funding, with UK-based Improbable securing $502 million from SoftBank and co, German fintech startup Kreditech receiving an investment of €110 million (from a Naspers subsidiary) and Madrid-based ride-hailing app Cabify reportedly raising $100 million from investors like Rakuten, Seaya Ventures, and AngelList.

Subscribe to our newsletter to get weekly updates on all deals in European tech.

Take-away ordering giant Delivery Hero raises massive €387 million in pre-IPO funding from Naspers
Comments
Follow the developments in the technology world. What would you like us to deliver to you?
All

NEXT
Norwegian.AI to launch €100 million fund to invest in artificial intelligence
A new investment fund tipped to be NOK 1 billion (€100 million) called Norwegian.AI was…
Jonathan Keane