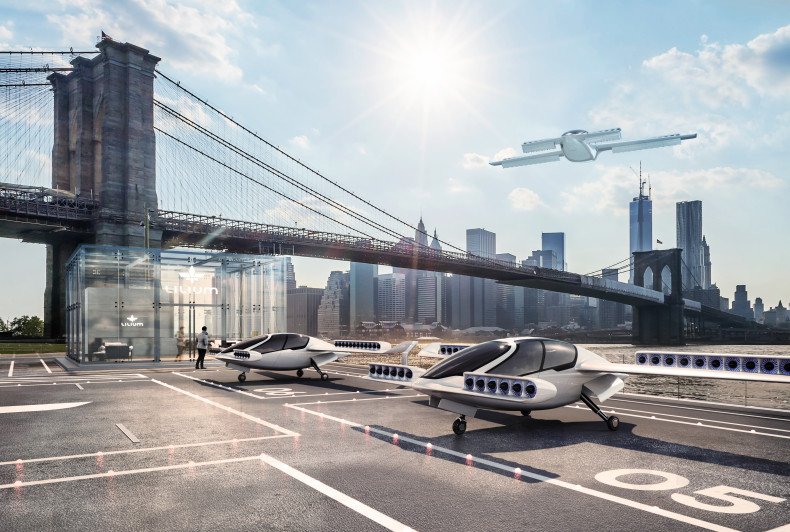 Lilium, the German company behind the electric “air taxi”, has raised $90 million in a Series B round from Tencent, Atomico, LGT, and Obvious Ventures.

Lilium is building an electric aircraft called the Lilium Jet that’s capable of vertical take-off and landing and can carry up to five people. It completed its latest rounds of tests with the prototype of the vehicle last April. The company plans to use the new funds to grow its team. It recently hired senior leaders from Airbus, Tesla, and Gett.

“We are continuing to recruit the very brightest and best global talent in aeronautical engineering, physics, electric propulsion and computer science to join us on this extraordinary aviation journey where the only limits are the laws of physics,” said Daniel Wiegand, CEO of Lilium, adding that this round of funding makes Lilium one of the world’s most funded electric aircraft, an area that is seeing a lot of activity.

The aircraft’s low-noise and zero emissions jet engines make it ideal for flying in densely populated urban areas, according to the company. It further claims that the aircraft can travel up to 300 km/hr on a single charge, shortening commuter journeys.

Lilium previously raised €10 million from Atomico, who also participated in this Series B round.

“Lilium has already demonstrated its leadership in this new eVTOL industry and its once-in-a-generation transformative technology will have a seismic, positive impact on the world for generations to come,” said Niklas Zennström, CEO of Atomico. “Now, with this latest investment round, Lilium has the capital and resources to speed ahead with the development of a commercially successful commuter aircraft that will transform the way we travel and help to solve some of the great challenges of our time.”

Germany’s Lilium raises $90 million for its electric air taxi
Comments
Follow the developments in the technology world. What would you like us to deliver to you?
All