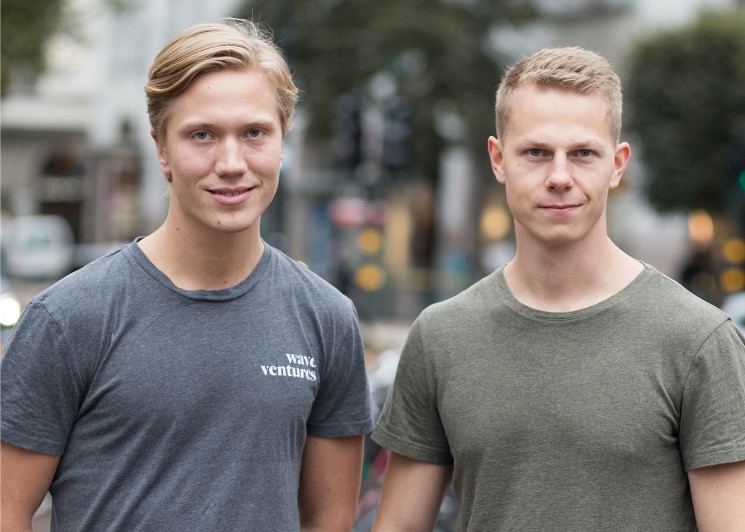 Wave Ventures, a Nordic early stage VC fund that’s run by students, has announced its plans for expanding into Sweden.

The firm, which was founded in Finland and invests throughout the Nordics, has appointed Rasmus Areskoug to head up its operations in Sweden. Areskoug (pictured, left) is an industrial engineering and management student from Lund University.

Alongside the team of student investors, Wave has announced that veteran VCs Hampus Jakobsson of Nordic Makers and Marta Sjögren of Northzone will be assisting the firm as advisors.

“We have been looking into Nordics and Baltics right from the beginning. Being more established in Finland it’s only natural to start strengthening the local operations elsewhere, Sweden being the first in line,” said Andreas Saari, CEO of Wave Ventures. “We want to be able to not only look for the most promising cases, but also to work hands on with the teams we invest in.”

Wave Ventures was founded by students at Aalto University and University of Helsinki in Finland and has raised €1.2 million for its fund, which was backed by Atomico CEO Niklas Zennström.

The firm invests at the pre-seed stage and seeks startups that are emerging from Nordic universities. It describes itself as “Europe’s smallest VC fund” but since launching in February has made four investments: Quicksave (gaming), Blok (real estate), Surgify (health), and Carbo Culture (biotech).

“By having a micro-sized fund, we’re able to take the VC approach to the very earliest stage. We will do 30-40 investments of €25-50,000, which is enough for many of the teams to get forward with their initial idea. When needed, we also take onboard co-investors right from the start to top up the round and to provide additional expertise in certain areas,” added Saari.

“As for someone rooting for unifying the Nordic startup ecosystem, I think the initiative of an easily approachable student-run fund is extremely refreshing,” commented Northzone’s Marta Sjögren.

Student-run VC firm Wave Ventures expands into Sweden, adds high-profile advisors
Comments
Follow the developments in the technology world. What would you like us to deliver to you?
All

NEXT
London adtech company Ve Global raises £15 million
Adtech firm Ve Global, based in London, has announced a new funding round of £15 million from…
Jonathan Keane