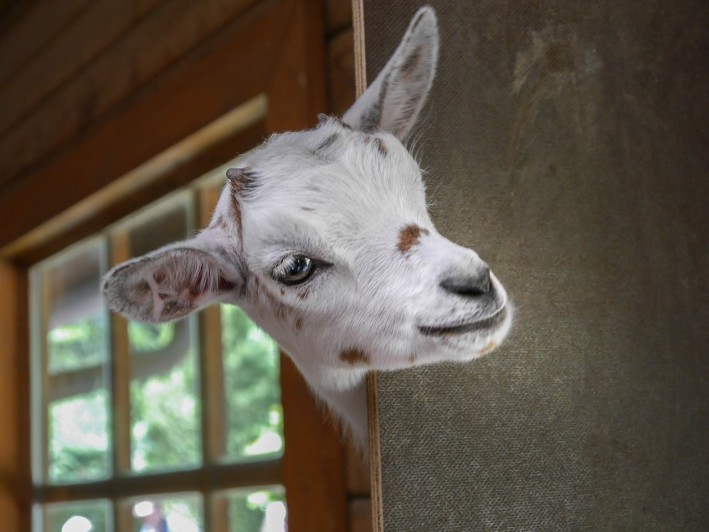 Swedish game studio and publisher Coffee Stain has acquired a majority stake in fellow Swedish company Gone North Games, the makers of goat simulator games. No terms for the deal were disclosed.

Gone North Studios, based in Stockholm, is the developer of mobile games like Goat Z and Goat Simulator: Waste of Space and describes itself as the “world leader in goat simulation technology”. Other games under its mantle include first person adventure title A Story About My Uncle.

Coffee Stain, which is based in the midlands city of Skövde, had previously partnered with Gone North for a number of years to work on these goat games and others.

“Since then the talent behind Gone North has played a major part in carrying the Goat Simulator brand into the future through their seemingly endless creativity and vision,” Anton Westbergh, CEO of Coffee Stain. “We welcome them into the Coffee Stain group with great excitement to soon be able to share more on their upcoming project.”

The new combined company will operate under the new name of Coffee Stain North, based in Stockholm.

“When we first approached Coffee Stain we already knew we had a lot in common,” added Sebastian Eriksson, CEO of Gone North. “And over the years we’ve worked together we’ve discovered a deeper personal connection in everything from humour to game design sensibilities.

“All these commonalities have given us true creative freedom, and with the resources and support of Coffee Stain we’re currently working on our biggest project to date.”

Goat simulator maker Gone North acquired by Sweden’s Coffee Stain
Comments
Follow the developments in the technology world. What would you like us to deliver to you?
All