Tech.eu Insights creates insight and guides strategies with its comprehensive content and reports. Browse popular Insights content.
Examine the effects of the latest technology with the Tech.eu lens, see the details and create powerful strategies. Take immediate action to access exclusive articles and reports.
Review Advantageous Packages
Does your company have Insights access? Check it
Features/Profiles
Sponsored by Vodafone

The Arch Summit bridges the gap between startups and corporates

The Arch Summit in Luxembourg takes place on May 3-4, bringing together the corporate and startup worlds for networking and deal making.
Jonathan Keane 06 April 2018
Share
Facebook Twitter Linkedin

Editor’s note: This is a sponsored article, which means it’s independently written by our team but financially supported by another organisation, in this case, Vodafone. If you would like to learn more about sponsored posts, read this and contact us if you’re interested in partnering with us.

The Arch Summit in Luxembourg takes place on May 3-4 and brings together the corporate and startup worlds, giving both parties an opportunity to network and partner to drive innovation.

Organised by Tomorrow Street (a public-private partnership between Vodafone and Technoport), the event is held at the LuxExpo conference centre, and provides a unique opportunity for startups to meet face-to-face with decision makers at large corporates.

Arch Summit puts startups in face-to-face meetings with the executives and managers. Starups will have access to:

• Startup pitch competitions for €250,000 in prize money • Thousands of executives from Vodafone and its 10,00+ suppliers in attendance • More than 600 purchasing specialists from every technology vertical • Exhibits from hundreds of startups and global tech corporations • Investors from Tomorrow Street’s global VC partners • Public sector representatives from Luxembourg and the EU • Other attendees include C-level Executives, media, influencers etc.

Speakers scheduled for the event include:

Startups competing at Arch Summit will have the chance to win €250,000 worth of prize money in three different competitions. One of the awards recognises startups that empower women, whether it’s in health, education, or equality, and has now been named the Whoopi Goldberg Female Empowerment Award after the actor for her “unprecedented source of motivation for people everywhere,” said Warrick Cramer, CEO of Tomorrow Street. 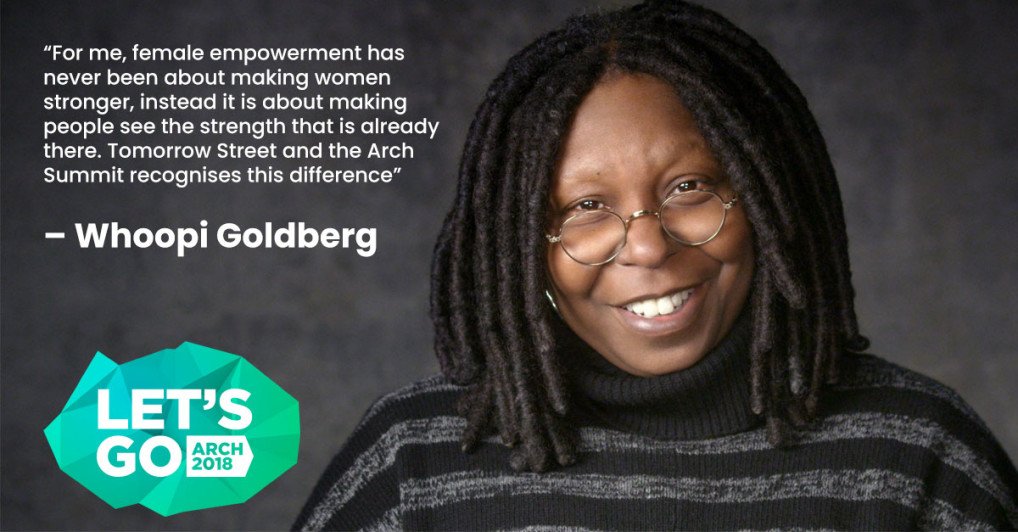 “It truly is an honour having my name associated with this award,” said Goldberg. “For me, female empowerment has never been about making women stronger. Instead, it’s about making people see the strength that is already there. Tomorrow Street and the Arch Summit recognized this difference.”

Readers of tech.eu can use the special code TECHEU for a discount on a Startup Pass.

The Arch Summit bridges the gap between startups and corporates
Comments
Follow the developments in the technology world. What would you like us to deliver to you?
All