After listing its shares on Spain's Alternative Stock Market (MAB, by its Spanish initials) back in November 2015, Madrid-based certified electronic communications and technology services company Lleida.net is taking the next step in its increasingly global journey.

Its shares started trading on the multilateral trading platform of Euronext Growth, giving Lleida.net a market capitalisation of €16 million.

The flotation was celebrated at a ceremony that took place at the Euronext headquarters in La Défense, Paris, with the company's CEO Sisco Sapena and its board of directors presiding over the traditional opening bell ringing.

Founded in 1995 with operations in Barcelona and subsidiaries in 13 countries, Lleida.net was once and Internet access provider and telco challenger, but specialises today in certified digital communications to make SMS and email messages legally binding documents. In recent years, Lleida.net has developed a series of complementary services, enabling it to give its clients’ communications an added value.

To wit, the Spanish company has obtained more than 75 patents on certification methods, contracting and electronic notifications with recent new ones in Middle East, Asia and Oceania - which will enable the company to reach new markets and internationalise even more. 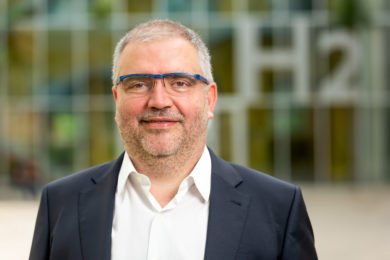 "Starting to trade on Euronext is a key element in our Europeanization strategy. We believe that Paris will be an international showcase of the highest level for the kind of investment Lleida.net is, and represents the perfect complement to the work we have been developing in the Spanish Alternative Stock Market since 2015."

In the first nine months of the year, Lleida.net sales exceeded €9.3 million, with an Ebitda of more than of €1.4 million, 43% more than in the same period of 2017. The company boasts offices in not only Madrid but also Lérida, London, Miami and Bogotá, as well as subsidiaries in Ireland, Brazil, Colombia, the Dominican Republic, Honduras, India, Chile and Guatemala.

By listing on Euronext Growth, Lleida.net aims to enlarge its investor base and access institutional investors from France, the US, the UK and other European countries, with experience in backing small and mid-caps.

For Euronext, it demonstrates its ability to attract Spanish small-sized tech companies already listed on their domestic exchange, but with ambition to grow at European and international level. Through a fast admission process (of about one month), softened listing requirements with €2.5 million minimum free float and a 'listing sponsor' who acts as a facilitator, Euronext Growth caters well to this type of company.

Lleida.net is the third Spanish company to list on Euronext this year. 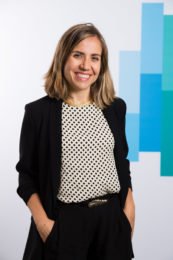 "We are very glad to welcome Lleida.net on Euronext Growth. Lleida.net is a great example of a technology SME that has been able to develop attractive solutions and services for its clients, reaching an international scale, thanks to a high quality management team led by its founder Mr. Sisco Sapena. It is now time for them to consolidate this expansion and broaden their base of investors. We are pleased to support them in this journey."

And keep an eye out in January for our report on all European tech IPOs and M&A transactions we monitored and analysed throughout 2018!

Spanish certified digital communications company Lleida.net lists on Euronext Growth at a €16 million valuation
Comments
Follow the developments in the technology world. What would you like us to deliver to you?
All