Earlier this week, the total market cap of the companies that went public in Europe saw a multi-billion boost thanks to the IPO of an internet company most consumers haven't heard about. Prosus, a listing by Naspers, went public on September 11 on the Euronext exchange in Amsterdam.

In the first day of trading, Prosus became one of the largest listed tech companies in Europe as its market cap reached €120 billion. Although Prosus is far from a household name, it holds stakes in a number of technology companies that serve more than 1.5 billion people in 89 markets. Among those are Tencent, Mail.Ru Group, and Delivery Hero.

Prosus focuses on several markets that present above-average growth opportunities (when compared to mature markets) due to their economic growth, scalability and fast-growing, mobile internet penetration levels. Its portfolio businesses and investments primarily operate in China, India, Russia, Central and Eastern Europe, North America, Latin America, Southeast Asia, the Middle East, and Africa. The company has developed strong brands in these markets, and believes that those global and local brands are an important way for it each of its businesses to differentiate itself from its competitors, thereby driving organic traffic through consumer word-of-mouth. 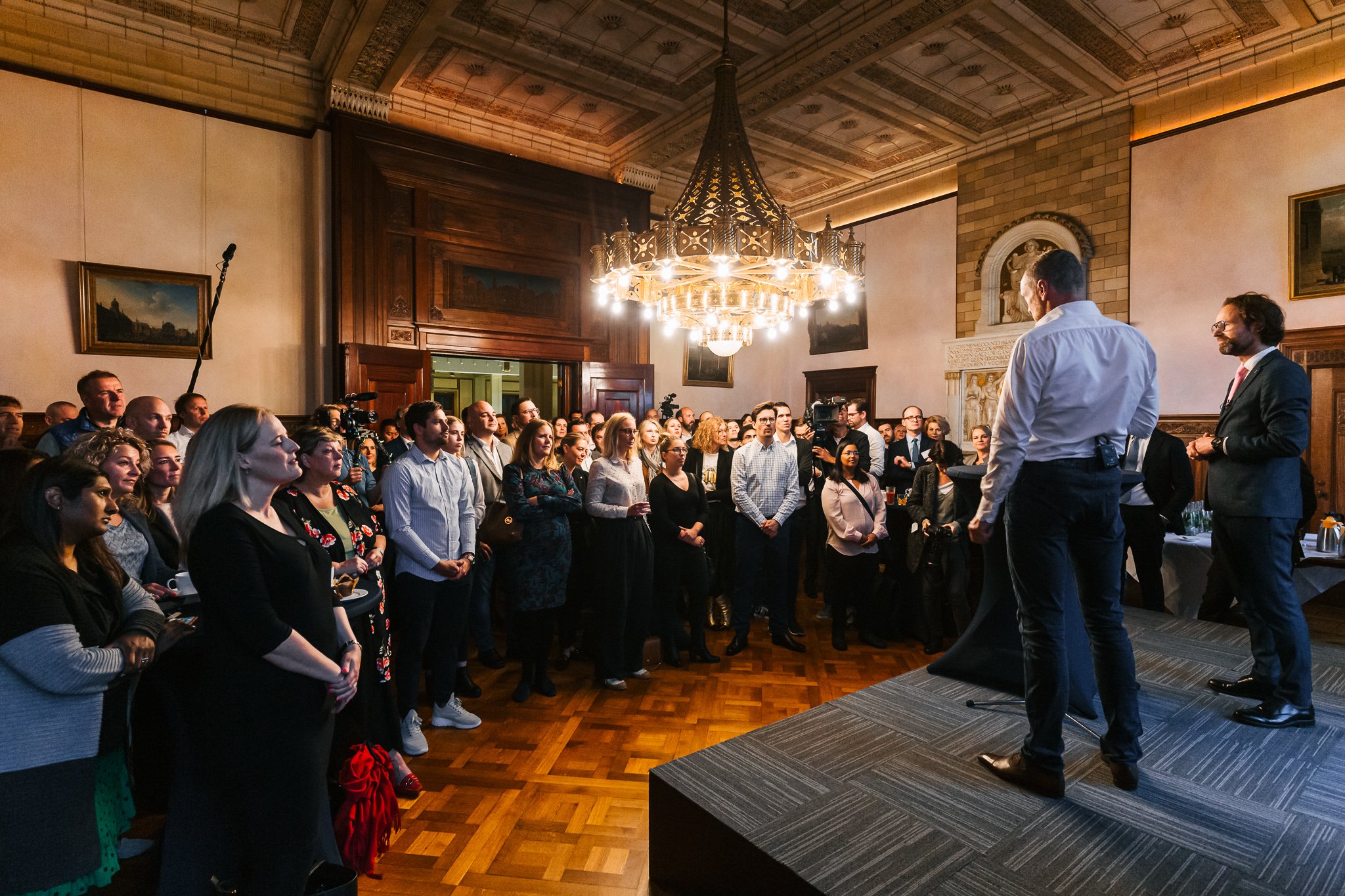 “The listing of Prosus is an exciting step forward for the group, giving global technology investors direct access to our unique and attractive portfolio of international consumer internet businesses,” said Bob van Dijk, Group CEO of Prosus and Naspers. “We operate and invest globally in markets with long-term growth potential, and our companies and associates help improve the daily lives of around a fifth of the world’s population”.

“The listing on Euronext Amsterdam provides a strong foundation for our future growth ambitions. We will continue to seek opportunities to partner with exceptional entrepreneurs who are using technology to address big societal needs, and to create value for our shareholders.”

Prosus has joined a franchise of 480 technology companies currently listed on Euronext, which is seemingly becoming the venue of choice in continental Europe. Over the past five years, 120 tech companies have gone public on Euronext, raising a total of €27 billion.

According to the data provided by the exchange, an average IPO deal on Euronext is €51 million, but the effective range of raising at listing goes from €10 million to €1 billion, which reflects the broad size of companies floating on the exchange.

Striving to raise awareness of going public as an alternative to raising large private rounds, Euronext also holds the regular pre-IPO TechShare programme to train private companies interested in exploring this route. This year's edition, which includes academic seminars, hands-on technical sessions, and individual coaching, will start on September 20 with the kick-off in Rotterdam, the Netherlands, welcoming 132 participants and 75 partners from all over Europe.

“As an exchange, we need diversity of companies on the market,” said Anthony Attia, Global Head of Listing at Euronext and CEO of Euronext Paris. “Investors are looking for return on investment, but also for visibility and choice. We provide standardisation of trading through our unique technology platform, Optiq, but we also provide more sector-based visibility tools such as indices, investor access, equity research and corporate services.”

“We work differently with SMEs and large caps, with tech companies and family-owned businesses. We adapt the value proposition of the exchange, so these companies feel that we understand their business. At the same time, we make sure that when their stocks are offered to investors, investors can find the right trading tools.”

Prosus goes public on Euronext Amsterdam and becomes the largest tech company listed in Europe
Comments
Follow the developments in the technology world. What would you like us to deliver to you?
All

NEXT
Feeding the future is not just for agritech: Win €15,000 and get long-term investment in a cross-industry startup challenge by Lely
Editor’s note: This is a sponsored article,…
Andrii Degeler