Five innovation hubs in CEE you may never have heard of, but ones to watch next 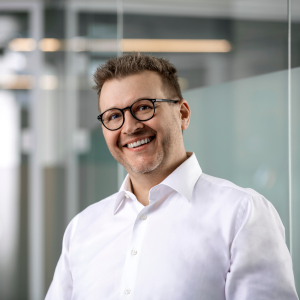 (Editor’s note: this a guest post from Adam Niewinski, co-founder and managing partner at OTB Ventures, a VC fund focused on early-stage tech companies in Central and Eastern Europe.)

Central and Eastern European countries have been tech laggards for many years, but the tide is turning, and the CEE region is rebranding to become the most attractive destination for tech hubs. As the region evolves and competes for new funding and infrastructure investment, CEE governments create friendly regulatory frameworks to encourage entrepreneurship and support the startup community.

The European tech ecosystem is rapidly maturing, and although undoubtedly a challenging year for all, 2020 saw record amounts of VC investment in Europe’s rising stars. Many CEE capital cities have become the go-to destinations for large multinational companies to establish their R&D facilities, largely due to a pool of tech talent. Along with R&D-based activities, the region has become known for its innovative startups changing the way we work, socialise and do business.

Whilst home to many well-known brands, these five locations are neglected drivers of innovation in the CEE set to play a central role in tech development in the years to come.

With over 40,000 higher education students, Bratislava is one of the most underrated tech hubs in Europe. It is home to many tech companies such as Eset, Minit, Sygic and Segron, from seed through to scale-ups and a cybersecurity unicorn! Bratislava companies benefit from proximity to Vienna, which offers Austrian sales know-how. Vienna also serves as a transportation hub, facilitating international business travel to countries with the highest tech spend.

Cluj-Napoca, commonly known as Cluj, is the fourth most populous city in Romania and fast becoming one of the most vibrant tech centres in Eastern Europe. The innovative tech environment is fuelled by companies such as Aegon, Emerson, and Betchtel, who chose Cluj as their regional corporate headquarters.

Local initiatives, such as Transylvania Digital Innovation Hub, Techcelerator, and CodeCamp, support the growing ecosystem, and the city already has a lot to be proud of. Local video adtech startup LiveRail was acquired by Facebook for a reported $400—500 million in 2014, and Skobbler, a map and navigation app, was acquired by Telenav for about $24m.

Kharkiv is the second-largest city in Ukraine with a young, vibrant, and promising startup ecosystem that is largely overlooked by global VC and tech community. The city is home to 500 tech product and service companies, over 31,000 IT specialists, and 3,000 young graduates from 18 technical universities joining the workforce every year.

Kharkiv is the birthplace of GitLab, a side project of a Kharkiv citizen turning into a truly global business with team of 1,300 based in 70 countries, and a $6 billion valuation. The founder of ClassTag that connects teachers and parents in 25,000 US schools has her roots in Kharkiv as well, while Scalarr, which has just raised a fresh funding round, is another promising company with unique mobile fraud detection technology and an established global customer base.

Among the Baltic states, Estonia is the country that the global tech community is most familiar with. However, there is another promising startup ecosystem in proximity. With its capital in Vilnius, Lithuania has more than 1,000 startups, 8x growth in just 8 years, and rich talent pool of more than 27,000 professional software developers. In 2019, Lithuania officially welcomed its first unicorn, Vinted.

Lithuania’s strong fintech competence and supportive regulatory framework are driving the growth of exceptional startups in financial industry, both mature businesses such as TransferGo as well as rising stars such as Ondato.

Brno is home to one of the most famous antivirus companies AVG (acquired in 2016 for $1.3 billion by Avast) as well as hundreds of startups including Kiwi, a flight booking engine with a €1.3 billion turnover in 2019. Brno has a high concentration of R&D centres for international companies including Red Hat, AT&T, Honeywell, Konica Minolta, FNZ and Blaumer, as well as shared services centres for tech companies such as Infosys, IBM, Lufthansa, InTouch and Deutsche Telekom.

The city also has eight universities including Brno University of Technology, the largest and oldest technical university in the Czech Republic, and one of the leading research and teaching institutions with around 20,000 graduates strengthening the local talent pool annually.

Whilst the CEE region continues to compete for talent with its more established Western counterparts, these new tech ecosystems have already made a name for themselves for becoming a tech haven for innovative businesses set to thrive in the years to come.