Malta: the pros and cons of building a startup on the sunny island 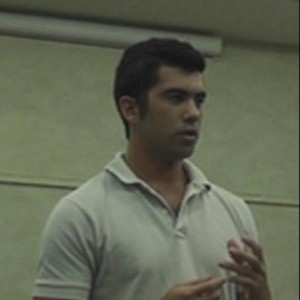 Editor’s note: this is a guest post from Jeffrey Romano, who works at Malta-based startup Scheduit.

When thinking about startup hubs in Europe, most people immediately thinks of Berlin, London, Paris, Stockholm, Dublin and increasingly, Lisbon.

One other promising startup location that doesn’t get much press is Malta. Few have noticed, but the tiny Mediterranean island has an intriguing opportunity to position itself uniquely on the European startup map.

For the past 15 years, Malta has built a strong economic foundation by focusing on growing in specific industries. In the online gambling sector, Malta is considered as one of the best European locations with market leaders like Betsson Group, Betfair and Tipico all based on the island. In the financial sector, Malta’s stable bank sector helped the country get through the 2008 recession practically unscathed. And in ICT, Malta boasts an excellent infrastructure backed up by an increasingly technical workforce. As an example, for the past three years, Malta has boasted the leading e-government system in the EU.

One other major reason why the island has managed to grow and diversify its economy is due to generous (individual and business) tax benefits that successive governments have implemented and promoted. In reality though, such tax benefits are in competition with others such as the SEIS (Seed Enterprise Investment Scheme) in the UK.

Apart from tax benefits, the Maltese government provides other forms of assistance such as help with access to finance and internationalization. Although such schemes rarely make or break a business, having support such as financial assistance when participating in exhibitions abroad is always helpful.

Government is a key player and understanding startups is important in building a sustainable vision.

Andy Linnas, head of TAKEOFF, Malta’s leading startup incubator, is optimistic about the future of Malta’s ecosystem, pointing out that “companies like HotJar, Reaqta, DiscountIF and Oulala have already achieved impressive traction and we believe that they deserve Malta’s support and attention”.  At the same time he points out that “if Malta wants to stay ahead in the new knowledge economy, it has to start thinking and planning in terms of five, ten, and twenty year perspectives”.

The context behind starting up in Malta

The benefits of starting up in Malta go beyond government initiatives. For example, if one takes into consideration local developers, these are technically competent, speak good English and are hard working. Historically, the island has always relied on its people to be competitive, as it has no natural resources, and this attitude of grinding through work has permeated into Malta’s culture.

On the other hand, Malta is only a country of 425,000 people and the size of the workforce is limited. Similar to other startup hubs, there aren’t enough developers available. However, Malta is a popular place to come and work in; the fantastic weather, lively nightlife and the fact that it is a family-friendly location has attracted many professionals to the island.

In the stressful life of startup founders, little things like waking up to a sunny day, living close to your office and being able to go out and converse with anyone (in English), can have positive productivity effects in the long term. In that respect, Malta is more similar to Silicon Valley than most other European cities.

However, there are aspects of Maltese culture that don’t make it ideal as a startup hub. The preference to settle down, get a mortgage and a stable job is still strongly prevalent, although things are changing.

An aversion to taking risks, together with the tendency towards ‘small thinking’ in how locals run their businesses, can be a dangerous combination. Although this is a common trait in Europe, it is even more serious in Malta where many locals have traditionally perceived themselves as inferior to their continental and American counterparts.

On the flip side, a developer in Malta costs significantly less than a developer in London. In fact, many things cost less in Malta when compared to the UK or continental Europe. From office space to food to entertainment, startups can get more bang for their buck by operating in Malta. Startups can make their money last longer. The lower operating costs can also mean that they need to ask for less venture capital and give up less equity early on.

The need to look beyond Maltese shores

Unfortunately, when it comes to finding venture capital, Malta is not of the best place to be in.

Although there are a few business angels and corporates prepared to invest in startups, access to finance is often brought up as a major business challenge.

Startup founders must turn their attention to events and contacts abroad in order to find opportunities to pitch experienced investors. This was the approach taken by Rawstream founder Brian Azzopardi. Brian and his startup were winners of Seedcamp’s London program in 2012 and used that as a platform to attract investment.

That said, the reality is that certain investors will only back startups that are close geographically and that limits the options for startups operating in Malta.

Attracting finance is not the only reason why Maltese startups need to travel abroad. Finding high quality networking opportunities is another reason. Although the size of the local startup community is growing, it is still in its infancy. In addition, most local businessmen are still relatively inexperienced with startups. We are only just starting to see the first local startups developing into ‘scale-ups’, so nobody in Malta can really speak about their experience scaling a business to ten million users or about successfully selling their company.

However, there are still opportunities to speak and learn from more experienced founders and investors. We are now beginning to see a number of speakers come to Malta to share their stories and lessons and individuals from the expat community are also coming forward and offering their expertise.

Furthermore, since Malta is well connected to major European airports, participating in the growing number of startup conferences around Europe provides founders with new networking options. One might argue that it is easier to validate and get feedback on your product when you are part of a lively startup ecosystem. That much is true. Yet at the same time, in many cases validation can be achieved by speaking to customers online and by investing in attending a few serious startup and industry events abroad.

Dr. Abdalla Kablan, founder of Scheduit, a Maltese startup that has introduced one of world’s first social networks that uses artificial intelligence to match compatible professionals, points out that “we validated our idea by speaking to founders, prospects and investors that we met at international conferences abroad as well as in Malta. We are very happy with using Malta as our base due to high calibre of professionals, as well as the strategic central location of Malta that enables us to travel flexibly to any summits around the world.”

In conclusion, Malta might not be a startup hub that is on the same level as other bigger European cities. Yet, it has an opportunity to attract early-stage startups who want to work in a location that combines good weather, low operating costs and increasing government support.

With Maltese startups beginning to think big and take on the global market, it is inevitable that they will start attracting interest from abroad. Will Malta ever develop its’ own unicorn, similar to how Estonia gave birth to Skype? It’s way too early to say. But what is for sure is that the option to escape to start a company from a sunny island in the centre of the Mediterranean is one that more founders will seriously consider in the years to come.

This website uses cookies to improve your experience while you navigate through the website. Out of these, the cookies that are categorized as necessary are stored on your browser as they are essential for the working of basic functionalities of the website. We also use third-party cookies that help us analyze and understand how you use this website. These cookies will be stored in your browser only with your consent. You also have the option to opt-out of these cookies. But opting out of some of these cookies may affect your browsing experience.
Necessary Always Enabled
Necessary cookies are absolutely essential for the website to function properly. These cookies ensure basic functionalities and security features of the website, anonymously.
Functional
Functional cookies help to perform certain functionalities like sharing the content of the website on social media platforms, collect feedbacks, and other third-party features.
Performance
Performance cookies are used to understand and analyze the key performance indexes of the website which helps in delivering a better user experience for the visitors.
Analytics
Analytical cookies are used to understand how visitors interact with the website. These cookies help provide information on metrics the number of visitors, bounce rate, traffic source, etc.
Advertisement
Advertisement cookies are used to provide visitors with relevant ads and marketing campaigns. These cookies track visitors across websites and collect information to provide customized ads.
Others
Other uncategorized cookies are those that are being analyzed and have not been classified into a category as yet.
SAVE & ACCEPT
<link rel='stylesheet' id='infinite-scroll-elementor-css-css'