Finally, a pan-European set of rules on crowdfunding: here’s why this is a huge step for the industry 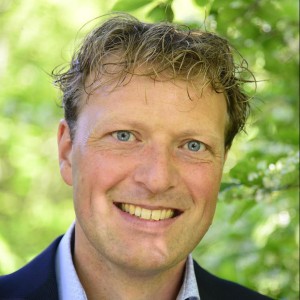 (Editor’s note: this is a guest post from Ronald Kleverlaan, a thought leader on crowdfunding and alt finance in Europe thanks to his roles as director of the European Centre for Alternative Finance and senior partner at CrowdfundingHub.)

From an academic paper I co-authored back in 2012 to an agreement on European crowdfunding regulation in 8 years.

A huge success for the crowdfunding ecosystem and a clear signal that crowdfunding will play a large role in the financing of startups and SMEs in Europe in the next decade!

At this moment every country in Europe has either its own crowdfunding regulations (for example France and Germany), works with exceptions (such as The Netherlands) or restricts the use of crowdfunding completely.

The result is a very fragmented landscape with mature crowdfunding markets (UK, France, Germany, The Netherlands) and a lot of countries that are still underdeveloped. Even in the mature markets, most platforms are also only focusing on their national markets.

On October 5th, the European Parliament agreed on the European Crowdfunding Service Provider (ECSP) regime paving the way for a harmonised common set of rules on crowdfunding for all member states, starting already by the end of 2021. This is a very important step to provide additional trust to investors and entrepreneurs who are looking for funding. It will also stimulate the growth of pan-European platforms.

The announced merger on the same day of the two leading European equity crowdfunding platforms – Crowdcube and Seedrs – is a clear signal that the consolidation in the industry will continue. By merging these two platforms, a large equity crowdfunding platform will be created that can use their combined experience and networks to roll out activities in all European countries.

French platform October is already preparing on the new situation and launched in the previous years offices in Italy, Germany, Spain and The Netherlands. I expect more platforms will follow this route, either by launching own offices or merging the activities in several countries. More acquisitions and mergers can be expected in the coming two years.

From the platform economy it is well known that only a few large digital platforms will survive.

The Crowdcube/Seedrs combination will for sure be one of the leading equity crowdfunding platforms in the next decade in Europe. They already raised over £2 billion for 1,500 startups (including several unicorns). They announced they want to become the world’s largest private equity marketplace and therefore become more important than the venture capital industry.

For the crowd-lending industry, the competition is still open. It would be interesting to see which platform (or combination of platforms) will become the leading provider of SME financing in Europe. I expect that the leading crowd-lending platforms in the next decade will provide more funding to SMEs then traditional banks, especially for loans below €1 million.

After this vote at the European Parliament, the European regulator ESMA has the task to draft specific guidelines for the national regulators. This needs to be done quickly, because the ECSP regime will enter into force in 12 months from publication.

Therefore, the next 12 months will be very important for national regulators and crowdfunding platforms to work together and implement the new ECSP regime and guidelines from ESMA in the best way possible.