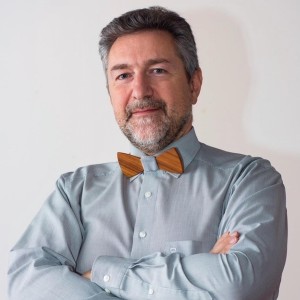 Co-founder and managing partner at the Untitled Ventures.
More articles

Editor’s note: this a guest post from Konstantin Siniushin, co-founder and managing partner at the Untitled Ventures, a deeptech-focused European early-stage VC fund.

Last year set a record for the number of large deals in the European startup market. According to PitchBook’s report, total European VC exit value has increased 13.9% year-over-year to €18.6 billion across 697 deals, with €7.6 billion in value in Q4’2020 alone.

According to Crunchbase, the largest exits in the fourth quarter 2020 include biotech company NBE-Therapeutics, a developer of cancer therapies that was acquired by Boehringer Ingelheim for $1.2 billion; on-demand beverage delivery company flaschenpost SE was acquired by Dr.Oetker for $1 billion, and cloud communication company Voxbone was acquired by Bandwidth for $527 million.

Valuations of European VC-backed companies have yet again broken records in the first six months of the year across all financing stages. PitchBook’s Q2 2021 European VC Valuations Report says that exit valuations in the first half of 2021 paced well above last year’s total as tech companies took advantage of favorable market conditions and the tech-centered tailwinds driven by the pandemic.

Why are startups increasingly opting for M&A?

Mergers and acquisitions (M&A) deals are increasingly comparable in volume to companies’ IPO valuations. The Swedish online platform for purchase financing for merchants and shoppers, Klarna, has spent over $508M for the acquisitions.

Selling a business, especially if it has started to gain momentum, is always a difficult decision for founders. However, this is the right solution if, for example:

— it will allows launching a service or technology in new markets faster than competitors;

— the co-founders are not inclined to make this particular business the work of their lives,

— the deal will save the startup from defeat in the fight against competitors and collapse.

So, how do you get the most out of an M&A deal?

Time and amount of the transaction

Sometimes a start-up gets an offer at a very early stage of development. At this point, even a small price may seem attractive to founders. If a startup has already received funding from an early stage fund, the fund’s experts will advise the founders how much the offer is “in the market” and whether it makes sense to wait for a more profitable option.

A late-stage startup should involve a professional M&A consultant, a team of lawyers, and an experienced CFO in the deal. In my experience, co-founders can leave a startup even within a year after the successful launch of a unique product to the mass market or even before the introduction of a unique technology, the effectiveness of which has already been proven.

When entering into an M&A deal at an early stage, the startup’s monetization is often irrelevant. A strategic investor buys a custom HYIP or new technology, which he is ready to take care of monetizing himself. While in transactions at later stages, the investor buys precisely the size and high growth rate of the company’s revenues. Startups usually achieve this within 5-10 years of being in the market.

If co-founders want to sell a startup that is in the growth stage, current investors can help them find and evaluate a potential buyer. If a startup is already receiving revenue, then there will be several potential buyers, and the deal can be conducted from a position of strength.

When evaluating buyers, you need to understand for what purpose they are entering the deal and whether their goal matches yours. For example, a corporation can buy a startup with one goal — to shut it down and disband the team in order to protect its own technology from competition. If a corporation wants your company to develop within it, then it is important to have a common “cultural code” — a set of values ​​and business practices.

When deciding whether to agree to a deal, founders should analyze in advance the history of purchases of other companies by the same strategic investor and integrate them into the overall structure of their business.

During negotiations, do not hesitate to ask a potential buyer questions about his plans for the future of your business and about the transition period after M&A. Both the founders and the startup employees can agree to even the most unpleasant scenarios — that they’re losing control over the business or it will be shut down — for a certain price.

Although in real life, a complete refusal of founders to participate in the fate of a project is rare. Most often, the strategic investor asks the founders to work out the entire transition period in the project (as a rule, it lasts from one to three years), gradually transferring more and more powers.

The buyer’s intentions are also negotiable. If co-founders are not satisfied with these intentions, they can value their business more. The biggest mistake is when the founder is overly emotionally attached to his brainchild. After all, a startup is not a child, but a product that, no matter how beautiful it is, must sooner or later find its buyer. Even if the founder will not be able to participate in the development of the sold startup in the future, he will be able to send the proceeds to new projects and become a serial entrepreneur.

When selling a promising business, founders need to decide in advance what concessions to demand from the buyer. These may include:

— contracts with specific terms and conditions for key employees or the whole team,

— participation in business development from a specific management or consulting position,

— options to receive new shares of the corporation, especially when it is listed on the stock exchange.

In some cases, a startup can retain some of its autonomy — the right to develop as a separate business or at least under its own brand. However, corporations tend to be interested in deep integration with the startups they absorb — this has happened with WhatsApp, Instagram, LinkedIn, and other smaller startups.

A lot depends on the structure of the acquiring corporation — the standard degree of integration can be predicted in advance from its transaction history. Even if, after the merger, the startup becomes a fully autonomous business unit, the founders must be prepared for changes in formal management processes.

Among other standard conditions, it is customary to negotiate the preservation of guaranteed contracts for all key employees and the payment of compensation to employees whom the strategic investor is not ready to accept into its structure. Both of these lists are discussed during the planning phase of the deal, along with the amounts needed to retain employees during the transition and incentivize them not to leave of their own accord.

Separately, the founders negotiate options with the buyer for the achievement of the target indicators by the top managers of the startup who join the buying company. Sometimes, especially in cases where the shares of a corporation are traded on the stock exchange, options of a smaller volume can also be obtained by ordinary employees of the startup. If the buyer does not see a place for the founders in the company after the transaction, then he can pay them royalties to incentivize them to work in good faith during the transition period.

Investors can also set their own conditions — for example, requiring them to retain their seats on the board of directors. This happens when there is a cash-free stock exchange transaction and the project to be absorbed is valued higher against the background of the overall valuation of the corporation that absorbs it. Although, as a rule, by definition, for a venture investor with a successful exit, a new story begins, but with other startups.