The Valkee conundrum: I've been shining bright light on my brain for weeks now, and I don't know why

I've been using Valkee's in-ear bright light therapy headset for a few weeks now. Here's the problem: I can't really tell if it's making me feel better, but I also can't say that it's NOT making me feel better.
Robin Wauters 20 December 2013
Share
Facebook Twitter Linkedin

For the past few weeks, I've been sticking music headphone-style plugs in my ears for twelve full minutes every morning shortly after waking up. Not for listening to music, mind you: they are Valkee plugs, and they shine a bright light directly on part of my brains.

Why the hell am I doing that, you may be inclined to inquire. Well, first of all, because I got them for free - a limited edition, no less! - after the recent Slush conference in Helsinki (Valkee is a Finnish company).

Secondly, the bright light plugs are designed to, according to Valkee's website, "maintain your energy levels, keep up the good mood, reduce need for excess sleep, and fight cravings for sweets".

Well, I'm certainly sleep-deprived and in need of more rest, with all the traveling and starting a new business and trying to ensure our nearly 3-year old survives yet another day. I certainly have way too many cravings for sweets. I definitely have trouble maintaining my energy levels.

All I really have going for me is a good mood, at least most of the time ... I think.

And thirdly, I figured it simply wouldn't hurt to give Valkee a shot. I was right - but is that enough? 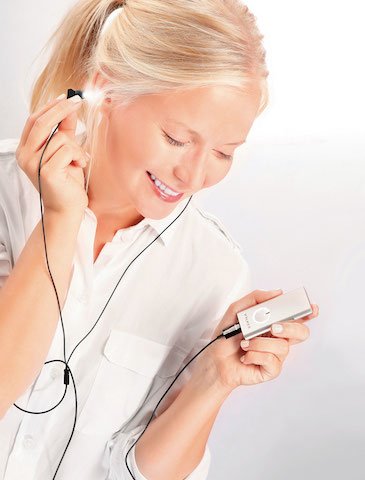 With its MP3-player resembling devices, Valkee offers on-demand, in-ear bright light therapy. This exists because, apparently, people are increasingly suffering from reduced exposure to daytime light, for a variety of reasons (shift work, long-distance travel and whatnot).

Reduced daytime light causes many problems: from winter blues, mood swings and general fatigue to anxiety, sleep deprivation, carbohydrate cravings, and dampened spirits. These symptoms usually appear in the autumn and winter months when nights are getting longer and daylight is scarce. People who work in light-deprived environments or as shift workers during the night can also suffer from similar symptoms.

To improve people's moods, sense of well-being and raise their energy levels, Valkee suggests buying its headset - the 'Valkee 2' costs 199 euros and comes in two colours, black and silver.

Now, this isn't a scam. Valkee's products are the result of long-term scientific research and development work, in collaboration with Finland’s Oulu University, and its bright light headset has been clinically tested and is a certified medical device in European class II(a) for treating and preventing seasonal affective disorder (SAD) or "winter blues".

Valkee claims its headset "relieves SAD symptoms like tiredness, anxiety and reduced cognitive performance" and that, in a clinical trial, "9 of 10 participants suffering from severe SAD symptoms experienced a total relief". All this and much more about the science behind Valkee can be found on its site, and the company relentlessly puts out press release after press release to prove its worth.

That's all fine and dandy, but here's the problem: how can I, as a consumer, reliably measure the results and seriously evaluate the effectiveness of Valkee's bright light headset?

What I've discovered after using Valkee intensively the past few weeks

That's not to say the headset isn't a perfectly adequate and worthy clinical device - it's just that it's nearly impossible to truly measure the effects as far as I'm concerned.

If I sleep more, or better, I'll likely feel more rested. But how can I tell this is because of using the Valkee 2 device, or simply because my sleep was better for different reasons?

If I feel more energetic than usual, do I have to thank Valkee for that, or is it simply a result of multiple factors that have nothing to do with the bright light therapy?

If I crave less sweets today than most days last week, is it because I've been using the Valkee headset, or because my wife repeatedly told me I should be watching my weight?

If I'm more upbeat than usual, is it because of the 12 minutes of bright light beamed onto my brain every morning, or because somebody said something nice about me or what we're doing at tech.eu, or because my young son was extra cheery and animated today?

I hope you see where I'm going with this: when you live a life with irregular sleeping patterns, travel and other factors (such as the stress and excitement of embarking on a new venture), your quality of sleep, energy levels and mood will depend on a lot of things. Plain and simple, I don't know whether Valkee is just one of those things, the main contributing factor, or if it doesn't have any effect at all.

This, I believe, is Valkee's biggest mountain to climb. They may be able to scientifically prove that their headset does what they say it does, but if someone is going to pay 200 euros for a device, they're going to have to notice and feel this for themselves. For the record, some do.

Turns out I may simply be too healthy (go figure) 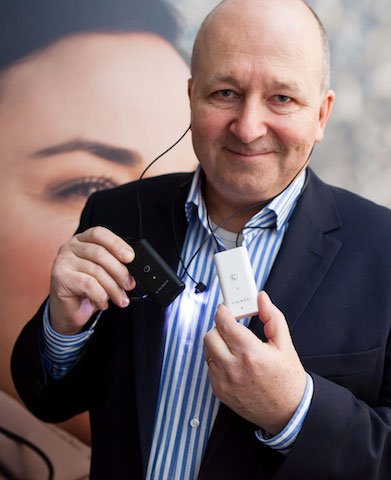 I presented this problem to Valkee CEO Pekka Somerto (picture), and he delivered:

Of all Finnish people at these latitudes, 40% suffer from some degree of Seasonal Affective Disorder.

At its least, it’s subsyndromal winter blues, and in its more severe form it's real depression. The symptoms are those that you’ve tried to pay attention to and observe in yourself, too: too much sleep, low energy, depressed mood, craving for carbs.

But, if you’re not suffering from the condition - and 60% of Finns aren’t - you won’t really experience relief from them either.

Analogous with “if you don’t have a headache, how do you know if Aspirin is working or not?”.

The further south you go from Finland, the smaller the prevalence of SAD is, but it is still to the tune of 25% of the population in the Northern parts of continental Europe.

At the end of the day, it sounds like you may be a basically healthy person who does not suffer from SAD and does not need the cure for it either. Not everybody does.

I also asked Somerto whether this means there may not be enough of a market for Valkee to build a huge business, to which the affable chief exec responded:

Of the total European population, the estimate (sources are available if you need) is 17.8%.

For a business, the bigger challenge than geography is the strong seasonality of winter blues. The “high season” lasts just 3-4 months of the year and we’re in the middle of it now.

Somerto also said winter depression is a global phenomenon, and provided me with this map/graph: 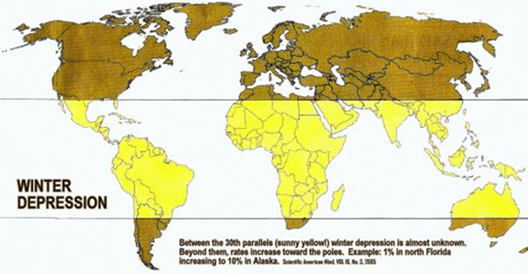 I'm going to keep plugging in the Valkee 2 headset every morning for a full twelve minutes, because I figure it won't do any harm, and if the positive impact is really there, then all the better.

But I still don't know whether Valkee works for me, and I'm positive I wouldn't pay 200 euros for the headset if that continues to be the case.

Full disclosure: as mentioned in the beginning of this article, I have received the Valkee 2 headset (price: 199 euros without eventual shipping costs) free of charge to try it out.

All images used above courtesy of Valkee.

The Valkee conundrum: I've been shining bright light on my brain for weeks now, and I don't know why
Comments 12
Follow the developments in the technology world. What would you like us to deliver to you?
All

NEXT
From Tech City to Tech Continent: what are European governments doing to support their startups?
After years of disbelief and denial, European…
Roxanne Varza