AngelList is about to spread its wings in Europe (video interview)

Startup and investor community AngelList is making a big push into Europe. The company has hired Philipp Moehring away from Seedcamp to lead the charge, so we caught up with him to learn more.
Robin Wauters 28 January 2014
Share
Facebook Twitter Linkedin

After a number of attempts to establish an 'AngelList for Europe' - most notably by Dealroom and f6s - and some local efforts such as Venturate in Germany, it looks like the most likely candidate is stepping up to the plate to claim the title: AngelList itself.

The San Francisco company, which operates an online community for startups and investors that aims to make fundraising and other processes more efficient, recently recruited Philipp Moehring to make a push into Europe.

We caught up with Moehring during a recent trip to Berlin, where he will be based, and asked him what's up.

Moehring was previously an investment manager at VC firm DuMont Venture, and most recently Principal at pan-European seed fund Seedcamp, notably a close AngelList partner. At AngelList, he will focus first and foremost on getting regulatory approval for a number of key products.

For now, European startups can only use AngelList as a platform to network, hire and manage their company profiles, free of charge. AngelLists's 'Invest Online' feature, which lets accredited investors bankroll startups with tickets as low as $1,000, can only be used by European startups if the company is registered as a C-corp in Delaware (US) and meets certain other eligibility criteria.

It's currently not possible to raise money from European investors or syndicates (even if a US syndicate leads the round) until, as AngelList specifies in a FAQ on the topic, it has "a solution that complies with the laws and regulations in each investors' country".

When European investors will be able to run their own investment syndicates is unclear, but in the interview Moehring says it might take AngelList "a few months". 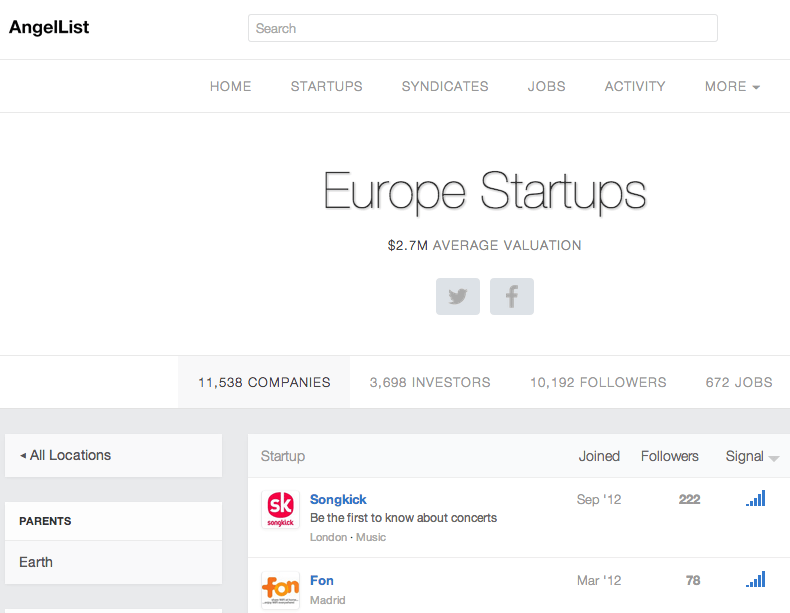 All this basically means AngelList isn't very useful for European investors yet (which is the reason they clearly state that they're not marketing to them at this point), while startups will also have to wait a while to benefit from the financing options the AngelList network can provide.

Asked whether AngelList will have to get regulatory approval for some of its products in each European country separately, Moehring said that the company is still in the process of figuring all that out, and that it will take up the majority of his time in the near future.

Moehring also made it clear that his former employer, Seedcamp, will continue to work with AngelList in a number of ways.

Finally, in a comment on the - potentially problematic for AngelList - fragmented nature of Europe, Moehring posited that AngelList as a platform is actually able to provide a lot of value in that regard, particularly in disjointed and emerging startup ecosystems, because it can effectively enable connections and transactions over the Internet.

"In Europe, fundraising is such a challenge for startups that everything that makes it easier can only be good for the startup ecosystem," Moehring said.

It will be interesting to see how long it takes the company to find regulatory relief, and if its main products take off in Europe in an equally big way as in the United States.

(Disclaimer: tech.eu co-founder Jon Bradford is also a co-founder of f6s, which has some overlap with the AngelList platform) -- Featured image credit: udra11 / Shutterstock

AngelList is about to spread its wings in Europe (video interview)
Comments
Follow the developments in the technology world. What would you like us to deliver to you?
All

NEXT
Meet the people behind the tech behind Zalando (video interview)
During a recent visit to Berlin, Germany, we had the opportunity to visit and look around in…
Robin Wauters