Last week was an interesting one for Uber, as the American ride-booking service provider received flak from taxi drivers and associations across Europe in the very cities where it's attempting to gain a strong foothold among consumers.

It made for a lot of free publicity for Uber, and people looking for alternative transportation as taxi drivers protested and went on strike in metropoles like London, Berlin, Paris and Madrid propelled the Uber app to significantly higher download numbers and ratings.

At the heart of the public protests, at least according to most observers, is the fact that Uber is stealing business away from licensed taxi drivers, who believe Uber to be against local laws - and in many cases an unwelcome threat to their core money-making activities. 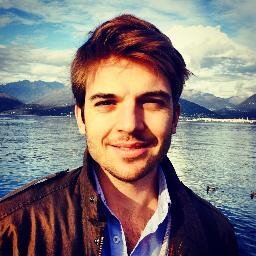 Late last week, we had an enlightening chat with Pierre-Dimitri Gore-Coty (pictured on the left), who has been responsible for building Uber's business in Western and Northern Europe as general manager for the region.

While he was not keen on sharing specific numbers or any kind of stats, Gore-Coty acknowledged that Uber is doubling revenue in the regions he's overseeing, too, and not just in the United States. He also asserted, perhaps surprisingly given the legal woes in places like Brussels and Barcelona, that Uber is still perfectly legal everywhere it operates in Europe.

tech.eu: Leaving aside the legal issues and turmoil for a minute, how's Uber doing in Europe, generally speaking? What are the fastest growing markets in these parts, and what are the biggest hurdles for growth?

Pierre-Dimitri Gore-Coty: I can't go into a lot of detail about which markets we're seeing the fastest growth in specifically, but we have a decent footprint in more than 10 countries all across Europe, and typically we see surges of activities in markets where there's a good balance on both sides.

That means there needs to be enough demand from users, but we also require a certain degree of availability when it comes to drivers, of course, so this balance of both drivers and customers needs to be right for faster-than-usual growth in new markets.

Overall, we're extremely happy with the traction and support from both sides of the equation.

Uber CEO Travis Kalanick recently told The Wall Street Journal that revenue is doubling every 6 months, but there was some unclarity about which markets he was talking about. Can you confirm that these are the income growth rates you're seeing in Europe as well?

Yes, I think they're somewhere in that ballpark here too indeed.

Uber often breaks into new markets with a lot of fanfare, only to get hit with bans and lawsuits afterwards. Does Uber knowingly break the law in European cities, with the intention of gaining market share and dealing with the legal aftermath later?

First, I would like to stress that Uber isn't against the law anywhere in Europe. If you examine the situations closely, even in places where Uber drivers are being targeted by court decisions as is the case in Brussels, we've not yet been declared illegal in any city we operate in on European soil.

If we know our service will be illegal in a given country, we simply won't launch there, or we'd cater our service offering to comply with local legislation - like the launch of UberPOP in Brussels.

That's an odd assertion, given the many people pointing to specific laws in, say, Spain, that basically don't allow apps like Uber to be used, and the lawsuits that result from this. What gives?

What is happening is that the transportation industry has historically been extremely regulated, and many of the measures date back many decades. Much of the regulatory framework that is relevant today was put together a long time ago with a different, outdated mindset, and focused on the protection of the industry rather than serving the needs of end customers.

Look at Paris, for example, where there are as many taxis driving around today as in the 1950s, while demand has soared. This creates problems, which we think we're not responsible for.

We believe technology makes private transportation booking both safer and more convenient, and that regulations should be adapted to fit with modern times. This would benefit everyone.

Do you understand the gripes of the taxi industry, whose reps are often painted as technology-averse luddites, yet oftentimes make valid points with respect to their local markets/legislation?

A lot of the discussion is missing the bigger picture, which is that the entire transport ecosystem is in need of change, and that the stringent regulations in place today were not put in place by Uber.

We don't believe taxis are a dying breed, and we're not out to kill them. In fact, we are convinced that more demand, as cities and transportation undergo changes, will ensure a happy co-existence between Uber and the taxi industry.

The protests in Europe from last week have resulted in quite some publicity for Uber, in what many describe as an ironic effect of the demonstrations from the taxi industry. Does the uptick in downloads and bookings make Uber happy with the protests?

Nice try (laughs) but we'd honestly rather not see any protests at all - consumers are really the ones who suffer the consequences from this, after all.

It's true that we've seen a large increase in interest for Uber during the demonstrations, particularly in London and Barcelona, but that was also thanks to promotions we've launched throughout the week, and the fact that people were simply more in need of alternative transportation due to the strikes.

Finally, there was a crazy rumour being repeated on Twitter that Uber planted 'agents provocateurs' to actually provoke taxi strikes and demonstrations. The public demands to know: is there any truth to this whatsoever?

I'm happy to say we can categorically deny any allegations of that sort (laughs).

Uber exec: 'We're perfectly legal and doubling revenue every 6 months in Europe, too' (interview)
Comments 3
Follow the developments in the technology world. What would you like us to deliver to you?
All

NEXT
Is this the best Europe can do? The Europas 2014 - who won, and why
Last week, yours truly hopped on a Eurostar train to London for one of the most anticipated…
Robin Wauters