A visit to Brainly, the Polish edtech company striving to change social learning for students

There’s a tendency for people to throw around the term ‘social learning’ as if it were a novel idea stemming from the rise of the Internet – it’s not.

In fact, the ‘social learning theory’ – which proposes that learning is a cognitive process taking place in a social context and can occur from learning by example as well as reinforcement of knowledge through human interaction – was established in the late 70s by Canadian-American psychologist Albert Bandura.

As technology advances and social networks become widespread, however, the concept of social learning has evolved into new breed that includes massive open online courses (MOOCs) and learning communities.

With over 25 million unique users around the world per month, social learning platform Brainly is tackling a particular area of edtech: crowdsourcing homework for the K-12 market. 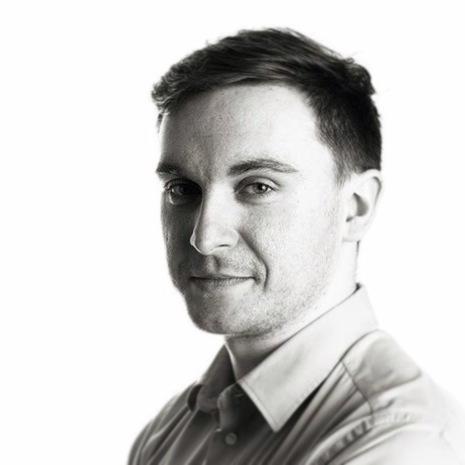 Brainly CEO Michał Borkowski (right) told us that the five-year-old Krakow-based company – which aims to help students share knowledge and learn from each other through its networks – saw its user base double over the past year.

More precisely, at the end of 2012, Brainly had about 10 million unique users and now it’s reached over the 25 million user mark.

It all started in 2009, with the launch of Polish website Zadane.pl, which was based on an online Q&A between students, said Brainly spokesperson Jakub Piwnik, who gave tech.eu a tour of Brainly’s office during our time in Poland’s second largest city.

So how did the idea for Brainly come about?

“We simply noticed how students are eager to help each other. Mutual help between peers is nothing new, so we decided to bring it to an online space. This kind of solution was something we always felt was missing in our school years. Now, students can connect online and work on their school problems together,” responded Borkowski.

After its success in Poland, the company expanded to Russia – which is currently its largest market – and then Turkey, before creating the Brainly brand in 2012.

Around that time, Brainly secured a $500,000 investment from Berlin-based VC Point Nine Capital and Polish business angels, which it intended to use to expand into new markets.

Fast-forward two years and Brainly is now present in over 35 countries. Interestingly, the Polish, Russian and Turkish sites – totalling around 5 million registered users as of March this year – are reportedly the only profitable ones.

“What is the oxidation number of manganese in KMnO4?”

“Where does the Liberty Bell hang?”

In a world where Google has the answers to almost everything, it’s pretty surprising to see students asking these questions on Brainly to be honest.

However, it’s also indicative of how the service, which features collaborative learning and crowdsourced homework help, must be striking a chord with users.

At its core, Brainly sites provide a free platform for users to ask for help and support for homework/assignments on a wide range of subjects, including English, math, history and arts. As an added incentive, there is also a gamified layer to Brainly, which allows users to earn points from answering questions as well as completing certain activities on the site.

But Brainly isn’t the only one tackling this area of edtech. In the US, where the company is looking intently to grow, it's a particularly crowded space.

American online student hub Chegg, which went public in November 2013, has a Homework Help portal that offers a way for users to tap into its community for support with studying on an array of subjects. Additionally, social learning network OpenStudy – which is based in Atlanta, Georgia and backed by $1.3 million – provides a similar platform enabling students to ask questions, offer help and connect with others. Broadly speaking, Quora and Answers.com are also competitors.

As for monetization, it's not a huge focus for Brainly right now. Instead, Piwnik said the company is concentrating on "building global awareness and brand recognition around the world". 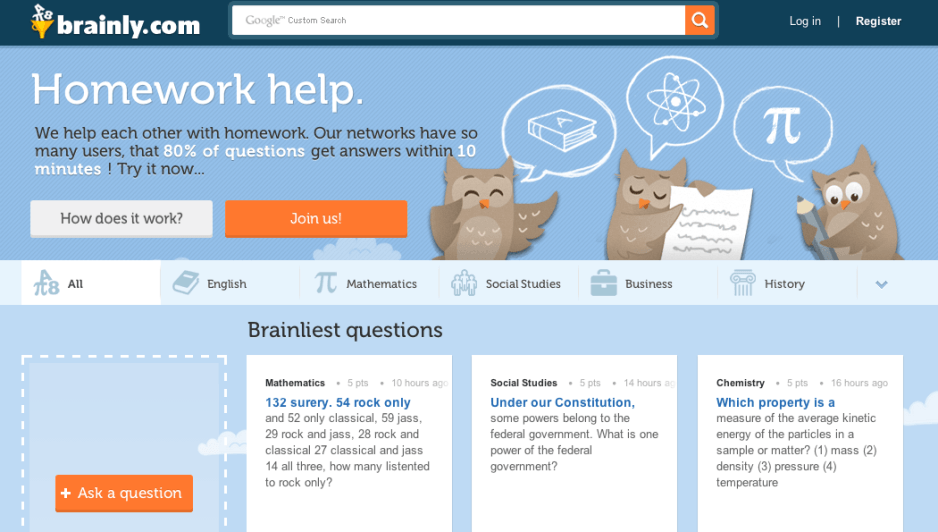 It sounds slightly concerning, considering the company – which is five years old and employs 50 people – only received a $500,000 investment two years ago.

At the moment, Piwnik said Brainly is looking for more funding, but wouldn't disclose any details.

In January, Brainly debuted 12 new localized sites, including one for the US, which the company sees as a key market... What's next?

"Keeping in mind that over the last year we doubled the number of our unique users, we plan to do this once again. It's a big challenge, but with the new language versions launched, we'll make it happen," said Brainly CEO Borkowski.

"Another thing we'd like to concentrate on is developing our mobile apps. We see how young people are turning to mobile devices, rather than desktops, and we definitely want to tap into that."

A visit to Brainly, the Polish edtech company striving to change social learning for students
Comments
Follow the developments in the technology world. What would you like us to deliver to you?
All

NEXT
From brain training to edutainment: Getting serious with gaming
Editor’s note: This is a guest post from Sagi Shorrer, co-founder of London-based startup…
Sagi Shorrer